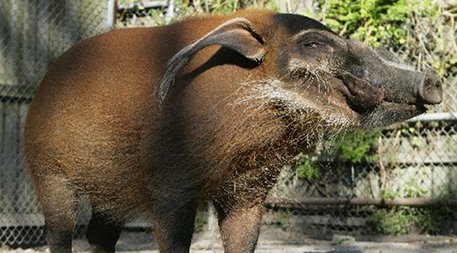 China Economic Review stands by its report on Zhongpin Inc.

On July 15, China Economic Review Research issued a report on the company Zhongpin Inc. (HOGS.NASDAQ) which raised questions as to the legitimacy of the company’s business and the information in its filings, particularly with regard to retail store numbers and suppliers.

Our research team spent several weeks collecting information on Zhongpin’s retail network, suppliers and slaughterhouse production. Prior to issuing the report on our findings, we requested information from Zhongpin and attempted to arrange meetings on numerous occasions, but the company declined to provide even a list of retail stores’ locations.

Following the release of the report, we were contacted by Zhongpin and spoke to a member of the management team named Vivian Sun. She said our report was erroneous, but she promised Zhongpin would be happy to cooperate with our investigation to clarify any inaccuracies. We replied that we would produce a revised report including further information. We asked again for a list of retail stores and suppliers, and the company finally provided a list of 1,312 retail store locations ahead of a conference call for investors held on July 20, at 8am EST.

During the conference call, Zhongpin’s management said CER’s report contained “numerous incorrect facts, incorrect assumptions, sometimes limited sampling and is generally based on relatively superficial understanding of the business and the industry.” During the question and answer portion of the call, one investor asked if all retail stores are clearly branded with the Zhongpin logo out front so people can easily identify them, to which Zhongpin’s Chairman and CEO, Mr Xianfu Zhu replied, “Yes, all of these 1,312 stores are supplied by Zhongpin and all of them display Zhongpin’s logo.”

Following the conference call, our research team reviewed the 1,312 locations of retail stores provided by Zhongpin and found the list confusing and incomplete. Only 30 addresses out of the 1,312 included a street number. Some addresses were so general as to be useless – two had the address “Minhang District, Shanghai.” Minhang district is half the size of New York City with a population close to that of Chicago. There were many other similar examples. More than 250 of the locations given were simply the name of a town or village. The list also contains numerous errors and duplications. The company IR manager Sterling Song, in the conference call said: “In our list [of retail outlets], you can find a total of 70 stores listed for Luoyang which the writer staff failed to find.” But the list Zhongpin provided only included 31 stores for downtown Luoyang, and our search found two Zhongpin stores in Luoyang the company itself failed to list.

The state of the retail outlet list, and particularly the serial number system for outlet locations, reveals management problems with Zhongpin that we had previously been unaware of. There is clearly significant confusion in terms of the management of the retail network. The company also uses a strange system whereby sales staff and regional management are rotated to work in other regions every six months.

Based on the retail location list, we began a new round of research, concentrating on the cities of Shanghai and Luoyang.

In Shanghai, we visited 78 out of the 104 store locations listed while 26 store locations were not visited because the addresses provided were too vague or were exceptionally far away. Of these 78 locations, we were able to confirm the existence of 35 Zhongpin branded stores.

In Luoyang, Zhongpin lists 31 stores of which we were able to confirm the existence of 13 stores.

In response to a request from China Economic Review Research, Zhongpin arranged for its staff in Shanghai to help our researchers to find outlets we were unable to locate during our initial search. One of the preconditions for the tour was that we provide the list of locations not found to the company ahead of time, which we did. The tour was scheduled to begin at approximately 9am on Friday China time and finally began at 10.40am.

For the three locations where no Zhongpin outlet was found, the explanation from Zhongpin representatives was that the outlet had moved recently or was under renovation.

Most of the 10 outlets that our researcher visited were not stores at all, but were simple counters in open market areas, with a Zhongpin sign hanging over the counter. It was impossible for our researcher to know when the sign was hung. At two of the counters, our researcher asked the staff how long the outlet had been operating, and both said “I don’t know”.

At two outlets visited, the managers complained to the Zhongpin representatives about the quality of the meat supplied by the company to the stores.

Our conclusion based upon the tour arranged by Zhongpin is that the company has more outlets than was apparent in our initial research, basically because many are very small, or in inaccessible or incongruous locations. Zhongpin’s manager in charge of Shanghai outlets, Mr  Zhang Haiyang, agreed that “finding Zhongpin outlets in Shanghai and other places around China could be extremely difficult because of unusual locations, such as in the middle of fabric markets or under bridges.”

But the numbers speak for themselves – only four of the 10 outlet locations in Shanghai visited from the company’s masterlist and provided by CER to the company ahead of the tour were correct.

The Shanghai tour provided us with a clearer view of Zhongpin’s business and the nature of its retail network. While the numbers of retail outlets referred to in our original report will need to be readjusted based on the company’s welcome decision to cooperate, we still see a gap that requires explanation, and we stand by the basic conclusions of the original report.