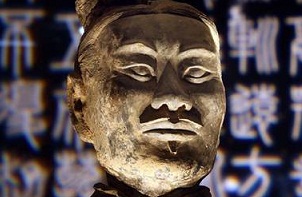 The year of tactical thinking

This fall, the 350 members of China’s Central Committee will gather in the Great Hall of the People near Tiananmen Square in Beijing to participate in the 18th National Party Congress, a bureaucratic feat of stunning proportions.

Roughly 200 of those congressional members are slated to retire, as are up to 17 members of the 25-seat Politburo, the governing body drawn from the congress. As many as seven members of the nine-member Politburo Standing Committee, China’s highest decision making body, will step down, and seven of the 10 members of the State Council, China’s cabinet, will retire or move to different organizations. These changes will also be accompanied by a massive personnel shift at the provincial and local levels.

Who will fill these vacancies remains a mystery. After consulting former heavyweights such as Jiang Zemin and Zhu Rongji, the current Standing Committee, including President Hu Jintao and Premier Wen Jiabao, will likely create a short list this summer (perhaps in the proverbial smoke-filled back room). They will then meet again a few weeks before congress convenes to finalize the list.

The public will not know who their helmsmen will be until the men walk out onto the stage at the congress in order of superiority. Even so, it is widely believed that the successors for Hu and Wen are already set: Xi Jinping, the current vice president, seems almost certain to replace Hu, while current Vice Premier Li Keqiang is likely to take over Wen’s post.

Distributing the remaining positions will be akin to a game of musical chairs. Most political analysts identify ten officials (see page 22) who hope to nab one of the remaining seven spots. Of course, deals can be cut at the last minute, and a dark horse could always emerge. “It would surprise me if someone outside that group came on, but it’s not at all impossible,” said Robert Lawrence Kuhn, the author of How China’s Leaders Think.

Confounding this uncertainty is the possibility that the number of seats on the Standing Committee could increase. The group was only expanded to nine members from seven in 2002, and some speculate it could be expanded to 11 in 2012 in order to facilitate the difficult process of cutting deals for membership.

Most Chinese leaders will be new to their posts after the transition. How will they differ from their predecessors in directing the world’s second-largest economy? Western businesses, many of which have tied their fortunes to China, are watching the process much more closely than ever before for clues to this future course.

Reassuringly, the new candidates appear to have even more executive experience than many of their predecessors. Nine of the 12 men have run two or more provinces, while another contender, Li Yuanchao, ran one province and three major government organizations.

The challenge of running a province should not be underestimated, said Cheng Li, a senior fellow at the Brookings Institution. The provinces of Henan, Shandong, Sichuan, Guangdong and Jiangsu are respectively more populous than Germany, England, France, Italy and Spain. Provincial leaders must have successfully addressed issues such as GDP growth, unemployment and social stability to advance their careers, said Li.

Western analysts have noted with some relief that many of the rising leaders were educated abroad and have experience dealing with foreign countries and companies. Although the third and fourth generations of Chinese leaders were composed almost entirely of engineers, the new crop includes lawyers, economists and businessmen.

But despite this optimism, the chillier attitude that China has adopted toward foreign businesses seems likely to be here to stay. China is still welcoming foreign companies with advanced technology, but the country no longer has so much need for foreign capital, said Damien Ma, an analyst at Eurasia Group.

The government seems likely to continue supporting policies that give some Chinese businesses an advantage over foreign players. “China’s leadership wants to do what’s in their long-term interest, and the leadership has determined that interest is served by having Chinese enterprises be among the world leaders in all industries,” said Kuhn, a corporate strategist and government advisor. “The real feeling is that, during their term of office, they want to further the emergence of China.”

When it comes to determining the other policies that the new leaders are likely to support, the tea leaves start to look very murky indeed. Thus far, the future lineup seems likely to carefully preserve a balance of power between conservatives and reformists. Observers tend to single out two factional groups based on the methods by which leaders came to power: via the Communist Youth League – Hu Jintao’s power base – or as the son or daughter of high-profile leader, an elite group known as ‘princelings.’

These factions can be broadly divided by policy focus, though the positions of individual politicians vary widely. Those who have risen through the Communist Youth League, called tuanpai in Chinese, often prioritize the interests of less-privileged households, wrote Li of Brookings. They tend to support populist policies like the affordable housing program and anti-corruption initiatives backed by Hu and Wen’s administration.

The princelings, meanwhile, are often from developed coastal areas and advance an agenda that Li labels “elitist” but that business leaders might call “reformist” – prioritizing market liberalization, financial reform, economic growth and policies that benefit entrepreneurs.

The two factions are almost evenly balanced in the current political lineup. Within the 25-member Politburo, princelings now occupy seven positions and tuanpai occupy eight, said Li. And there is a near-perfect balance among the rising stars of the fifth generation.

Current leaders have given a strong signal that this equilibrium remains one of the most important criteria in the selection of leaders: namely, their selection of Xi and Li as the heirs apparent.

Xi has a strong princeling pedigree as the son of Xi Zhongxun, the vice premier under Mao Zedong. Li Keqiang, by contrast, formerly led the Communist Youth League and has championed issues like affordable housing, food safety and public health care. Some speculate that current vice premier Wang Qishan, another princeling, was first in line for Li’s job, but was passed over because of the perceived need to preserve this balance.

But some analysts caution against taking this factional paradigm too far. Personal relationships have far more sway in Chinese politics than factions, they say, giving politicians more room to adopt a range of positions than in a two-party system.

“What you find is that on specific issues of substance, those alliances can become more fuzzy or porous,” said Kuhn. “I think that there’s an oversimplification that assumes there’s absolute boundaries, like Republicans or Democrats.”

And unlike the US system, where Republicans and Democrats are vehemently opposed on almost every issue, there are certain goals that all Chinese officials have in common: preserving the Communist Party’s rule, for one. To that end, leaders may go to great lengths to present a unified face to the public. As a result, many officials cannot be neatly pidgeonholed into either category.

Finally, it may be more correct to see the tuanpai as a cohesive faction than the princelings. “It’s hard for me to be convinced that the princelings are a legitimate faction at this point,” said Ma of Eurasia Group. “They may be a loosely based coalition because they have some similar background … But it’s not clea
r to me that Xi Jinping and Bo Xilai get along [or] actually like each other personally.”

Even though it is difficult to determine exact factional lines, there are conclusions to be drawn from the political process. China is a country in the middle of a rapid economic and social transformation, and its political system has not been left untouched. Structural changes are underway that will affect how China operates domestically and internationally.

The most notable trend is that the process of decision-making in China is becoming much more diffuse. The China of the past was characterized by one strong paramount leader: the “Great Helmsman” Mao Zedong; then Deng Xiaoping in the second generation and Jiang Zemin in the third. These men overturned challengers and pushed through reforms by the force of their political will.

Beginning with Hu and the fourth generation, decision-making started to become a more collective process. These days, a candidate for office will have been approved by dozens of superiors, rather than the handful that governed a decade ago. This is partly why the current rising candidates have such strong resumes; those without much governing experience do not survive the vetting process.

Another related trend is the growing strength of the media. State media has always played a role in governance by shaping public opinion in China. But the rise of the internet, smartphones and microblogging programs like Sina Weibo have greatly expanded the media’s reach and complicated the process of scripting and disseminating propaganda.

Some politicians have also begun using the media’s greater reach to their advantage. For example, Chongqing Party Secretary Bo Xilai and Guangdong Party Secretary Wang Yang have launched something akin to public relations campaigns in the last few years, earning them the nickname “the two cannons.”

The men carried out a public disagreement over something called dangaolun, or “cake theory,” a metaphor for the debate over how to redistribute the very uneven benefits that economic growth has delivered, said Liu Yawei, a fellow at the Brookings Institution. Wang suggested the country should focus on baking the cake first and divide it later – in other words, a pro-growth agenda. Bo – whose headline-grabbing antics include a campaign to raise public morale with Cultural Revolution-era songs – argued that politicians should figure out how to divide the economic cake before they bake it, meaning China should focus on closing the yawning wealth gap.

Their debate also brought the otherwise reticent party secretary of Tianjin, Zhang Gaoli, out of the woodwork. Zhang, who may be competing with Wang and Bo for a seat on the Politburo Standing Committee, subtly derided Wang and Bo’s jockeying by adopting the motto, “Do more, speak less.”

Bo’s focus on eliminating social inequality and singing red songs may seem odd, since he is nominally a member of the advantaged princeling pact. Yet some have suggested that Bo’s aim is not to appeal to the average nationalist on the street, but to demonstrate his red credentials to the more conservative elements in the party, for example those in the People’s Liberation Army. Bo may hope to leverage this support to gain a seat on the next Politburo Standing Committee – yet another example of the increasing diffusion of decision-making in China.

The key in judging how the political transition will affect China’s future lies in separating the fleeting byproducts of a transition from ongoing structural trends. Politicians all around the world tend to adopt more nationalistic rhetoric during elections. But this political posturing often dissipates with the transition.

China has seen even more avowals of red patriotism, censorship of the media and sensitivity to mass protests in the past year. These trends are likely to recede as future leaders consolidate their power. But the diffusion of decision-making and the more prominent role of media are phenomena that are here to stay.

As Chinese politics emerge from the smoke-filled back room, the country is likely to see both more compromise and more conflict – a prospect that is both hopeful and unsettling. For example, the tougher vetting process seems to be producing better-qualified candidates who may be more responsive to people’s demands. Yet collective decision-making also threatens to slow the policy-making process. And if public conflict becomes too intense, it may also endanger stability, since the Party has no institutionalized means to resolve public disputes.

“The ongoing political discourse or ideological discourse, like many things in China, is a paradox of hope and fear,” Cheng Li told a crowd in the US last September. “It is promising and dangerous at the same time.”