Home Consumer The color of money 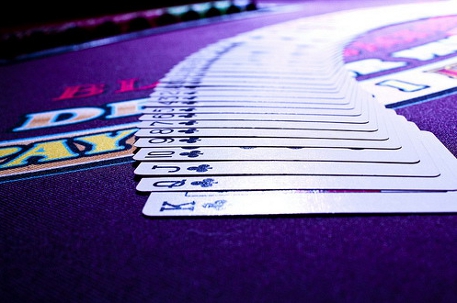 The color of money

Long a kingpin of the Vegas Strip, Las Vegas Sands (LVS.NYSE) has followed the action out east. While the recession has largely staunched the American appetite for gambling, business is still booming in Asia’s newly built casinos.

Macau, a former Portuguese colony that was returned to China in 1999, is the only place in the PRC where table games are legal. As a result, it has become a magnet for the fortunes being amassed in southern China. Now the largest gaming market in the world by revenues, Macau is projected to earn five times as much as Vegas will in 2011.

Las Vegas Sands has among the best exposure to this market through Sands China, a subsidiary that listed in Hong Kong in late 2009. The subsidiary currently operates The Sands Macao, The Plaza Macao and, its largest casino, The Venetian Macao.

The Venetian Macao has the same canals and gondoliers as the Sands Las Vegas house, but it is twice as big and far more profitable. While the Las Vegas casino brought in US$4,032 per table per day in the second quarter, tables at the Sands Macao, the Plaza Casino Macao and the Venetian Macao were pulling in US$9,926, US$10,420 and US$13,269, respectively.

The Venetian also has the strongest mass market appeal of any Macau brand: In a survey released in September, Macquarie Securities Research found that 42% of 2,000 respondents chose the Venetian Macao as their preferred casino.

Sands China’s stock has been volatile over the last few months, swinging from lows of HK$18 (US$2.50) to highs of HK$25 on reports of slower revenue growth and an investigation into its parent company by the Securities and Exchange Commission.

The stock plunged further in early October, as rumors that tightening on the mainland was creating problems for junket operators (the companies that finance many VIP trips to Macau) sparked a sector-wide selloff.

These problems may provide a good opportunity to buy into the company. Credit tightening may slow the industry’s growth, but profit trends are unlikely to mirror the sharp drop in share prices. With its higher proportion of mass-market gamers, Sands China is also less exposed to the risk of slowing VIP visits than competitors like SJM Holdings (SJM gets some 70% of its revenues from VIPs).

Keep the riff-raff in

Furthermore, Sands China’s share price seems set to rise as the opening of its next big project attracts investor attention. Scheduled to open in stages in 2012 and 2013, the Sands Cotai Central has an entertainment focus, with twice as many hotel rooms (6,000) and roughly half as many tables (530) as the nearby Venetian Macao. Since Macau’s gaming industry is tightly restricted, it is a particularly coveted opening.

Typically, when huge profits are available in an industry, that business is flooded with new entrants until margins are all but squeezed out. But that has never been, and is unlikely to be, a problem in Macau. Local regulations have thus far created a barrier to entry for all but six approved companies and set caps on the maximum number of tables.

In this environment, demand obviously outstrips supply, creating a huge potential for profits. The company’s CEO said in September that its board of directors may pay a dividend next year, since cash accumulated from its operations in Macau and Singapore now exceeds its funding needs for potential expansion in Asia and Europe. In the first half of 2011, Sands China’s profit shot up 115.4% to US$539.5 million. Analysts believe it will continue reporting the strongest EBITDA in the industry.

There are risks to the company, of course: For one, casino stocks are very susceptible to economic pullbacks, meaning that a hard landing for China’s economy would (at least temporarily) decimate the industry. Sands China has significant exposure to manufacturing activity in southern China, which could slow further if the US and Europe remain mired in recession. Meanwhile, Macau faces increasing competition from rising gaming centers in Singapore, the Philippines and perhaps Taiwan.