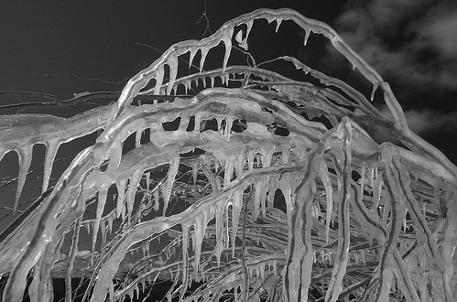 No one could accuse The Gap of lacking ambition. David Zoba, their senior VP for global real estate (is everyone in America a senior VP?), is predicting that the once-great jeans and casual wear retailer will have a US$1 billion business in China in three years. He doesn’t say if that’s gross or net, but either way it’s a slice of good old-fashioned Yankee optimism, as the sales will come from only a handful of stores. To say that Gap’s entry into China underwhelmed the consumers of Shanghai and Beijing would be putting it kindly!

Regular readers of this column will know that Zoba is hardly alone in being slightly over optimistic when it comes to China roll-outs. Uniqlo, which once pledged to open 100 stores a year in China through 2020 (that’s right – 1,000 large format stores in a decade), has scaled its plans back a lot since the halcyon days of opening its underperforming global flagship on Nanjing Road. Meanwhile, Esprit may rethink its US$2.3 billion investment in light of the pathetic 0.5% growth it recorded in China in the first half of this year. Still, it seems there’s no end to the senior VPs with China stars in their eyes who love to throw out the big numbers. Question is, why do the hack-pack reprint these fantastical claims so obediently without asking a few basic questions?

Late October and early November turned out to be T-shirt weather and overall a bust for the autumn (“fall” if you must) collections. Lightly attired consumers strolled on past the woollies, scarves and hats at Next, C&A, H&M, Metersbonwe and The Gap, prompting store managers to weep into their lunchboxes. Still, look on the bright side, the New Year sales will be terrific…if you need a cardigan and a coat!

The big debate for retailers now is whether 2012’s really, really early Chinese New Year will be a good thing or a bad thing. Several schools of thought compete: The glass-is-half-empty theorists say that with everyone in first-tier cities now buying Christmas presents and splashing out during the western New Year, an early CNY will mean less spending and more combining of pressies. However, the glass-is-half-full proponents say that the splurge will be massive, of orgiastic proportions, and high-end and luxury products will do well as combining means higher per-item spending. It’s been a good long while since we had a CNY so early in the calendar, so there’s not a lot of science at work here, I’m afraid.

Everyone was happy to see inflation cooling again in September, and non-food retailers were glad that the inflation that is still lingering around is largely confined to food. But it seems to me that many services are still seeing quite a bit of inflation. Take dry cleaning, an example that mostly hits the middle class. Costs have nearly doubled in China in the last year due to rises in the cost of labor, rent and detergents. Where I live in northeastern Shanghai, several dry cleaners have gone bust while others are noticeably less busy.

With the rows over the new fees system at Taobao causing a government enquiry and group-shopping sites continuing to pop up in any available space on the Chinese internet, one feels compelled to agree with the wise words of Wang Huiwen, VP (let’s hope he’s senior too) of group-shopping site Meituan.com: “The group-buying bubble is now as large as the ozone layer, and a very chilly winter is coming.” Quick – get out those unsold jumpers from the autumn collection!