Home Business An educated guess: The value of online ads baffles even the industry 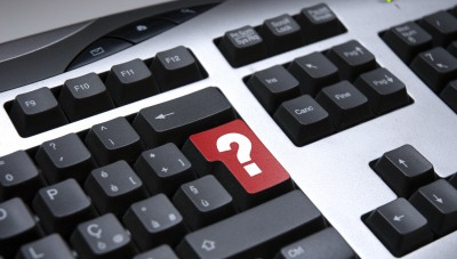 An educated guess: The value of online ads baffles even the industry

Investors have fiercely debated the proper valuation for China’s burgeoning online video sites over the past year. The focus of much of the contention has been Youku, the country’s largest site by a slim margin, which carried out a much-hyped IPO in December of last year but then saw its share price slump as soon as the expiration of a lockup-period allowed institutional investors to unload some of their shares.

The company’s share value fell from US$70 in April to US$15 in November, but some still argue the company is overvalued: It maintains a market capitalization of US$1.66 billion, but due to high costs for bandwidth and video content, it has yet to record a profit.

Most investors who are bearish on Youku cite future profitability as their main concern. The root of this concern lies in a fundamental problem shared by all online video sites: It’s still unclear exactly how much their products are worth. The problem is not confined to China. No common metric exists for advertisers to gauge how much an online TV advertisement is worth in relation to traditional TV, so there is no set, accurate way to price online ad inventory.

“No one really knows how it works,” said Jessie Goranson, Shanghai-based senior vice president for media and telecom at Nielsen, a marketing research outfit. “Think about the fact that we have 50 years of experience in understanding what works in television, how advertising is affected with a celebrity or without a celebrity, ‘pod position,’ and so on. Online video? It’s been around about 10 years. And only in the last five has it really exploded.”

The problem starts with measuring how many people are watching. Online ads are measured by “impressions” – the number of times a viewer sees an ad. But if “Happy Camp” switches to commercial, online viewers may well turn to blogging on Weibo or chatting with friends on QQ. If they then flip back to watch the show after commercials, that’s counted as two impressions. But it’s clearly not two viewers, and online portals and ad agencies are not yet sure how to differentiate the two.

Beyond the basic reach, measuring ad impact becomes even trickier. Start with the benefits of online TV: Targeting specific audiences can be much easier than on traditional television. “If you’re watching videos of Dwight Howard slam dunking, there’s a pretty decent chance you might be interested in Adidas shoes,” said Seth Grossman, managing director at Carat China, a media buying agency. “It’s a reasonable assumption, especially if you come back three times to watch that same video.”

But then come the filters. If the viewing environment is a 14-inch laptop screen, should that ad price be discounted against a 42-inch traditional TV screen? “In terms of an immersive experience, it certainly has an impact,” said Grossman. But how much, and what is the discounted price?

Timing the call of nature

Such psychological debates are merely the tip of the iceberg; the devil is in the endless details that determine individual inventory prices. The pre-roll of online videos are generally shorter than the commercial break before a traditional TV program – does that mean viewers are less likely to run for a bathroom break? Should ad inventory in the third commercial break of an online video be discounted against the first break, or are viewers less likely to switch browsers as the show reaches a climax?

To be fair, it’s not just the online TV industry that faces tough questions. “No one knows for sure how much a banner ad on the top left-hand side of Sina [Weibo is worth], versus a pre-roll video online, versus a social ad on Renren, versus one of the new technological platforms like a set-top box,” said Goranson. “A lot of good research has been done, but there is no standard measurement for how this very diverse set of ads work.”