Home Business EXCLUSIVE: Survey on US investors in Chinese equities 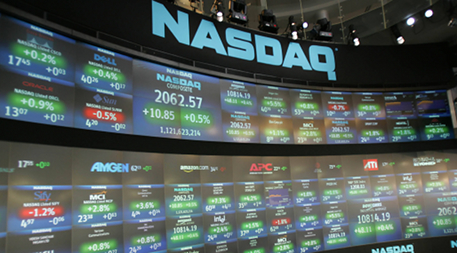 EXCLUSIVE: Survey on US investors in Chinese equities

The mainstream media has recently been full of disaster stories about Chinese stocks, accompanied by a litany of complaints by US investors and lawyers assembling class-action suits. Certainly some US retail investors who made big bets on sketchy Chinese firms have taken substantial hits. But how representative are they?

China Economic Review collaborated with Ipsos Marketing, a leading global research firm, to design and implement a survey that would take a long-overdue snapshot of US residents who play Chinese stocks. Many of the results confirmed conventional wisdom. Others were quite startling.

The respondent pool was composed of 1,000 US residents who actively trade stocks on domestic exchanges. Of that pool, 22% had previously bought shares in a US-listed Chinese firm, a surprisingly high number. Within that 22%, two-thirds had bought or sold shares in a Chinese company in the last 12 months.

China traders are not typical American investors. Testosterone appeared to play a role in driving them to invest in Chinese shares: 53% of the total sample was male, but 68% of China traders were men. They were also younger, better educated and wealthier than their counterparts who steered clear of China stocks (henceforth referred to as “non-traders”). Those earning over US$80,000 a year made up 31% of the general pool, but 46% of the China traders.

China traders tended to play stocks in sectors they were familiar with: electronics and technology, telecom, internet firms, consumer goods, materials and energy. However, buy and sell sentiment varied between sectors. The largest net buy sentiment was found in energy, telecommunications and consumer goods stocks, in that order; curiously enough, sentiment toward Chinese dot-coms was neutral, with as many investors buying as selling. This suggests that the investors driving high valuations for Chinese dot-com stocks may be institutional investors, especially hedge funds – and/or high-velocity day traders.

The motives for buying Chinese stocks were unsurprising: 61% of buyers cited the future growth prospects of the Chinese economy as their justification for executing a buy order. Those that sold, on the other hand, tended to justify it on the basis of the individual stock’s recent performance (56%), or with wider problems with the perceived valuation of all Chinese stocks in the US (30%). As a rule, US investors appeared to buy on macro and sell on micro.

Whatever their reasons, they managed for the most part to sell at a net profit. The average profit of the China traders was US$2,433 over the last 12 months, and 96.5% of them said they made a net gain on their China investments.

The strong portfolio performance of US retail investors is no doubt in part thanks to their resolute rejection of shares in Chinese companies that listed through reverse mergers. Only 16% of the respondents indicated they would consider investing in such stocks – although it must be noted that reverse-merger companies do not advertise themselves as such, and it is easy to buy shares in a Chinese firm without understanding its provenance.

Unsurprisingly, China traders were far more bullish on China than those who remained on the sidelines. Of those who play China shares, 65% rate Chinese stocks a buy or a strong buy – this is not a short-selling bunch – compared to 34% of those who have yet to invest in the China story. But sentiment toward Chinese equities has improved across the board. Half the sample has not changed their perception of Chinese stocks over the past 12 months, but 29% of both China traders and non-traders say they are more optimistic or much more optimistic about mainland companies.

In conclusion, American retail investors appear to be not only bullish on China, but intelligently and profitably so. Despite news reports depicting the individual US investor as a hapless victim or a reckless gambler, he appears to be doing his homework.

Open the attachment below to view our PowerPoint presentation Online Survey: The American investor in US-listed Chinese companies