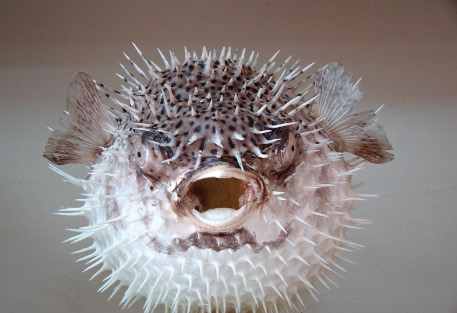 At first blush, it would appear that China’s economy is balanced on a knife’s edge. Over the past year, media reports have shown the country’s leaders to be as danger-wrought as Odysseus navigating the Strait of Messina: Wen Jiabao and Hu Jintao bravely routing the good ship China between the Scylla of inflation and overheated growth on one hand, and the Charybdis of a hard landing on the other.

Over the past month, consensus has been building that China is now listing towards the dreaded whirlpool. Flagging economic growth in the West and tightening measures within the country have resulted in slowing imports, exports and GDP growth. Now both statistical and anecdotal evidence show that restrictions on home purchases and loans are weighing down on the property market. Prices have flattened and even begun to fall in some cities; homeowners in Shanghai, Beijing and other well-to-do cities have protested in the streets after seeing the value of their recently purchased homes fall by 30%.

Property plays a huge role in China’s economy, accounting for a quarter or more of GDP. Many believe that the current restrictions are in danger of triggering a sudden drop in property prices. That would destroy the wealth of homeowners, banks and governments at all levels, they say, disrupting the financial system and the economy – in other words, the much-feared hard landing scenario. At the moment, there is much at stake in avoiding this outcome. Wen and Hu hope to ensure a smooth transition when they step down next year to make room for the new crop of leaders in Zhongnanhai.

So it may have been a surprise to some when Wen said in late October that Beijing would strictly maintain its curbs on the property market. “I will especially stress that there won’t be the slightest wavering in China’s property tightening measures. Our target is for prices to return to a reasonable level,” he pledged.

Both China’s leaders and people seem to recognize, as some outside observers don’t, that the real estate restrictions alone will not burst the asset bubble of China’s property market.

First, prices are more robust than some pundits fear. Reports of 20-30% decreases in housing prices grabbed headlines, but these were isolated discounts offered at new properties to entice buyers. Nationwide, the truer picture is that price growth has merely flattened off. Real estate website SouFun reported that prices dropped in 58 of 100 sample cities in October, with the month-to-month decline increasing from 0.03% in September to 0.23%.

“They have basically achieved price stability, which doesn’t make for great headlines,” said Michael Klibaner, the head of research at Jones Lang LaSalle in China.

But more importantly, the bubble is not bursting because restrictions are merely suppressing, rather than eliminating, the drive to invest in property. As in the past, these restrictions are likely to merely push demand further down the road, and probably magnify it.

Many potential buyers have adopted a “wait-and-see” attitude; they are not buying now because they expect to see better bargains in the next year. When they do return to the market, their purchases will only feed a greater upswing in prices. Likewise, some local governments have achieved “price stability” by simply banning higher-priced properties from the market; that, too, cannot last forever.

Over the next few months, prices will broadly continue to decrease and discounting will become more common, but not necessarily because the bottom is falling out of the market. As Klibaner noted, part of the reason for more aggressive discounting is that the end of the year is approaching: Listed property developers must meet year-end sales targets or risk getting hammered on stock markets.

One result of this situation is the phenomenon of “upside-down” markets in some cities, meaning that new homes are cheaper than similar used ones. This is clearly an aberration; it indicates that even as property developers are slashing prices, Chinese individuals themselves are much less willing to sell. A primary reason for this is that one of property’s main functions in China is as a vehicle for savings.

All the piggy banks in China

The cause of China’s property bubble is simple: The roaring economy has produced a lot of cash, and people lack secure places to put it. They cannot easily send their money overseas, and mainland stock markets are both opaque and volatile. They are reluctant to save in the bank, lest their wealth be eroded by low interest rates and inflation. So many of them have invested in property, which has consistently notched up double-digit annual returns. Property ownership has become a badge of security that young working people can display to their parents and that a man can display to his fiancé.

Current property restrictions by themselves will not burst the asset bubble because they address only the form of the investment, not the reason for investing: They treat the symptoms, not the disease.

Addressing the bigger problem would entail difficult reforms: liberalizing deposit rates, enabling currency convertibility and easing capital controls. Obviously, enacting these reforms will take time and tremendous political capital. And with the political transition approaching, few in Beijing are likely to muster the gumption to carry out bold reform.

Restricting property purchases is easy, but providing secure alternatives for investing is hard. That’s why many buyers have adopted a “wait-and-see” approach. In the near future, the lack of financial alternatives is just another argument for the stability of the property sector. After all, there is nowhere else to put the money.