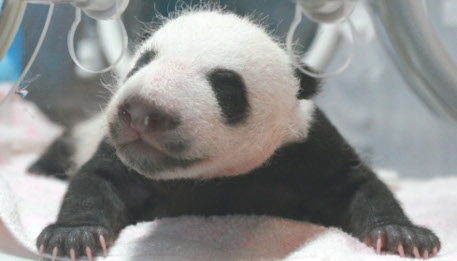 Beginning in the fifth century BC, a small community of Greek citizens went on a creativity binge that transformed the world.  The Greeks invented levers, hydropower, gears, screws, democracy, made huge advances in mathematics and philosophy, and churned out so much high art that 2,000 years later it was recycled and called the Renaissance.  Leaders around the world look at the Greek example, scratch their heads and wonder “Well … how do we do that again?”  In the venture capital community, they take it one step further, asking: “How do we make buckets of money off that?” (Or alternatively: “How do we get the right entrepreneurs the resources they need to effect global, game-changing impact?”)

For some venture capitalists, the answer was to reproduce a Greek-style creative community in a petri dish: the so-called “startup incubator.” Compared to the traditional seed-capital method of investing, the incubator model is a far more hands-on approach. An incubator combines promising entrepreneurs with exciting ideas, gives them enough money to execute and guidance from experienced start-up investors and industry veterans, subtracts the administrative hassles of putting together a new business, and lets it all ferment in the primordial ooze.

The model has spread to China and flourished. Incubators are popular with technocrats here because they offer a potential solution to the infamous Chinese creativity problem, which is a major bottleneck to economic development. To drive innovation, the central government has experimented with policy solutions, including heavy investment in science and technology, targeted subsidies, and tax benefits. In the late 1980s, support for incubators was incorporated into the mix, and preferential policies for “creative zones” and technology parks became the norm. As a result, more than 50 publicly traded Chinese companies can trace their origins to the incubation model. Unfortunately, most of them are not particularly innovative, and there are real questions as to whether the Chinese top-down approach to creativity is really compatible with the incubator model.

To be fair, the utility of incubators has been questioned in other countries as well. In the US, which pioneered the idea, the popularity of incubators has naturally tracked enthusiasm for technology investment. At the peak of the US tech bubble, there were nearly 600 incubators throughout the country, some cultivating viable ideas, but many others sheltering bunk business models. When the bubble popped, a fleet of incubators went under without so much as a ripple.

At the same time, incubators have not been without results. Many successful and innovative companies (Yelp, Zygna, Reddit, Tumblr and Bitly) had their start in incubators, and well-known investors such as Bill Gross and Softbank have backed creative communes. Today, the formation of a new technology bubble has revived enthusiasm for incubators in the West. Take, for example, Silicon Valley’s Y-Combinator startup incubator: Earlier this year, one fund agreed to take stakes in every company accepted into the Y-Combinator with no diligence whatsoever; the VC would write 40 checks for US$150,000 to all of the entrepreneurs that made the cut.

The forces driving incubation in China, however, are more rooted in the state than the market. The PRC has popularized the model from the top down, creating a network of government-funded, mostly non-profit incubation programs. Officials have placed heavy emphasis on the model: In 2008, Beijing announced plans to increase the number of business incubators to 1,000 by 2010. Statistics from the Ministry of Science and Technology are impressive. Incubators and technology parks have propagated across the country; businesses have rushed to incorporate inside them; incubated tenants have exhibited strong revenue growth and filed tens of thousands of patents.

However, the phenomenon is not entirely policy-driven. Given the recent stratospheric profits earned by VCs exiting from Chinese internet IPOs (Youku, Dangdang and the like), for-profit incubators are thriving here as well. The most visible is Lee Kaifu’s Innovation Works. Lee, a former head of Google China and before that a vice president at Microsoft, often broadcasts his opinion that Chinese talent is running far ahead of Chinese innovation.  His incubator functions as both a training site and a US$115 million fund; investors include heavy hitters with ties to Foxconn, Lenovo and Youtube.

Even so, it remains difficult to say at this point how many Chinese incubators represent attempts to cash in on incentives for “indigenous innovation” versus real sponsorship of creativity.  China has been accused of engaging in the mass production of ticky-tack patents, which make minor tweaks to existing technology to allow domestic enterprises to legally profit from the work of others.  Lee himself may be an example of this. He was personally sued by Microsoft when he left for Google for allegedly pirating proprietary information and violating his noncompete contract.  After leaving  Google, Lee’s Innovation Works sponsored a mobile operating system called Tapas, which critics note is suspiciously similar to Google’s Android.

The problem is that, thanks to policy barriers, the internet space in China still presents far too many opportunities for entrepreneurs to make profits without investing in creativity.  Google has faced well-documented government interference in doing business in China. Youtube, Twitter and Facebook are all blocked here. Tudou, Weibo and Renren are clones whose survival on an internationally fair playing ground is questionable: They certainly haven’t made much headway on international markets yet. Baidu, which has managed to compete with Google in no small part due to policy support, hasn’t even bothered to translate its user interface into English.

Incubators will only be as good as the talent they attract and the incentives they espouse. China has no shortage of talent, but the special sauce is missing at most Chinese incubators. That said, given the sheer amount of government resources, investment and protection, it is hard to believe that Chinese incubators will not produce a number of profitable companies in the near future. And there are some signs that a genuine culture of creativity is slowly being fertilized.

Take Shanda Innovations, for example, a private-sector incubator associated with online entertainment company Shanda Interactive. Their incubator offers a simple two-page application for the submission of business ideas to be judged by a panel including representatives from Apple, Google and Microsoft. A highlight from their website: Don’t copy… We’re interested in investing in bright and creative people. Only time will tell whether they can really keep that promise.