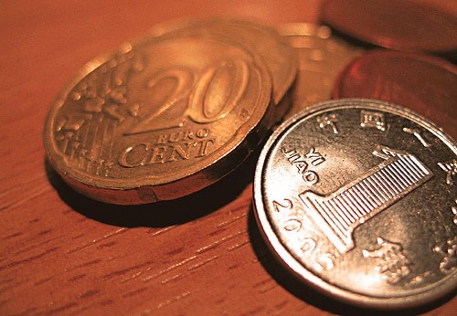 Chinese Premier Wen Jiabao’s trip to Europe in late June was an exercise in classic Chinese bilateral diplomacy. Even though China has to deal with the European Union in certain multilateral contexts, Beijing does not really see the EU as a diplomatic interlocutor. Chinese diplomats prefer to deal with nation states they view as important for political or commercial reasons, often playing them off one against the other, rather than with supra-national entities.

Notwithstanding Wen’s rhetoric about “helping the EU in its hour of need,” Wen’s trip was not an errand of mercy, and his itinerary shows it. Wen did not visit Greece, Ireland or Portugal, but instead stopped in the UK, Germany and Hungary. The route was drawn with a pragmatic pen: The UK and Germany have strong influence in the EU, and Hungary is an old friend from the days of the Sino-Soviet Split that offers Chinese businesses a cheap back door into Western Europe.

Nor was the visit particularly aimed at diversifying China’s mostly US dollar-denominated foreign exchange reserves. Although People’s Bank Governor Zhou Xiaochuan was in the Wen entourage, any notion of moving Chinese foreign exchange holdings away from the dollar and into the euro was a distinctly minor leitmotif.

If China is growing euro-skeptical, it has good reason. The common currency was intended to yoke new members to the original European vision through monetary policy and national budget restraints. But this was impossible as long as fiscal policy remained the province of the individual nation states. Despite solemn declarations, treaties and the like, the “United States of Europe” remains the chimera it’s always been, and the EU machine operates to transfer wealth from north to south, with nice big dollops to mostly prosperous farmers (40% of the EU budget is spent on the Common Agriculture Policy). We are seeing the outcome of this less-perfect union in Greece, Ireland and  Portugal, and will perhaps see it soon with Spain and Italy.

China will likely buy modest amounts of sovereign bonds issued by EU member states in distress, but this should not be read as a vote of confidence in the future of the currency or the institution. Even if China wanted to invest in “EU bonds,” what would it buy? National bonds that are denominated in euros are not EU bonds, as the wide spread between German and Greek sovereign debt illustrates.

No, the Chinese are buying distressed sovereign debt because they reckon the bonds just might pay off, and because there may be other concrete gains to be had. Think back to when Premier Wen made all those market-lifting comments about “not abandoning” the Greeks during a visit to Greece last October. His real agenda was to put Chinese investment and infrastructure construction into the port at Pireaus and persuade Greek ship-owners to build Greek ships in Chinese yards.

Or take Spain. China is said to own more than 10% of all Spanish sovereign debt, although EU statistics on such bond purchases remain quite opaque. But China’s real strategic interest in Spain is leveraging the influence Spanish firms have over strategic technologies and natural resources. Notice Huawei’s hand in Telefonica’s glove building telecoms networks in Latin America, and Sinopec’s purchase of Repsol’s interests in Brazil.

What does China’s strategy mean for the EU? As we know from our own experience living and working in China, every transaction – no matter how seemingly unrelated to another, no matter how intimate – has its price. What is €3 billion of Portuguese bonds worth? Perhaps a contract for ZTE? Refusing to receive the Dalai Lama in Lisbon? A “yes” vote for market economy status? A helping hand in Angola or Mozambique?

Once they accept Chinese largesse, the Europeans – often naïve about the nature of business with China – will quickly learn what the “China Price” really is.