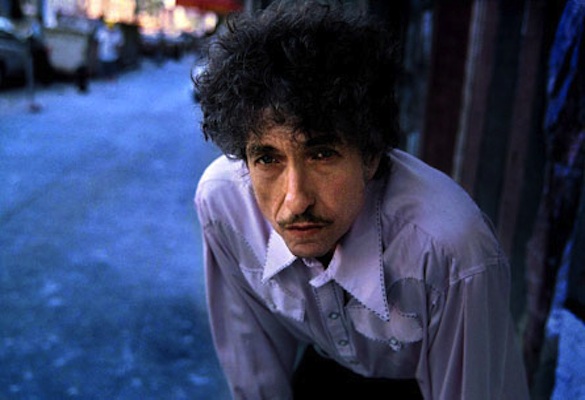 Bob Dylan’s Shanghai and Beijing concerts in early April were followed by a bout of drivel about the subversion, or lack thereof, of his set list.

As Jeremiah Jenne and James Fallows point out, one of the loudest and silliest of the talking heads was Maureen Dowd, who wrote, “The idea that the raspy troubadour of ’60s freedom anthems would go to a dictatorship and not sing those anthems is a whole new kind of sellout.”

Dowd goes on to say that, in addition to his recent transgressions, Dylan actually sold out the protest movement only a few years after he became involved in it, making quotes like the following:

“Folk music,” he concluded, “is a bunch of fat people.”

Dowd was just one of a flurry of blogs and news reports that described him as a protest artist (usually before his China concert) or a sell-out (usually after).

But for anyone who likes Dylan and has paid attention to his career, it’s obvious that he was not the ideal poster child for the protest movement. Though he got famous on three or four albums of protest music, he and the movement had a pretty spectacular breakup more than 40 years ago.

Martin Scorsese’s No Direction Home makes this clear; the documentary features scenes from a press conference where the media tries to pin him down as a figure for the protest movement, and Dylan twists and yowls like a cat being forced into a bathtub. He later complained that performing the protest songs came to feel “like carrying a package of heavy rotting meat.”

Like his music (and a lot of good art), Dylan refused to be pinned down. His music can be subversive or not, depending on your expectations. (When you do try to pin it down, it can get pretty ugly – like the scene in Dangerous Minds where Michelle Pfiefer explains to her lovable band of miscreants that Mr. Tamborine Man is a story about a drug pusher.)

Dylan was required to have his set list pre-approved by the Ministry of Culture, like all foreign artists that perform in China, and he had to adhere strictly to the program. The cultural ministry probably axed any outwardly subversive songs early on. That Dylan was allowed to perform in the first place came as somewhat of a surprise, what with inflation running high and the scent of jasmine wafting around the globe. In its attitude towards music the government has a history of being, shall we say, prudish: authorities asked The Rolling Stones to refrain from playing Let’s Spend the Night Together and Honky Tonk Women in their China debut in 2006.

But for those who were looking for the subversive notes in his Friday concert, there was a lot to work with — Ballad of a Thin Man, for example. It’s not really a protest song, but if any of the Chinese audience could understand his growling, they would have recognized in Dylan’s criticism of Mr. Jones a clear jab at the man:

Well, you walk into the room like a camel and then you frown
You put your eyes in your pocket and your nose on the ground
There ought to be a law against you comin’ around
You should be made to wear earphones.

In my view, Dylan’s work has the kind of wacky subtlety that Chinese bloggers appreciate. Working in a censored society, they’ve long learned to make political statements through allusion, allegory — even dinners of river crab.