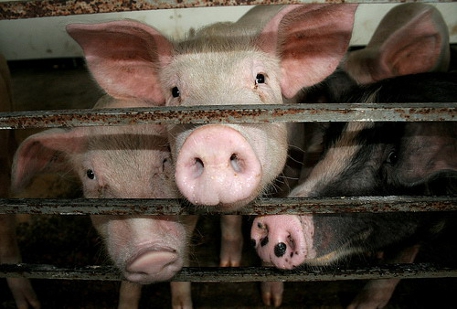 Wal-Mart Stores in Chongqing was fined last month after local authorities discovered more than 60 tons of ordinary pork was fraudulently labeled as organic, priced as such and sold for two years. Authorities forced the US-based retail giant to shutter all 13 of its stores in the city for 15 days as punishment. Two senior executives were arrested and dozens more were detained. Within days, Wal-Mart Stores China CEO Ed Chan and another top executive resigned, marking the second major leadership shakeup after the COO and CFO stepped down abruptly in May this year.

This is the latest in a series of blows against Wal-Mart in Chongqing. The local government has punished the big-box retailer 21 times since 2006 for charges including food safety problems, mislabeling and false advertising.

The US$575,000 fine won’t make much of a dent in the US$7.5 billion in revenues the company generated in China last year. But Wal-Mart is aggressively expanding in China, and the bad publicity won’t help. The company had 328 stores in China at the end of last year, a number that has already grown to more than 350, and is trying to seize share from its French rival Carrefour – although Carrefour has also been the frequent target of fines.

Some commentators have argued that Wal-Mart and other firms are being targeted because they are high-profile and foreign. State media has also run stories highlighting minor food product problems at other foreign chains including KFC and McDonald’s. Recently, domestic exposes have shone light on the shoddy environmental practices of Apple’s contractors.

This campaign, therefore, may be an attempt to put product safety violations by domestic companies, most famously tainted milk that poisoned thousands of children, into context; this is not a problem exclusive to local brands. Authorities also need to convince Chinese consumers they are getting tough on safety.

However, the crackdown in Chongqing may also be a part of efforts to promote the “Chongqing model” by the ambitious Bo Xilai, Communist Party Secretary of the municipality and one-time head of the Ministry of Commerce.

Bo first grabbed headlines for his zeal cleaning up the local mafia, which included the seizure of some impressive stashes of firearms. He went on to launch other populist initiatives, including broadcasting “patriotic” television shows and setting aggressive targets for affordable housing by taxing state-owned enterprises.

Now he has turned to cracking down on food safety violations. Chongqing has already closed down 91 companies and revoked 602 production licenses. Wal-Mart may feel singled out, but it is not alone.