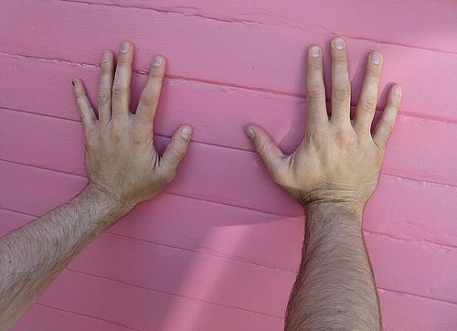 In late October, US Ambassador to the WTO Michael Punke wrote a letter asking Beijing to clarify its process for deciding whether to block a given online software service. It is high time that China’s erratic and crippling blocks of software services received more attention. It’s already understood, if not accepted, that China censors political speech, and therefore blocks some websites expressing dissident views. But there has been no explanation of why it cripples access to services like shared spreadsheets on Google Docs. Meanwhile, the Great Firewall of China is increasingly distorting international trade, not to mention the development of the domestic software industry.

Though detailed data is unavailable, the intensified blockages appear to be slowing the data transmission speed of the Chinese internet as the firewall is forced to handle increasingly complex forms of screening (blocking Twitter widgets on otherwise innocuous web pages, for example). At the same time, protection has yet to incubate a true domestic champion. In fact, the inadvertent victors from this policy so far appear to be Apple and Microsoft, which have been protected from other foreign competitors in China while deftly avoiding blockage themselves.

The immature state of the Chinese software industry is well known. The weak IP system here has engendered a fragmented constellation of small hit-and-run Chinese startups, many of which are focused on games, e-commerce and social networking sites, free products that can be used as platforms for advertising sales. This pool does include a few business software providers, but for the most part they are not yet ready to compete internationally.

Scandal-plagued Longtop Financial, for example, makes almost all of its money selling to state-owned banks. Neusoft and Kingsoft are both trying to compete in the office productivity and enterprise management segments, but Kingsoft is still dependent on government-driven procurement.

One challenge for these companies is that China has no significant cost advantage when it comes to selling enterprise-class software. Corporate purchasing managers don’t really care about the sticker price of a software package. They have to look at the lifecycle cost, including the cost of rolling out a new package across a global organization. They also have to consider the likelihood that the vendor will still be around five years from now to provide support and upgrades. These same multinationals make up the bulk of the paying customer base.

At the same time, the quality control issue is critical. One can produce a cheaper solar panel with unskilled labor and/or cheaper materials and pass the savings onto the customer – that plus cheap loans incubated Chinese solar champions. But software is different; cheap programmers make buggy software, and the cost of endless troubleshooting and lost productivity quickly wipes out discounts. Attempting to force Chinese firms to buy inferior local products only spreads inefficiency throughout the system.

It’s not even good for the industry itself. Protecting weak products and subsidizing ersatz “indigenous innovation” only preserves an ecosystem of tiny firms fighting over government contracts. Allowing this environment to continue hurts the competitiveness of reputable Chinese companies like Neusoft, who need all the economies of scale they can get. Exposing Chinese internet companies to more competition, not less, is what the industry needs.