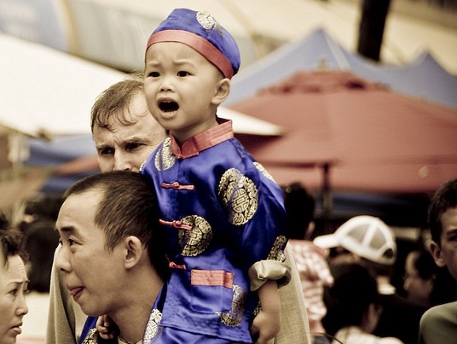 For those of us who toil in the bowels of the Chinese consumer market, the two greatest obsessions that rise out of the sludge are the emergence of the so-far consumer-products-crazy middle class, and the rise of the “S-Generation” of single kids. Thus far, the middle classes have continued to spend like drunken sailors on a rare shore leave. And nobody, I repeat nobody, denies a Little Emperor anything his little furry-arteried heart desires.

If you thought the Little Emperors – that group of single kids that tends toward obesity, fat necks and spoiled-brat-dom – were bad enough, then meet the S-Generation 2.1: the “precious snowflakes.” The PSes are even more useless, coddled and wrapped in cotton wool from day one by their doting middle-class parents. PSes are always either too hot or too cold, always dying of hunger or twitching from the oil, MSG and sugar surging through their systems. They can’t possibly lift anything without straining a muscle; they are all (yes, all) hypochondriacs who need vast amounts of tonics, vitamins and preventive medicines to survive the day. They exist largely online as real human contact is too stressful, and nobody much lives up to their expectations. They are certainly precious, but sadly they’re nowhere as unique as snowflakes – just more needy and dreary clones.

According to numerous HR folk, one of the latest manifestations of precious snowflake-dom is their inability to come to work on time. Not, like many of us, due to late nights followed by ignored alarms leading to poor punctuality, but an outright refusal to show up on time. The problem is PSes believe in “waking naturally,” allowing the biorhythms of the body to dictate when they arise from their slumber and not some devil-boss unreasonably expecting everyone (including the snowflakes!) in the office by 9 a.m. Their doting parents have, of course, encouraged this ridiculousness by treading quietly around the flat so the little PS can sleep all morning.

PSes have been a boon for makers of medicines, sugary snacks and tablet devices, as well as any product that aids in laziness. Every few months I eat dumplings and swap war stories from the trenches of retail with an old mate who works in the shoe industry. Recently he surprised me: His biggest problem was the number of teenagers walking into his stores who expect the shop staff to tie their shoelaces for them. This was only an issue in the first-tier cities, where single brats have never troubled their lower back muscles by bending over to tie up shoe laces as granny or mummy has always dived in to do it. So what’s the future of the middle-class footwear market in China? Slip-ons or Velcro, it would seem!

I’m a great spotter of middle class “must-have” brands in China beyond the usual tiresome LV, Gucci or Prada. My new favorite is Lock N Lock, a Korean version of Tupperware. The humble Lock N Lock tea bottle has become a middle-class must-have, adorning the desk of every aspiring white collar worker next to the picture of his girlfriend leaning on their GM Sail giving the V sign. Fascinatingly, the middle class goes to great length to keep the original sticker in place – even taping it down to prevent it from falling off, averting accusations of using a ripped-off Chinese version.