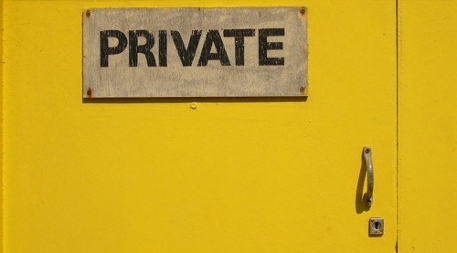 This year may mark the beginning of a new era for Chinese internet companies. On October 17, Chen Tianqiao, the founder and chief executive of Shanda Interactive, one of China’s oldest and largest internet companies, proposed to buy out the 31.6% of the company held by minority shareholders and take the business private. The news boosted the company’s stock by about 15%, but it still remained below the buyout offer of US$41.35 a share.

Some speculated that this was a watershed moment; Shanda’s move was the result of both increasing skepticism of Chinese equities in the US and the growing negativity toward foreign ties within China, and more Chinese internet companies might soon be privatized in its wake.

From the perspective of both profit and politics, US-listed Chinese internet companies certainly have the motivation to consider a jump back to mainland exchanges. Though Shanda’s US stock is already valued at a generous 20-times consensus estimates for 2012 earnings, mainland exchanges often offer valuations that are three times that or more.

There’s also the potential to curry political favor. Beijing has recently begun to draw in the reins on internet companies, likely in preparation for the country’s leadership transition next year. Like many of its competitors, Shanda accessed US capital markets through a variable interest entity (VIE), a legal structure that allows Chinese companies to bypass restrictions preventing foreigners from owning a stake in certain protected industries, including media and telecom. On September 1, China’s Ministry of Commerce issued new regulations that appeared to spell the end of VIEs; henceforth, the use of “contractual controls” to evade the requirements of Chinese law would not be permitted, the ministry said.

Chen, a high-ranking Chinese Communist Party member, has made statements in the past that suggest he may be more of an ideologue than a businessman. As a member of the Chinese People’s Political Consultative Conference, he submitted a resolution calling for China’s “red chip” stocks – overseas listed Chinese companies like Shanda – to move back to Chinese stock markets. In the past, technology companies had sought out foreign exchanges because China’s financial markets were incomplete, said Chen; now, however, they have ended up as “orphan stocks” in foreign markets which do not recognize their full value.

However, regulatory hurdles have kept privatizations from occurring at all but a handful of companies, said Maurice Hoo, a partner at Orrick. For those without political connections, the wait to list on mainland exchanges could take several years; Hong Kong exchanges, meanwhile, have strict requirements for profitability and place of registration. On the whole, Chinese companies have largely chosen to languish on US exchanges rather than risk losing their access to capital markets forever.

The situation may be different for Shanda, a sort of national champion. Both Chen’s political capital and Beijing’s recent focus on the internet would probably help the company skip the approval queue and list on Shanghai’s main board. For this to happen, of course, the company would need to move its place of registration from the Cayman Islands back to the mainland; otherwise it would be confined to Shanghai’s yet-to-be-launched international board.

The heart of the matter

The buyout appears to offer Chen and his family the opportunity to obtain both a higher valuation and political favor. More importantly, however, it makes good business sense. Though Shanda occupies a coveted position at the top of China’s internet hierarchy, it is clearly in need of re-organization, and that is less likely to happen while part of its stake is in public hands.

When Shanda debuted on the Nasdaq in 2005, most of its business was still focused on China’s internet cafe-centric online game industry. Since then, however, the company has sprawled into an unprofitable behemoth under management’s misguided vision of becoming “the Disney of China.”

Over the past decade, the company launched a variety of new businesses: A notoriously unsuccessful console product called “Shanda Box,” a movie production and distribution venture with Hunan Broadcasting and TV, and an online video site, Ku6 Media. It has also invested heavily in and debated spinning off its online reading unit Shanda Literature, even though this sector is so plagued by piracy that most foreign publishers still refuse to enter it.

Stuck with a shortage of resources and strategic planning, these businesses have seen their bottom lines suffer. In the second quarter of 2011, for example, Shanda Interactive reported an overall gross margin of 55.1%, due mostly to the 60.6% gross margin of Shanda Games; Shanda’s “other businesses” reported a gross margin of only 0.03%.

These business lines represent only a small part of revenues, but they have been a big distraction. The company would be in a much better position today had it focused its energy on its traditional money-maker, online games.

The games unit generated US$204 million of Shanda Interactive’s total revenues of US$264.2 million in the last quarter. In 2009, Chen wisely chose to spin off the games business for an independent listing on the Nasdaq. The IPO raised US$1 billion and ensured that the games division did not have to battle Shanda’s various other business lines for funding. But despite its obvious revenue-generating capacity, the games business became more and more vulnerable over the years. In most quarters, more than half of Shanda Games’ revenue was derived from two now very old and expensive online games, “The Legend of Mir 2” and “World of Legend.”

These fantasy-style massively multiplayer role-playing games (MMORPGs) have been among the most popular games in China in the last decade, attracting a hardcore fan base. But many of these fans are now entering their late 20s and 30s, and have been forced by family and work responsibilities to cut back on the time they spend swinging a digital sword. In the meantime, the games have failed to attract younger players, largely because they are older and more expensive to play than newer products on the market.

Shanda Games continues to invest in introducing new online and social networking game titles; just last year, it spent US$80 million to acquire California-based games developer Mochi Media. But while the company has had a few hits, it’s been unable to produce another winning title like “The Legend of Mir 2” or “World of Legend.”

The most likely reason is the market’s increasing saturation. With the growth of the industry and the rise of social networking, hundreds of new game titles are now released in China every year. And the industry has yet to learn how to generate as much profit from the new generation of social networking games as the more expensive MMORPGs on which they originally built their businesses.

It is difficult to predict whether other internet titans like Baidu and Sina will pursue privatizations in Shanda’s wake. Competitors might also be motivated by politics and better valuations to return to the mainland. But it’s clear that Shanda, as a sprawling organization, has more motivation than most. The process of restructuring some of its more unprofitable segments would be painful as a listed company but much easier as a private entity.

As hedge fund analyst Li Miao points out, the move would boost the company’s bottom line in other ways. As Chen’s consortium
uses the cash on Shanda’s balance sheet to buy out current shareholders, a majority of the company’s assets will become liabilities, which are tax free. That should save the company a significant amount in taxes: Shanda’s effective tax rate has risen from 6% in 2006 to 9% in 2007 and 32% in 2010, money that it could retain as profits for its stakeholders when it is private. Furthermore, even in the absence of a mainland listing, Shanda would still have access to growth capital. Its more profitable unit, Shanda Games, is likely to remain on the Nasdaq.

Finally, the buy-out process should be fairly simple. The consortium of buyers – Chen, his wife Qianqian Luo, who is also a non-executive director of the company, and his brother Chen Danian, who is Shanda’s chief operating officer – collectively own 68% of the company’s shares, and there is plenty of cash in Shanda’s coffers to complete the deal. The company had US$960 million in cash at the end of the second quarter, and buying out the minority shareholders will cost only US$740 million at the current offer price. Chen and his partners appear likely to obtain financing from J.P. Morgan until they can take full control of the company’s checkbook.

Some industry watchers suggest the process may not be so simple: Andy Yeung, an analyst at Oppenheimer & Co, argues that the current proposal might be low enough to entice another bidder. Anything is possible, of course. But it would take a special individual to be willing and able to wrest Shanda Interactive from the family empire that controls it.