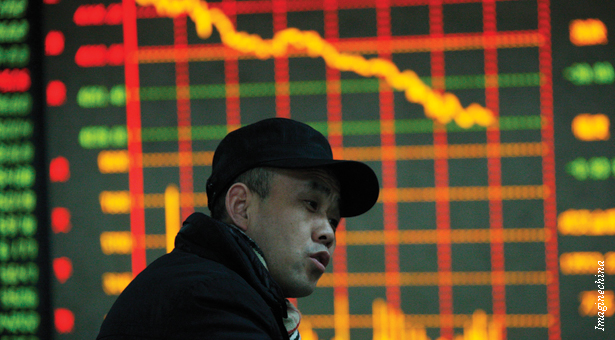 China likes to keep its business to itself, often going so far as to label some corporate finances as state secrets. Few places have been more secretive than the securities market, where the China Securities Regulatory Commission (CSRC) passes opaque judgments on which firms get to IPO, and when.

After years of poor performance of mainland exchanges, where companies are frequently found to be ridden with fraud, China’s top securities regulator has finally deigned to give the public a glimpse of the companies they could buy into.

The CSRC has also been getting tougher on brokerages that help fraud-tainted companies to IPO on the mainland – at least when those companies are subject to public scrutiny.

In May, the CSRC slapped Minsheng Securities with a US$326,000 fine for failing to uncover fraud at Shanxi Tianneng Technology, which the firm planned to help IPO. The regulator issued Nanjing Securities a warning for a similar failing with Guangdong Xindadi Biotechnology.

Surprisingly, the CSRC didn’t punish the securities firms after discovering fraud in its own review of the two IPO applications. In fact, the CSRC had already approved the IPOs, at which point it released the companies’ financials to the public. The media then went to work uncovering the fraud in both cases by scrutinizing those documents.

The CSRC now looks set to make it even easier for the media to uncover such scandals. Draft regulations released on June 7 said that companies would be required to pre-disclose their financial documents to the public or the media one month before their IPOs will be approved. Previously those documents had only been released after the CSRC approved the issue.

The pre-disclosure requirement was only one part of the latest draft regulations, which didn’t cause much of a stir when released. “This draft is mostly based on previous drafts,” said Winnie Deng, a senior associate who tracks markets at consultancy Z-Ben Advisors. “If you have the time to take a look, you can notice there’s nothing really new or stands out as its own issue.”

Pre-disclosure to the public is one of the few new points. But, she said, one month remains a short period of time for investors and the media to scrutinize the potential listing, so it’s unclear how much affect the regulation would actually have.

The other new point, according to Deng, is that the draft regulations introduced a two-year lockup period during which time major stakeholders cannot sell their shares on an individual basis. Currently, lockup periods are negotiated with cornerstone investors in each new issue.

Even after the lockup period, which could be extended based on share performance, major shareholders would not be allowed to sell their shares at below the IPO price.

The main goal is to prevent management from unloading their shares if the company fares poorly. Presumably, by forcing management to keep some skin in the game, they’ll be more motivated to make sure the share price stays above water.

These regulations will join a host of others already drafted. “Most of these drafts are in order to boost investor confidence… Some of these regulations are quite strict,” Deng said. Among them is a rule that would prevent the CSRC from approving further IPOs from brokerages that sponsor companies which later report a 50% drop in profit or a net loss.

With the CSRC already going through several drafts, and few changes being made from draft to draft, Deng predicts these reforms are highly likely to be enacted.

The rules stand to benefit the little guy, Chinese retail investor, at the expense of the big institution such as brokerages, major investors and the company itself. By locking institutions in for a set period of time and essentially penalizing them further for falling stock prices, the CSRC is increasing the incentive that institutions have to do everything they can to support share value.

Retail investors, who make up the majority of those playing mainland stocks, will therefore be less likely to buy into a dud.

The rules – aside from increased public scrutiny – appear to be the government intervening in its exchanges when over time it should be taking an increasingly hands off approach, as is the case in most mature markets.

But if anything, the rules are likely to only grow stricter until the CSRC stamps out widespread fraud, Deng said. Only then can regulation be more market-driven. China simply isn’t a developed market yet.

“You don’t really see a lot of instances where financial results are fake in developed markets, but it’s quite common here.”