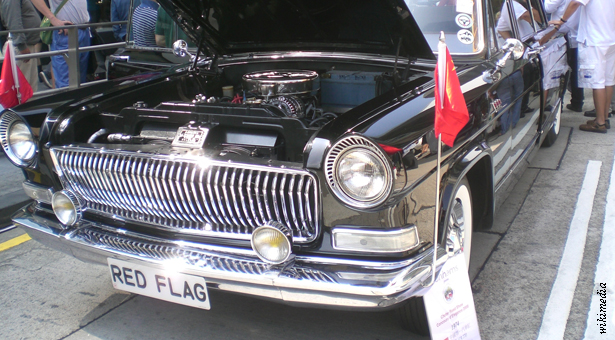 It could be one of the most difficult markets to break into in China, but perhaps it’s one of the most lucrative: the Communist Party itself. Companies that manage to market to cadres are sure to make off like bandits.

If the 80 million-member party was a country, it would be the world’s 17th largest. Although no estimate on the net worth of the party is available, members do have a reputation for forking out cash on lavish wining and dining as well as big-ticket items like Swiss watches and luxury cars.

Why, then, has it taken so long for FAW Group to re-hoist its Hongqi – or Red Flag – homegrown luxury car model on party bigwigs? The state-owned company, associated closely with China’s reddest years, only in April announced that it would retail a new version of the sedan that once caddied leaders such as Mao Zedong and Deng Xiaoping.

Perhaps the reason for the decades-late launch was that, until now, the brand wouldn’t have competed against marques such as Audi, BMW or Lexus on performance or price (See graph below).

In that regard, the return of the Red Flag could not have been timed better. Xi’s anti-corruption crusade is already beating back the competition.

“The current environment among the leadership is stressing local brands, especially for vehicles. So it is an opportunity for the Hongqi brand,” said Zhu Bing, a Shanghai-based senior analyst at consultancy LMC Automotive.

The Hongqi H7 will sell for about US$49,000, which “fits into the price range that the government can purchase,” Zhu said. The model will likely cost more than many comparable foreign cars. But in the party market, the Hongqi won’t compete as much on price and quality as it will on ideology. Car lots near Zhongnanhai should soon be buzzing.

Priced similarly with other foreign car brands that are manufactured in China (dodging a 25% import tax), China’s communist cruiser will compete poorly on the general market. That’s because Chinese consumers do not yet trust their own luxury products. “Of course, in terms of quality, it is not as good as other foreign premium brands,” Zhu said.

The biggest loser in the rise of the Hongqi will be Audi, the Volkswagen-owned luxury brand. Audi has found a deep-pocketed and steady spending customer in the Communist Party during the past decade. Models such as the A6 and the A8, in black with tinted windows, seem like standard issue for cadres in Beijing.

While Audi and other luxury car makes will continue to sell into China’s rapidly growing auto market, the size of the government car market should not be overlooked.

Beijing has tried since 1993 to curb luxury car purchases at the public’s expense – to no avail. In 2007, a leaked document from the Guangdong province Ministry of Commerce showed that the government bought US$38.6 billion in autos the year before.

For automakers such as Audi, being cut out of that market would be an exclusion of epic proportion.