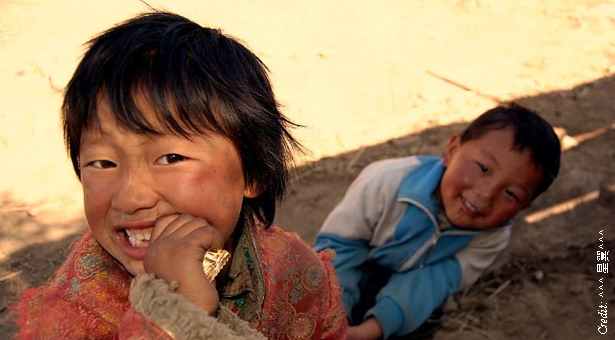 Many analysts argue that one reason for the high Chinese savings rate (and so high trade surplus) is that Chinese households lack an adequate social safety net. As this 2010 Washington Post article puts it,

“The key reason Chinese save so much and consume so little, experts say, is because without dependable government payments, they need to sock away money for the future – for medical emergencies, for children’s educational expenses, as a guarantee against a job loss or to help elderly parents.

“ ‘When a person has no medical insurance, unemployment insurance or endowment insurance, how can that person dare spend all their money?’ said Tang Jun, a sociology researcher with the China Academy of Social Sciences. ‘The Chinese people are a nationality that likes saving money…. Ordinary people will only feel relieved about consuming if they don’t have to worry about not having money when they get old and not having money to go to the hospital.’ ”

According to this argument, because educational and medical costs are extremely high and there is little in the way of unemployment or retirement benefits for most Chinese, it is no surprise that Chinese households save an extraordinarily high proportion of their income for precautionary motives. The World Bank has even argued that one of the most important steps China can take in rebalancing is substantially improving the social safety net available to Chinese households.

There are two problems with this argument. First, although the national savings rate in China is extraordinarily high, the household savings rate is not. It is high, but well in line with those of many other Asian countries, and lower than some. High savings rates in China reflect fairly high savings at the household level and also high savings at the corporate and government levels. They are consequences of a variety of structural and policy conditions that have forced consumption down by reducing the household share of income. While it may seem plausible to argue that a lack of a social safety net explains why households save so much, it cannot possibly be an explanation for why corporations and governments save so much.

The second problem is that we see very high savings rates in a number of Asian countries that follow similar policies that, I argue, automatically force up the national savings rate. These policies are all variations on the Japanese growth model, which included as components of its growth strategy an undervalued currency, lagging wages growth and financial repression.

So does China’s weak social safety net matter, and won’t improving it lower the Chinese savings rate? Yes, it matters, but not in the way most analysts think. China’s weak social safety net has indeed had an impact on helping to create China’s high savings rate, but the impact occurred not because of the need for precautionary savings as much as because it is the consequence of the erosion of Chinese household wealth.

Twenty or thirty years ago, most Chinese belonged to a work unit, which took care of their employment, their educational expenses, their medical needs and their retirement. As part of China’s liberalization, most of these benefits were lost. This loss represented, effectively, a transfer of wealth from households to the state since what was once a government liability became a household liability. It is this reduction in household wealth, relative to the country’s overall production of goods and services, which forced up the savings rate. Chinese households, in other words, consumed less than they otherwise might have because their wealth decreased in relative terms thanks to the erosion of their social safety net, and this automatically forced up the savings rate.

“In recent debates about the rebalancing toward domestic demand in China, much is made of the needs for social safety nets to stimulate domestic demand. I will argue that the need for social safety net is for the purposes of social harmony rather than for increasing the ratio of consumption in China. This is because while households may increase the propensity for consumption with improved social safety nets, the government needs to increase savings in order to accumulate the provision funds for covering the costs of pension and other social spending. As a result, the total aggregate savings of private households and the government may not change much.”

If the social safety net is paid for by additional transfers from the household sector – for example in the form of higher taxes or by government borrowing – it will have almost no net impact on household consumption or on national savings. In fact because a robust social safety net might not be credible for many years, so that Chinese households register their lower disposable income as they pay for the benefits but fail to include the value of those benefits in their calculation of wealth, a stronger social safety net may actually reduce consumption in the short term.

For it to be effective in reducing Chinese savings, the implementation of a social safety net has to be paid for not by Chinese households but rather by the state sector. The state must, in other words, liquidate assets to pay for the social safety net or else it will not have any impact on overall consumption.

This is borne out by observation. Many observers have been surprised by the fact that in the past few years the Chinese government has taken steps to improve the Chinese social safety net but consumption has continued to decline as a share of GDP and savings to rise. But they should not have been surprised. Improvements in the social safety net that are paid for by households will have a limited impact on their overall wealth, and so on their savings rate. An increase in the household consumption share of GDP will require a real transfer of wealth from the state sector to the household sector.

Excerpted with permission from The Great Rebalancing: Trade Conflict, and the Perilous Road Ahead for the World Economy, Princeton University Press, 2013