Home Business This too shall pass 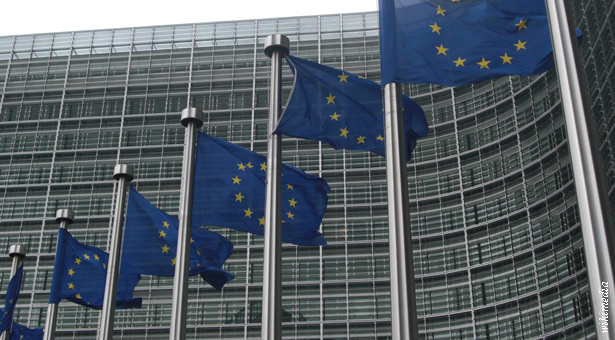 This too shall pass

Businesses across Europe and China no doubt felt the chill of cooling relations earlier this month when the EU’s executive branch launched a flurry of moves against the trade bloc’s largest trade partner.

The European Commission first gave China the cold shoulder with the harshest-ever moves to combat allegedly unfair Chinese subsidies. On May 9, the commission said it would levy temporary tariffs of up to 67.9% on Chinese solar panels by June 6. The move would be a culmination of nearly nine years of investigations into purportedly uncompetitive subsidies that Chinese solar companies receive from their government.

On May 15, the commission said it would probe China’s two biggest telecommunications firms for unfair business practices similar to the solar panel case. The allegations are old but the investigation is new. Huawei Technologies and ZTE, the companies in the crosshairs, were accused by European firms in 2009 of taking interest-free loans from state banks.

Then, just one day later, the commission said that Air China and several other Chinese airlines could face up to US$3 million in fines for not providing emissions data or participating in an emission permit system in EU airspace. Since 2005, Europe has tried to curb pollution from industries such as airlines through permit-based systems, something countries such as China and the US have pushed back against.

The commission has been busy. With many of these trade spats years in the making, these latest efforts to institute heavy-handed sanctions aren’t happening at the same time by coincidence.

“If it’s one specific area, if it was only solar, you could see it as a one-off,” said Raoul Ruparel, head of economic research at Open Europe, a Brussels-based think tank. “But it seems to be spilling into other areas and that really raises the prospects for a – I’m hesitant to use the word trade war – but it raises the prospects for an ongoing conflict on the trade issue.”

However, it’s yet to be seen how far the proposed measures will make it through Europe’s contentious political environment.

The European Commission may have garnered enough internal support to strike against Chinese companies. But any tariffs the commission imposes will be valid for only six months, and it will require a majority vote from member states to make them permanent. The conflicting stances among the 27 countries that form the bloc, as well as opposition from some of the EU’s most powerful companies, could stop the sanctions in their tracks.

China and individual countries and companies in the EU were quick to react to the commission’s plans. Rumors have circulated that China is preparing equally aggressive tariffs for EU solar imports.

But the strongest response thus far has come out of Europe. The EU is a massive agglomeration of interests, with the European Commission being only one representation of them. Within the trade bloc, governments and several large EU-based firms have expressed their distaste with tariffs on China and the potential negative impact they could have on EU jobs and businesses.

In what would be the opposite of the intended effects, the tariffs could put as many as 242,000 German jobs at risk, according to the Alliance of Affordable Solar Energy, a group lobbying against the sanctions. In 2012, Germans installed 55% of the world’s solar panels, and an end to cheap solar imports could detract from installations and threaten these jobs. If China does institute retaliatory tariffs,  they would also take a toll on Germany’s solar exports because German manufacturers sell finished products to China.

“Frankly, Germany is not fully on board and that’s not good from a European point of view,” said Guntram Wolff, acting director of Brussels-based think tank Bruegal and a former advisor to the IMF, on Wednesday.

Germany is the bloc’s largest economy and, although it doesn’t have veto power on the European Council, the legislative body where permanent trade decisions are made, it carries significant weight in terms of influencing EU policy.

Germany’s sentiment is shared by several of Europe’s largest companies which could also find their exports threatened if China institutes its own tariffs. European telecom companies like Swedan’s Ericsson and Finland’s Nokia have already issued statements shunning the commissions probe. The companies could see a windfall in exports to China as the country upgrades its mobile networks. The probe, and subsequent duties, could hurt those prospects.

China has hinted that it would strike back against an investigation, saying that a European probe would hurt both sides. The EU imports about US$1.3 billion in telecom equipment from China annually.

China could also threaten EU jobs and exports by retaliating against Airbus, one of Europe’s biggest manufacturers. China said in early May that it planned to order 100 planes from the aerospace company, but the proposed fines on Chinese airlines for violating the carbon emissions scheme could put the orders at risk (orders have been held in the past over the carbon trading system). France and Germany both own 12% of Airbus and the company reportedly employs 100,000 people in the UK.

“No [countries have] really nailed their colors to the mast, yet but I think they will line up along with the large companies,” said Ruparel of Open Europe. “As we see which companies are really concerned, I think we’ll see more countries taking positions.”

The rifts in the EU will be exposed yet again as countries take sides, scrambling to protect their work forces and exports.

Decisions made by the EU’s governing bodies are suppose to benefit the union as a whole, and not the trade interest of individual countries, said Wolff at Bruegel. Instead of clashing publicly with the commission, Germany’s government should work with the EU to forge policy that benefits manufacturing and employment in more than just one or two countries.

“What [Germany is] doing at the moment is exactly the wrong thing,” Wolff said.

But EU solidarity on trade relations with China may be too much to ask for given that the trade bloc can’t agree on how to deal with its crises at home. Chiefly, the union has already showed an inability to find common ground in handling the sovereign debt crisis that has brought it to the brink of disintegration. The EU’s disagreement about how to deal with China is just one of many contested points between its nations.

Although the executive powers of the European Commission may allow it to take temporary actions against China, the interests of individual countries and companies throughout the bloc of about 5
00 million people will likely stymie heavier and longer-term measures meant to deal with unfair trade practices in China.

The EU will need to brace itself for a cold summer of trade with China. But “given the economic state of the eurozone, I don’t think they want to take the risk of shutting off demand from a large part of the world,” Ruparel said.

EU nations will most likely fail to agree on their stance toward China, preventing any permanent sanctions from being enacted. Despite the unprecedented bluster, relations should thaw soon enough.