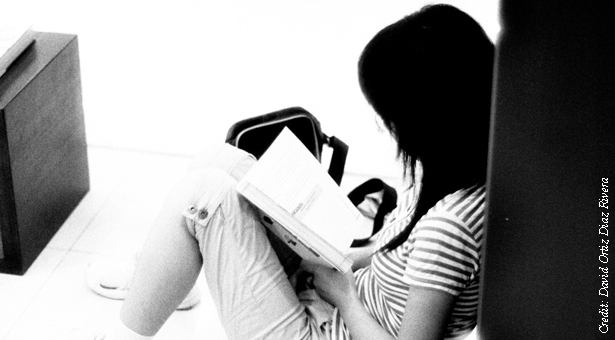 Ying Zhu is a professor in and chair of the Department of Media Culture at the City University of New York, the College of Staten Island. A leading scholar on Chinese cinema and media studies, she is the author or editor of eight books, most recently of “Two Billion Eyes: The Story of China Central Television.” She is currently working on a project concerning Sino-Hollywood courtship.

Graft, gluttony and the efforts to curb both have been Chinese news fixtures for two decades. Back in the 1990s, then-Premier Zhu Rongji launched a series of anti-corruption campaigns that led to a number of high-ranking officials being ousted.

The Communist Party today continues to revere Zhu for his resolve against corruption. A recent article in the official communist publication Liaoning Correspondence Party School magazine commemorated Zhu for his tough stand.

President Xi Jinping now seeks to take up Zhu’s mantle. Late last year, after taking the top post in the party, Xi launched an austerity campaign to rein in lavish taxpayer-financed spending by officials and state-owned companies. While the crackdown targets conspicuous displays of wealth among China’s elite, it does not root out  concentrations of money and power, those that reward people with the right family pedigree and connection.

The public, therefore, has remained skeptical of the anti-corruption campaign. There is no shortage of online jokes mocking the renewed moderation campaign.  “Eat quietly, take gently and play secretly” has become the unofficial catchphrase of the corrupt.

As references to corruption and efforts to combat it permeate all of mainland society, Chinese television has been quick to cash in by producing TV dramas that offer up some version of righteous leaders who lead the fight against corruption. Many of these dramas were adaptations of anti-corruption novels that first came into vogue in the mid-1990s. The novels frequently featured heroic party officials, professing the uplifting message that corruption should and can be eradicated.

The loss of innocence

Several early anti-corruption dramas were modeled on former Chongqing police chief Wang Lijun, the right-hand man of the city’s ousted party chief Bo Xilai, who was hailed as an anti-graft hero before the scandal that landed him in prison.

Then, in 2007, the TV series “The Great Ming Dynasty 1566” (“Daming Wangchao 1566”) hit the airwaves and gave a more candid consideration of official corruption. The show gave a new treatment to official corruption, treating it as inevitable and unstoppable. “1566” offered an intriguing look at the bureaucratic functioning of the Jiajing Emperor’s court in which then-ruler Zhu Houcong relinquished day-to-day governance to subordinates.

The Ming court was corrupt at all levels, which contributed to social unrest during the Jiajing period, a period not dissimilar from the situation in today’s China. “1556” exposed the massive and systemic dysfunction of the Ming court and the extreme hardship ordinary people endured during that period.

In “1566,” the shame associated with corruption is replaced by an eagerness to partake, to be part of the privileged few with means to be corrupt. It is Chinese television’s first drama that takes politics as is, showcasing the nuts and bolts of political “craftsmanship” without moralizing.

The arrival of “1566” was informed by the revival of fiction on officialdom as a genre in the second half of the 2000s. In a new twist for the genre, several ex- or current officials tried their hands at writing novels that injected their real-life experiences into fictitious plots set in the circles of power.

Wang Xiaofang, the former secretary to the executed Shenyang deputy mayor wrote “The Mayor’s Secretary” (2005) based on his experience serving in the city of Shenyang. Wang’s “The Chief of the Beijing Liaison Office” (2007) portrays the Shenyang liaison office in Beijing as a breeding hub of corruption. “The Civil Servant’s Notebook” (2009) reflects on the unspoken rules governing Chinese society, lamenting the trapped lives of civil servants.

Such novels have become bestsellers, serving, in a perverse way, as manuals for China’s new generation of civil servants – they apparently make up the largest segment of readership for officialdom novels. The popularity of these novels implies a fascination with party politics and arguably a desire to become part of the power elite. Wealth is increasingly concentrated in the hands of the politically powerful and is then handed down within a few established family dynasties, so success has become increasingly inherited.

Not surprisingly, the exclusivity of power has only further propelled recent college students in China to reach out to the party in hopes of joining the elite. Research shows that the most rapidly growing members within the CCP are now college students. They seek to join the party because they believe that party membership will lead to job security and social prosperity. In this fashion, as some have commented, the party has transformed itself from the Orwellian Big Brother to a Big Brother fraternity.

The new officialdom novels deal with the culture of Chinese officialdom, both the trivialities of government offices and the heart-wrenching struggles of their main characters. The works focus on the protagonist’s compulsive abuse of power, the complexity of human relationships involved and the struggle of those with a conscience. Here the corrupted officials are portrayed not as villains but as major players in a larger system.

So epidemic, endemic, systemic and routine is corruption in China, the moral indignation and the will to rectify it reflected in the anti-corruption novels and dramas a decade have vanished.

While the anti-corruption genre tackled the issues of China’s political culture, attempting to uncover a deep-rooted political psychology, the officialdom novels take as a start point the inevitability of corruption and are lavish in their detailed descriptions of crooked dealings.

The TV drama “1566” debuted against this larger social background. From anticorruption to officialdom, the evolution of Chinese primetime TV dramas registers the shifting mood of a Chinese society from moral indignation to complacence and resignation, and above all, cynicism. It remains to be seen if the party’s new round of austerity measure would actually amount to something that is effective enough to swing the public mood.