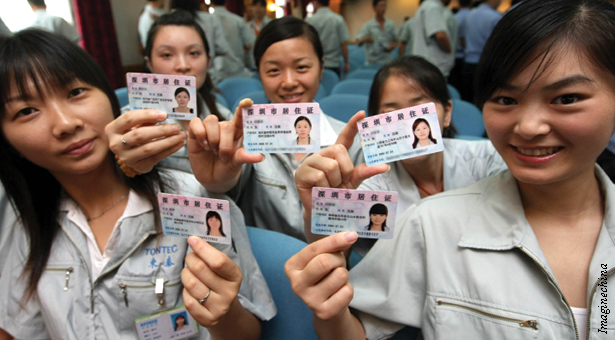 If China’s migrant work force was a country, it would be the world’s fourth largest. Yet, while this group of 260 million workers power the country’s economy, they are largely without stable incomes or long-term housing. China’s new leaders, who took the stage in Beijing last week, pinpointed this horde of migrant workers that make up roughly 20% of the population as a major factor in the future stability and prosperity of the country.

The new regime, led by President Xi Jinping and Premier Li Keqiang, will likely begin confronting the difficulties associated with the rapid urbanization of these migrants in the first half of the year, according to a report from Citi Research. Also leading the charge will be Xu Shaoshi, a veteran land reformer and the new head of the National Development and Reform Committee (NDRC), which oversees the much of China’s development policy.

Channeling more of China’s rural population of more than 600 million into the growth centers of the east coast will be imperative to future development as years of waning fertility have finally begun to shrink the labor force. China’s labor pool, the world’s largest, has been responsible for 30 years of export-generated growth. But China stands to lose that advantage without coaxing more rural dwellers into the city.

Furthering the urbanization process will not be simple. Dealing with China’s floating population is comparable to moving and rehousing a population larger than Indonesia’s.

Recently, top-level government officials have been talking a lot about hukou reform. A hukou is a method of recording a person’s place of residence that has survived since the Mao Zedong era and impedes migration from rural to urban areas. That’s because a hukou also guarantees social welfare benefits such as education and health care, provided the person stays in the location where they are registered. The majority of rural workers who have settled in China’s cities either are unable or unwilling to trade a rural hukou for an urban one, leaving them without access to affordable health care or education for their children.

The State Council tweaked that system last year to ease restrictions on movement between the countryside and smaller cities. In December, the NDRC pledged speedier reforms to the system. But real improvement will likely come in the form of piecemeal policy changes, not a sudden overhaul to the hukou itself.

“Hukou reform – it’s really not a 2013 story,” Nicholas Consonary, senior China analyst at global risk consultancy Eurasia Group, told China Economic Review before the annual National People’s Congress that was held last week. “I think there are some other fundamental reforms that they have to implement first before hukou can really move in a comprehensive way.”

For one, the government will need to rework the way pensions are transferred between the countryside and the city, Consonary said. When someone with a rural residence permit relocates to a city, it’s unclear what becomes of that person’s pension or who would manage it in the city, in the event the person did officially obtain an urban hukou.

Moreover, cash-rich cities in east China will most likely push back against taking this responsibility.

“Each hukou comes with a cost,” said Ding Shuang, a senior China analyst at Citi. “The local governments are not ready to take that bill.”

The next steps to reforming the system will focus on reducing the value of the hukou itself, Ding said. The government will likely slowly increase migrant workers’ access to education and health benefits in big cities without changing their hukou status, diluting the value of the much-coveted urban residence permit.

Gaining a hukou in a smaller city will become easier, but farmers won’t gain official resident status in Beijing or Shanghai any time soon. Such comprehensive reform is at least five years away, Ding said.

Reform is also needed in the countryside itself. Rural residents collectively own farm land but selling that land, which would assist rural migrants in their moves to cities, remains largely impossible. Many migrant also don’t want to give up the land, viewing it as a safety net if their urban ambitions don’t pan out.

The government is currently devising a policy that could raise compensation to farmers for giving up control of their rural land. One proposition is to give farmers a stake in future profits derived from the land long after they leave for the city, Ding said. Higher compensation for leaving behind their land will help farmers relocate to cities, where property prices are substantially higher, and could potentially outweigh their desire to retain the land as a safety net.

While urbanization will support economic growth for years to come, the government isn’t exactly rushing to push the remaining rural Chinese into cities. The country’s urbanization policy thus far has been largely successful in mitigating many of the social ills found in rapidly growing cities around the world, such as crime, Consonary said. Only steady but paced growth in urban areas, coupled with stronger social benefits, will continue to keep cities safe, factories running and the world’s largest floating population at peace.