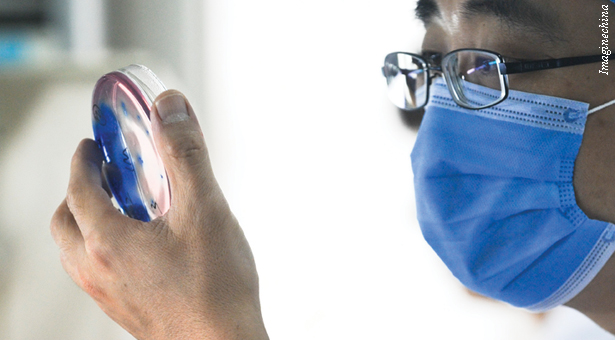 Throughout 2010, Fang Shimin – China’s self-appointed “Science Cop “ – had been relentless in his pursuit of Dr Xiao Chuanguo. Fang Shimin had publicly accused the medical researcher of falsifying test data in trials with children. The doctor had retaliated against Fang Shimin by hiring thugs to beat the Science Cop to “send him a message.” Despite Xiao Chuanguo’s confession, the court had shown great leniency toward the doctor.

The public accusations against Xiao Chuanguo, his confessed attacks on his accusers and the court’s light sentences for his crimes point to a fundamental flaw in China’s plan to surpass the United States as a preeminent innovation nation. The country lacks checks and balances within its own scientific community and society. Science prides itself on its scientific method of repeatable results rigorously tested and approved by a group of peers.

As Thomas Kuhn wrote in his seminal study of the work of scientists, “The Structure of Scientific Revolutions,” most often discoveries are resisted by peers who have vested interests, yet eventually the community of scientists adapts – typically in nonviolent ways – as the discovery becomes a fact that expands on previous understanding. The scientific method is supposed to weed out wrong or misleading results and researchers to contribute to a base of standing knowledge upon which others may continue to build. The court systems in a civil society function similarly, with judgments passed based on a body of evidence that is indisputable in its objectivity and certainty.

Both science and society in China are based on patronage, though. Patrons are typically political appointees with ties to the Chinese Communist Party (CCP). They are made department heads, school directors and research presidents. Often, political appointees have little or no experience in the fields they are charged to manage. Subsequently, patrons themselves dole out positions of responsibility to scientists, funding for projects, even living quarters for the families of researchers. Consequently, researchers learn not to “bite the hand that feeds” if one wants to advance his or her career.

Judges on the bench are also political appointees with little training or experience in the complexities of litigation and judgment. As a Beijing lawyer once told me, she practiced “fake law.” For most cases, she told me, she is expected to take the judges out to dinner and treat them well. Sometimes she would have to play drinking games with the judge to decide the outcome of a case.

In other words, the two most important systems supporting innovation in a society are woefully skewed to meeting the demands and vanity of CCP sponsorship. Ultimately, Chinese business and industry is beholden to the same kind of patronage. The larger the enterprise and more closely aligned with national industrial policy, the fewer degrees of freedom of research & development (R&D) interests and commercial viability the entity has. The State directs the former and decides the latter, as Richard McGregor so engagingly writes in his penetrating expose “The Party: The Secret World of China’s Communist Rulers.” Yigong Shi and Yi Rao, deans of Life Sciences at Tsinghua and Peking Universities respectively, noted in an editorial in Science Magazine, “it is an open secret that doing good research is not as important as schmoozing with powerful bureaucrats and their favorite experts. China’s current research culture …. wastes resources, corrupts the spirit, and stymies innovation.”

The network of patronage that laces China’s R&D efforts affects the objectivity, quality and veracity of efforts to push the frontiers of science and to address some of the most profound challenges humankind has ever faced. Issues such as meeting burgeoning energy requirements; growing pollution hazards to the earth’s ecosystem; and consumption of nonrenewable resources such as land and water require a clear-eyed, a-politicized approach that will ensure the habitability of the country and the world. Britain’s National Endowment for Science, Technology and the Arts offered that China’s economic rise and new-found geopolitical heft make the country hugely important in working with other countries to resolve such sustainability issues.

Chinese patronage also affects the efforts of organizations that are attempting to blaze trails beyond a stultifying domestic environment into a world bristling with ideas and applications. Fields such as services outsourcing and internet applications risk being smothered for fear that devolution of creative energy destabilize the country. The gravity well of patronage also pulls on and warps genuine efforts of Chinese companies to become innovative global players that can go toe-to-toe against titans such as IBM, General Electric, Proctor and Gamble and others. Whatever plans the country has to become a global innovation powerhouse, it first has to surmount huge, self-inflicted challenges.

Some of the challenges are based in historic patterns that have become habits of thinking and action that run counter to international norms of transparency and reportage and to the scientific method itself. Other hurdles the nation needs to overcome are socio-political. Beijing will need to learn how to balance the will to survive by maintaining control over the society and economy with the very real need to create safe environments in which creativity, enquiry and impassioned dialog can ensue. With so many conflicts of interest throughout China’s government, educational and research institutions, however, it is little wonder that much of the country’s so-called innovation is inconsequential.