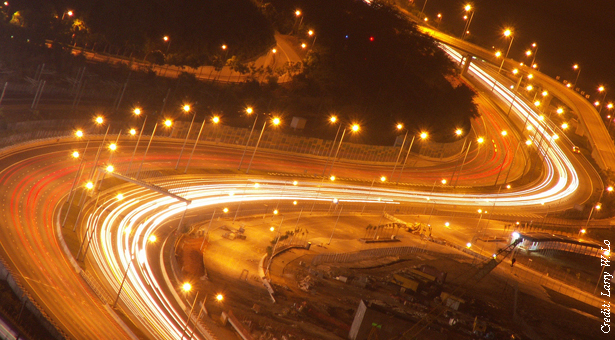 In investing, sometimes boring is good. Take toll roads, the relatively humdrum expressways provide a dose of certainty in an unclear Chinese and global economy. The business model couldn’t be simpler. People drive, people pay tolls, owners of toll roads make money. “People don’t really need or want surprises in these stocks. So no surprise is basically good news,” said Patrick Xu, a transportation analyst at Barclays. Zhejiang Expressway (0576.HKG) delivered the goods this week with an earnings release that was inline with Xu’s expectations. Thanks to high dividends and some potentially lucrative side projects in property development – with little risk of going belly up thanks to the steady toll income to finance the projects – investors should be able to expect consistent returns in the year to come despite slower growth in highway traffic. Investors looking to enter the sector can also consider Jiangsu Expressway (0177.HKG), which announces earnings today. The company is perhaps the strongest in the sector with Xu expecting 43% growth in earnings per share in 2013. The company is expected write down a one time charge of roughly $1.2 billion in its earnings as the government removed some tolls on one road, which “will scare some of the investors but it probably won’t really undermine the investability of their stock,” Xu said. If the stock goes down on the announcement, that might be the time to buy.

Quite the opposite of toll roads, there’s rarely a dull moment for Chinese tutoring firm Ambow Education Holding (AMBO.NYSE) in the past year, even if it’s exciting for all the wrong reasons: First was an internal misconduct probe and then shareholders accusing the company of faking an acquisition attempt. On March 15, the firm’s stock price saw a sudden reversal in its yearlong downward spiral when  Baring Private Equity Asia, a 10% stakeholder, launched a bid to take the company private. Ambow shares jumped 50% in one day. That was not to last, however, as three board members resigned, sending the stock back down. The resignations of board members who represent some of the firm’s largest stakeholders indicate a major disagreement, possibly over the buyout, one analyst said. Complicated boardroom drama may make for a compelling story, but it’s bad news for investors who might otherwise be interested in the China’s growing market for private education. Given all the companies’ woes, investors should have sold when the stock jumped 50%, the analyst said. “If you’re a retail investor and you don’t know what’s going on, you shouldn’t be in the game.” With no way of guessing what will happen next, investors hold Ambow stock at their own risk and may want to find the nearest exit.

Ain’t nothing but a 4G thang

China Telecom (CHA.NYSE, 0728.HKG) was obviously looking for attention from investors Wednesday when its chief executive hinted at employing a commonly used standard for its 4G network. China Mobile (CHL.NYSE, 0941.HKG) is by far the kingpin in the forth-generation game at present, but it’s rolling out a network on a China-developed standard of which little, including the price for development, is known. China Telecom’s tentative plan that would focus on major cities sounds like an effort to reduce costs and speed up its network development so that China Mobile doesn’t run away with every last 4G customer in the country. China Unicom (CHU.NYSE, 0762.HKG) hasn’t made an official comment on 4G yet. The problem in China is that no one really knows what the market for the new technology really looks like , or how much can be charged for the service, said CIMB Head of Equities Research for China Bertram Lai. “These are huge unknowns that everybody’s struggling with,” he said from Hong Kong. Regulation is the key to grasping the market. Unfortunately, an amalgam of interests sway regulation in the industry in China, and these are poorly understood, Lai said. One thing is clear, however. The Ministry of Industry and Internet Technology wants a balanced market. “MIIT is a pro-consumer regulator. What they would like to see is three healthy operators,” Lai said. The regulator is holding out on issuing 4G licenses at least until all three companies have a fighting chance. Investors should be wary of buying telco stock on the promise of higher earnings from 4G. The players may come out looking somewhat even in the end.

All is quiet with no new China-related listings in Hong Kong in this week and none slated for next week.