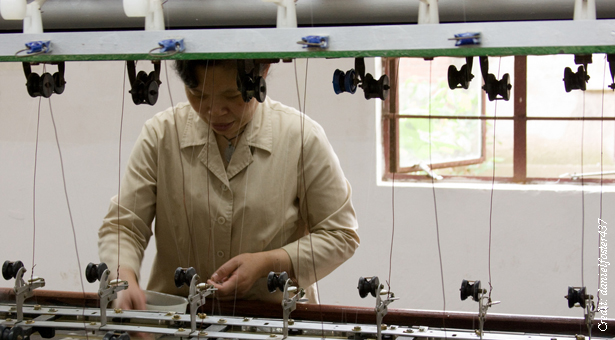 A failure to meet expectations

They thought the worst was behind us. China reversed nearly two years of slowing economic growth to close out 2012, and economists widely expected growth to continue to strengthen in the first three months of this year. Backed by expanded credit and rising exports, those predictions appeared to be fairly safe bets.

But the National Bureau of Statistics dashed these hopes earlier today, reporting that headline GDP growth sank to 7.7% in the first quarter, down from 7.9% in the fourth quarter and missing economists’ consensus expectations of 8% growth. Markets reacted quickly with the Shanghai Composite Index falling nearly 1% in early trading today.

Much of the decline in growth can be put down to a drop in industrial production, a sign that the current industrial- and investment-driven growth model is flagging. While growth in many key indicators declined, industrial production fell the most to 8.9% year-over-year in March from 9.9% in January and February. (Economists use the two-month period to offset Chinese New Year distortions.) A poll by Reuters put expected industrial production growth at 10% in March. Output of power, cement and a variety of metals declined – all integral components of China’s current manufacturing- and infrastructure-oriented growth model.

In a note following the data release, economists at investment bank BBVA attribute the slowing GDP growth to lacking domestic demand and companies that are hesitant to invest. Companies may have held off on investing as they waited to see what policies Beijing might enact to curb housing purchases and shadow banking. Similarly, there is likely some truth to official claims that the still inhospitable global economic climate dragged on China’s growth.

That decline in output isn’t necessarily a worrying sign: China needs to rebalance toward consumption, which means rapid industrial growth should come down. But consumption is not growing anywhere near fast enough to power the economy. While retail sales edged up to 12.6% in March from 12.3% for January-February, that growth remains well behind the 20.9% rise in fixed asset investment for the month. At that rate, consumption will be hard pressed to make grow as a share of GDP.

Perhaps most concerning is that China may react to disappointing GDP figures by turning to the same policy tools of expanding credit and increasing state spending that it has long used. Ting Lu, China economist for Bank of America Merrill Lynch, noted following the GDP data release that low inflation, coupled with the decline in GDP, could lay the groundwork for supportive monetary policy.

Those focused on growth in the immediate term may cheer these moves, but such policies could damage the long-term sustainability of the economy by pinning up the industrial growth model beyond its expiration date. Solar and steel provide examples of too much credit actually hurting industries in the long-term by allowing them to overinvest, leading to overcapacity and inefficiency.

Moreover, credit already expanded rapidly in the first quarter, indicating that even if Beijing boosts liquidity further that it may not have the desired effect. State-owned companies, which are the primary recipients of new loans and generally have ample financing, may just be using the newly available credit to make redundant investments, to roll over previous debt or otherwise use the money unproductively. In any event, this money is not making it to the “real economy,” as Zhu Haibin, chief China economist for JP Morgan, highlighted on Monday.

Investors should not concern themselves with slowing GDP growth but instead with its makeup. Headline GDP growth must come down with industrial production and fixed-asset investment as China’s leaders rebalance the economy.

If anything, Beijing should devise new policy tools that promote growth through consumption. The government could subsidize the most beneficial consumer purchases, as it has done in the past with energy efficient appliances, for example, rather than funneling money to state-owned companies as it usually does through explicit subsidies or cheap loans. Alternatively, it could offer incentives to develop the service industry.

Turning to the same old stimulus measures may pin up GDP growth for the short-term. But such a move will come at the cost of robust, and sustainable, economic growth in the future.