Home Banking & Finance With love, and a suitcase of cash, from Fiji 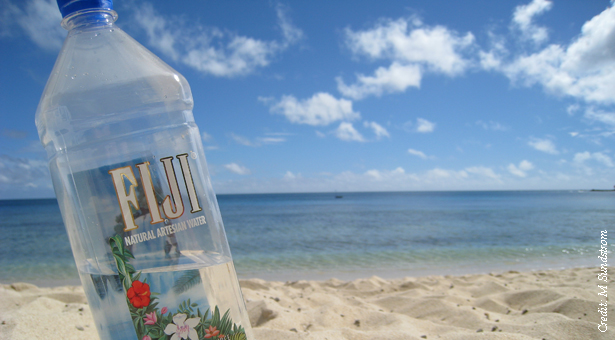 With love, and a suitcase of cash, from Fiji

The Fanxin scandal is insurance transgression at its best. Chen Yi, the general manager of Fanxin Insurance Agency, was hauled back to the mainland from Fiji on Monday by China’s international policing arm. Before fleeing China for the South Pacific island with about US$81.6 million in tow, the young boss of Shanghai’s biggest insurance firm had been selling illegal financial products to unsuspecting customers. Now China’s insurance regulator says it will investigate the industry as a whole for similar wrongdoings. This is undoubtedly bad for other mainland insurers – especially if they’ve been packaging unregulated wealth management products. However, investors in Hong Kong needn’t worry that the probe will spread to China’s insurance heavyweights. Firms such as PICC Property & Casualty (2328.HKG) and Ping An Insurance Group (2318.HKG) have not likely been dealing in shadowy products. “For the big ones, their risk control is much better,” said Olive Xia, an equities analyst at Pacific Core-Yamaichi International in Shanghai. At its best, Chen Yi’s cash-laden dash to a tropical island has added a touch of romance to an often dry industry.

Basking in the heat

The heat wave sweeping through China over the summer caused hot and bothered citizens to crank up the thermostat for a bit of cold comfort. Meanwhile, factory owners sought to ramp up production of the vast array of goods Chinese enterprises make. In July, demand for primary energy jumped 9.8% year-on-year. This has boosted energy producers. Power consumption growth in the first six months of 2013 was 4.3 percentage points year-on-year, benefitting mining giant China Coal (1898.HKG). More than 63% of H1 sales were locked in long-term contracts, which currently command a higher price for coal that spot contracts. The firm has also been raising output while others have been cutting back, expanding its market share, noted UOB Kay Hian analyst Helen Lau. She reiterated her buy rating on the stock. Offshore energy producer CNOOC (0883.HKG) reported higher than expected net income for H1and a solid 7.7% increase in production from a year earlier. Although Nexen, the Canadian oil and gas enterprise CNOOC acquired in a blockbuster US$15.5 billion deal in February, had a negligible impact on the bottom line, analysts at Sanford Bernstein “continue to be positive on CNOOC’s long-term growth outlook and rate CNOOC outperform.”

Talk is cheap, as the saying goes, but downloading pictures and music to your smartphones certainly isn’t. China Telecom (0728.HKG), one of China’s three mobile operators, reported a 21% year-on-year increase in H1 profit on the back of a major uptake by its users of 3G services. Fully 44% of its clients are now subscribed to data packages, a much higher percentage that at its bigger rivals. Sales are boosted “as the proportion of higher average revenue per user 3G subscriber rises,” analysts at Barclays said in a note. They maintained a neutral rating on China Telecom. The company has benefited for strong demand in the world’s biggest smartphone market. In particular, China Telecom’s tie-up with the popular iPhone produced by Apple (AAPL.NYSE) has allowed it to tempt users away from market leader China Mobile (0941.HKG), which doesn’t offer the product because of technical issues. Looking ahead offers a less picturesque view of the firm’s prospects. China Mobile is getting closer to securing a deal with Apple for the iPhone, and may even launch a cut-price version of the phone that the California-based tech giant is planning for emerging markets. The company is also waiting for word on China’s licenses for 4G – the new battleground for data subscribers. If it is forced to adopt the homegrown TDD standard, for which it is not prepared, it could fall far behind a China Mobile that is all ready to roll on that standard after heavy investment.

There are no IPOs planned for Chinese companies in the US or Hong Kong for the near term.