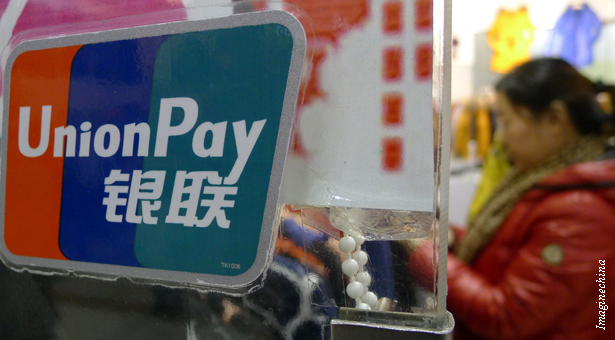 Foreign firms will struggle to hand out credit cards in China

MasterCard didn’t make a peep earlier this month when word leaked that Beijing had halted the company’s transactions in renminbi.

Leaked documents didn’t show when the payments were terminated, but the central bank effectively stopped the Chinese online payment platform EpayLinks from issuing yuan-denominated credit cards in partnership with the US firm. MasterCard declined to comment on the issue.

It’s quite the issue to keep mum on. After all, the WTO has already ruled that by blocking payment services and giving free range to its homegrown payment service UnionPay, China had not lived up to the commitments it made more than 12 years ago when it joined the organization. MasterCard would have found solid support in raising a loud complaint.

In May, before news of the foiled transactions surfaced, Ajay Banga said that China’s interpretation of the WTO rules would determine the prospects for foreign card companies in the future. That interpretation could come as soon as next month, according to state media. The government is expected to issue new rules at the end of July on how foreign banks and companies participate in the market.

But after the MasterCard debacle, China’s tolerance seems low for foreign financial institutions dealing in its currency. The company’s silence on the issue might show that it sees little promise in the market..

The market for credit cards hasn’t been making Chinese bankers rich either.

Compared to the US market, far fewer Chinese card holders rollover their debt, a major driver of global industry revenue in which cardholders pay off credit card debt on another card. The Chinese government also fixes annual interest on cards at 18%, leaving little room for banks to compete by lowering the rates. Instead, banks hawk items such as designer bag and Starbucks coupons at potential customers to get their cards in wallets and purses.

Foreign banks looking to issue cards have much fewer prospects.

Only two foreign banks in China have been allowed to hand out their own cards. The government granted Hong Kong-based Bank of East Asia permission to issue cards in 2008, but that business reportedly lost millions of yuan annually. Citigroup was also allowed to issue cards last year.

Other market players must partner with a Chinese bank in order to issue credit cards, a regulation that chips away profits.

An analyst at Mirae Assets told Bloomberg Businessweek in April that foreign banks might as well partner with domestic institutions since they have huge networks of locations and customers that outsiders don’t have.

Where the money is

Foreign firms that press on nonetheless will find another Chinese company with its hand in their pocket. UnionPay, the payment processor created in 2002 by China’s central bank and owned by more than 80 Chinese banks, skims off the top of every credit card transaction in renminbi. .

The People’s Bank of China says all banks that process transactions in yuan must partner with UnionPay. The rule puts the company’s logo on 2.9 billion bank and credit cards, as well as every ATM across the country. No UnionPay involvement is also what tripped up MasterCard with its partnership with EpayLinks.

UnionPay captured 23.8% of global credit and debit transactions in the first half of 2012, second behind Visa. The card is accepted in 135 countries.

The company’s rocket-like rise in a matter of a decade, made possible by its monopoly among Chinese consumers, is one of the factors that prompted the WTO last year to call for China to open the market to foreign firms.

MasterCard and Visa are both required to partner with UnionPay in order to process transactions in yuan. Neither have fought overly hard to gain access to the market despite the WTO’s support. But both of those companies are no doubt waiting hopefully for the new set of rules they hope will open the transaction-processing industry to them.

After 10 years of UnionPay’s unfettered growth, MasterCard and Visa may however find there’s little room in the market left for the international firms, with or without a rule change.

“One of the biggest problems for Visa and MasterCard is they won’t be partnering with most of the Chinese banks because [those banks are] already partnering with UnionPay,” Casey Baumgartner, an analyst at market research firm Maverick China, said. “And with most Chinese consumers, holding a debit or credit card issued from their Chinese banks, they’re automatically going to be going to UnionPay.”

Foreign payment companies would find striking substantial deals with Chinese banks difficult, because domestic firms, namely UnionPay, will continue to be favored for convenience. Given the expanding reach of UnionPay, there are few reasons why China’s banks would opt for a foreign brand. Even Chinese consumers believe that holding foreign cards is just too much trouble.

Institutions such as the Bank of East Asia are realizing the difficulty in branding their own cards in China. The lesson applies to MasterCard as well.

The firm should hope that a new set of rules will lead to greater returns on the mainland. China would also do well to follow its WTO commitments, however unlikely that seems. After all, China’s monopoly building is done, and UnionPay’s grip on the market is ironclad.

For the foreseeable future, getting a cut of UnionPay’s cut might be all that transaction processors can hope for. There’s not much to be won in the fight to issue foreign credit cards in the mainland. Perhaps that plain and simple fact accounted for MasterCard’s silence this month.