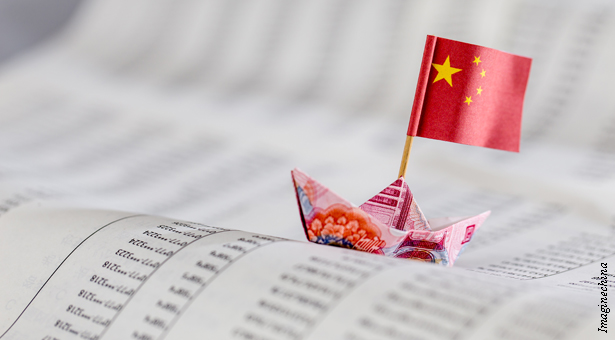 The global financial crisis cast a large shadow over the Chinese financial system, prompting already conservative regulators to adopt a more rigorous, and by extension slower approach to reform. Yet there are also skeletons from China’s own financial past that haunt officials.

So when policymakers recently decided re-launch a government bonds futures market that has been dormant and gathering dust for 18 years, hopes were raised about the positive implications for wider financial reforms that appear to be gathering speed.

A list of privileged companies that will be allowed to conduct the first trades in this sensitive area has apparently been drawn up and includes at least three foreign institutions. Draft regulations guiding market activity for brokerages and mutual funds are sitting on the regulator’s website for review.

If everything goes according to plan, trading of government bonds futures will commence at some point in September, creating expectations of better pricing of bonds and further steps in the liberalization of interest rates – an issue at the heart of Chinese financial reforms. Getting to this point has taken quite a bit of time, even by Chinese standards, although with good reason. On February 23, 1995, just eight minutes before the close of trading on the Shanghai Stock Exchange, an incredible action was put into motion that resulted in China’s biggest financial scandal to date.

According to accounts of the incident, Shenyin Wanguo Securities attempted to short the market by placing a massive, illegal sell order for 10 million futures with a face value of US$ 24 billion – more than five times the value of outstanding government bonds. Prices plummeted and investors were left dumbfounded.

Even though the Shanghai bourse moved quickly to nullify the order, the damage was done and the consequences far-reaching.

The brokerage went out of business and merged with a competitor a year later, its chief executive Guan Jinsheng was sent to prison and Wei Wenyuan, then president of the Shanghai Stock Exchange, resigned. A couple of months later the government bond futures market was suspended indefinitely.

While there is no guarantee that another unexpected surprise won’t rock the system, China’s financial industry has grown in maturity in the subsequent two decades and regulators are better prepared.

The standard five-year treasury contract, the type to be initially traded, has been changed significantly since its inception 18 years ago with the aim of reducing risk, Victor Fan, an analyst at financial services consultancy KapronAsia, wrote in a blog post. Back then the futures had no trading band, which they do now, while a system to limit positions taken has been introduced.

At the root of the success and safety of the new market is the shift in fundamentals. In the run-up to the shorting, the government was supporting bond-buyers with subsidies designed to keep them on board in a period of high inflation and rising bank deposit rates. Market activity was therefore directly influenced more by government policy than by supply and demand considerations.

Pressing the reopening of the government bonds futures market is part of broader financial reform, especially the liberalization of interest rates. Government bonds are not subject to the benchmark lending and deposit rates set by the central bank on maturities of up to five years.

China’s massive bond market, worth more than US$1.3 trillion (RMB8.07 trillion) at the end of 2012 according to official data, is inefficiently priced, so making it easier to better determine the price of bonds is another anticipated benefit. Businesses and traders will also be better able to hedge against volatility.

Government bonds futures have been put through their paces for more than a year in simulated trading overseen by regulators and with the participation of local institutions. Faced with the need to continue financial reforms, officials in Beijing are likely to give the OK for active trading to resume soon.

Should history repeat itself, however, all bets are off for the future of this market.