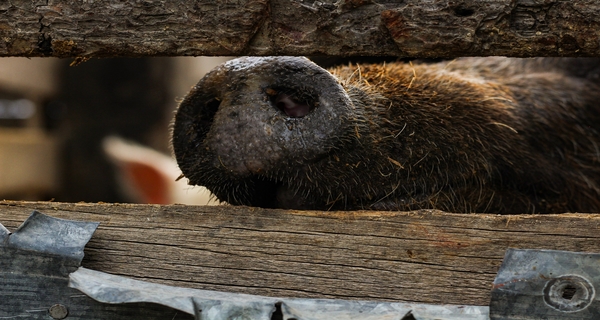 Consumer inflation accelerated in China last month following a bout of unforeseen agricultural disruptions, including the outbreak of African swine fever in several provinces. The rising prices are another headache for the People’s Bank of China (PBOC) as it tries to boost domestic demand.

The main driver was a significant jump in pork prices as outbreaks of African swine flu from farms across China continued to make headlines. Thirteen cases of the disease have now been confirmed in six geographically unconnected provinces. State officials have reportedly culled some 40,000 hogs to contain any further spread of the fever.

Also pushing up prices in August was the fallout from severe flooding in the eastern province of Shandong, sometimes known as China’s “home of vegetables” due to its large agricultural sector. The extreme weather has taken its toll on the country’s crop-growing outlook and pushed up vegetable prices by 9.0% y/y.

Producer prices grew at 4.0% y/y, the change coming from consistently high oil and steel prices. This was a month-on-month increase from July but a slight softening on a yearly basis due to a high base for comparison during last year’s second half.

The prospect of a sustained rise in price levels, which would usually open the door for tightening measures from China’s central bank, clashes with Beijing’s wider aims to stimulate economic growth with a more relaxed monetary policy.

Although factors such as flooding in Shandong are likely to be fleeting, some analysts believe that China’s pig problem may yet weigh on the market further.

Serena Zhou, an analyst at Mizuho Securities, wrote regarding the government’s culling decision that “while this is just a tiny fraction of the hog population nationwide, we believe any future development relating to the swine fever is worth watching closely.”

Inflationary outlook for the remainder of the year may depend heavily on changes in pork prices caused by a “supply shock,” Zhou added.

Markets are also gearing up for the imposition of further tariffs by the United States on Chinese imports and likely reciprocal measures from Beijing. The most recent plans to apply 10-25% levies on $200 billion of Chinese goods are due to be signed into effect in coming days, and if matched by China, offer further potential for upwards price pressure.

August’s data may not yet be an alarm bell for the central bank, but it is certainly untimely given the existing stock of headwinds facing policymakers regarding flagging demand and a slowing economy.

The PBOC has shown willingness to ease its monetary stance in order to boost liquidity and stimulate confidence in the economy. Cuts to banks’ reserve rate requirement and capital injections into the financial sector are among some of the measures employed in recent months to facilitate healthy borrowing for ends such as infrastructure spending.

Ultimately, this may be what the government keeps its focus on in the near- to mid-term. “While there are some upside risks to the inflation outlook from swine flu, renminbi weakness and tariffs on China’s imports from the US, we aren’t too concerned yet given that the broader macroeconomic drivers of inflation such as income growth appear to be weakening,” wrote Julian Evans-Pritchard, Senior China Economist at Capital Economics.

At present, China’s consumer price inflation risk has not been spiked by pork prices, but how the situation plays out in September may change the pace at which Beijing applies its stimulus measures.