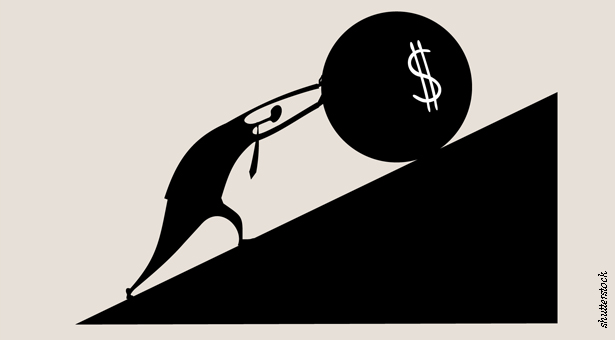 Less is more when it comes to China’s future growth

It’s a bad thing when the government talks about economic suicide. Li Keqiang, China’s new premier, has likened the pain of economic reform to that of severing one’s own wrist.

The statement has a wide range of implications. The premier most likely was referring to the gamut of industries that would suffer should the government tighten credit to its favored state-backed firms. Perhaps the comment was directed toward the moneyed interests that helm the state firms. After all, Li has also promised to cut the hand of the state in the economy.

Whether the wound is self inflicted or not, China’s economy is slowing. When GDP growth in the first three months of the year fell to 7.7%, down from 7.9% in the previous quarter, government rhetoric on reform has grown stronger – Li has even called it “self-imposed revolution.”

While analysts and economists agree that China’s slowdown, and presumably its rebalancing, will be painful, there is little consensus on what a reasonable growth target would look like in the coming years.

The 7.5% goal the government set for 2013 is expected to keep investment-driven growth high, holding back rebalancing. That begs the question, what would a more sustainable growth target be? 5%? 3%?

With many economists cringing at the very real prospect of 7% growth, China Economic Review considered what impact a moderately slower growth target of 6% might have. Even the effects of knocking down the growth rate that much are highly debated. But one thing seems certain: The country will lose blood whether it grows or slows.

Point of no return

Targeting 6% would have been effective in rebalancing the economy – but only if China had set that goal back in 2010, according to Patrick Chovanec, chief global strategist at New York-based Silvercrest Asset Management. That would have headed off many of the structural problems related to high investment and credit growth during the past three years. But now, even a 6% target is too high for any significant correction in the economy.

“We’re kind of past that point now,” Chovanec said.

China’s credit growth has skyrocketed in the past four years. A recent report from brokerage CLSA noted that between 2008 and 2012, total debt jumped from 148% of GDP to about 205%. That soaring credit growth is matched with the rapidly decreasing efficiency of spending, meaning that the country will have to lend increasingly larger amounts in order to achieve the same rate of growth, the CLSA report said.

“I can tell you a rebalancing story: Investment collapses, even goes negative. Consumption remains fairly resilient,” Chovanec said. “Now consumption is delivering 100% or more GDP growth. You’re left with consumption growth. But that’s not what people have in mind when they say rebalancing.”

That would deliver what he calls a much more qualitative rate of growth. The composition of the GDP figure says much more about China’s trajectory than the number itself. Driving up the level that domestic consumption contributes is one of the only option China has in maintaining high quality, sustainable growth while at the same time decreasing investment.

The current consumption figures aren’t promising. As China’s growth rate decreases, both investment and consumption have fallen, Chovenac said. Only because investment has slowed at a quicker rate than consumption can Chinese officials boast that domestic demand is growing.

Chovanec isn’t alone in projecting what sound like dismal GDP figures for next decade of growth in China. Michael Pettis, a professor of finance at Peking University, wrote in a newsletter last year that real rebalancing in China means an average GDP growth of about 3% during the next decade. Growth could remain higher at 5-6% for the next few year but will eventually drop off.

“In order for China truly to rebalance, however, we are going to need several years in which close to 100% of the growth is explained by consumption,” Pettis wrote in another newsletter in April.

The implications of tapering investment, even moderately, are huge. Li’s severed wrist metaphor is an accurate description of what not only state firms, but also many private industrial firms, would experience if the government stops building.

China has kept its interest rates artificially low while channeling cash to SOEs, largely leaving out the private sector. Tightening these lines of credit to SOEs, and decreasing government investments in infrastructure in particular, would be an early sign of reform

However, a decrease in funds to the state-owned sector wouldn’t just hurt these mammoth companies and the officials that oversee them. Those companies often source materials from private firms, so cutting payments to SOEs would trickle down to less business for their private suppliers.

For example, a slowdown in the construction sector, one of the main benefactors of government investment, would send a “shock wave” through a value chain that is highly connected to private business, said Wei Yao, China economist at French bank Societe Generale. Sectors such as cement would be particularly hard hit.

State-owned firms have more bargaining power than private companies which allows them to delay payments to suppliers if needed. “At the end of the day it’s the private sector that suffers more,” Yao said.

It’s not only business that would be hit by a curb in state investment. A recent report from the IMF noted that an overall decrease in government investment would lead to a fall in consumption. Much of China’s income, both corporate and personal, is related to infrastructure projects.

Allowing such a shock wave to sweep across China might prove much too risky to the stability of China. Even a growth rate of 6% is still too low given paltry domestic consumption, said Jonathan Leightner, a professor of economics at Georgia Regents University.

“Last year, Hu Jintao lowered the target from 8% to 7.5% and this lowering was viewed as extremely significant,” Leightner said. “I believe that such a drop [to 6%] would be too far.”

Before investment can be safely curbed, the government will need to create an environment in which Chinese people feel safe to spend their savings. Revamping the pension system and health care is one way to do that, Leightner said. Reducing corruption is another element that would lead to more spending.

Most likely, there also isn’t the political will to more aggressively slow down investment, as Chovanec of Silvercrest Asset Management calls for, much less let it collapse.

Restricting all government-backed growth – while it could be the fastest track to rebalancing – is akin to sending the world’s most populous country into economic shock. Such a move would not only unseat some of the country’s most powerful individuals at state firms, it would reveal lackluster domestic consumption and most likely give rise to the Communist Party’s greatest enemy: social unrest.

However, investment-based growth and surging levels of credit will prove increasingly unsustainable. Li recognizes this i
n addressing the pains of reform. He is talking about actions that will grind down investment, and therefore GDP figures.

Ultimately, there’s no perfect growth target – 7%, 6%, 5% – each comes with its own set of difficulties. But faster growth now will only steal from future growth by requiring harder adjustments later on. Likely some middle ground that significantly curbs industrial growth, perhaps a more significant figure than GDP, without collapsing it will provide for the most ideal transition.

Finding a balance in coming years will signal that Beijing is serious about its economic “revolution.” Perhaps the real bloodletter won’t be reform itself, but if Beijing hesitates to act at all.