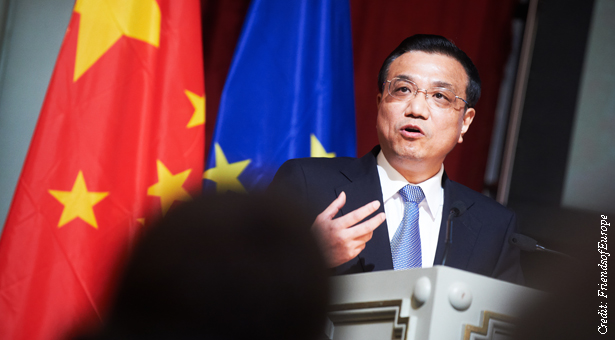 Li Keqiang is running a gauntlet of economic indicators and fledgling reforms. The premier is ducking inflation, vaulting unemployment and shouldering a heavy set of growth statistics as he tries to break from China’s foundering development model.

It will be a miracle if he doesn’t trip on one of the numerous hazards along the way.

Behind closed doors, new leaders are thought to have spent their first four months in power hammering out the parameters for how to run the world’s second-largest economy. The country’s new approach to economic policy has been variously called “Likonomics” and “Li Keqiang Put” (a call back to Federal Reserve chairmen Ben Bernanke and Alan Greenspan) because Li Keqiang as premier is charged with managing the economy. Chinese media has dubbed the 58-year-old’s attempt to transition the economy as the “Li Keqiang interval,” or a time of rational policymaking.

Li has hard numbers guiding him this year: Keep annual GDP growth at 7.5% in 2013; hold inflation below 3.5%; stay urban unemployment at 4.6% and create more than 9 million new jobs.

If that sounds too simplistic, he’ll also need to decrease investment’s contribution to GDP figures and tackle credit growth – both promise to be lasting threats to the economic transition – and push harder on regulators to reform China’s banking and securities markets.

The essence of questionably named Likonomics isn’t in the numbers themselves. The term appears to have emerged from investment banks and is far from official. Currently, it’s a catchall for describing Li’s approach to economic policy, in part based on his past actions and statements.

Given opaque Chinese politics, theories on Likonomics also include a heavy dose of speculation about what is happening behind the scenes.

Li’s strategy is to permit slower GDP growth today in order to push through substantial reforms that will benefit the economy in the future, Lu Ting at Bank of America Merrill Lynch says.

The question now is where Li’s bottom line for growth lies. The premier said this month that he wouldn’t allow GDP growth to fall below a “floor,” which he neglected to define.

Nevertheless, this shows that Li may be willing to appease critics for the time being by supporting higher headline growth in order to “buy time for building his team and designing reform strategy,” as Lu states.

What this means for the rest of 2013 is that Li may try to keep economic growth on the floor – as low as it can go without drawing harsh political backlash – while forging a stronger, more sustainable growth model.

That plan will likely involve a more fine-tuned stimulus as analysts agree that the central government will not unleash a massive stimulus as it has in the past.

Late last week, Li’s cabinet said the government would support the IT sector, clean energy and public housing. Analysts will watch carefully how much cash is spent in these sectors.

China watchers may yet be surprised by stronger-than-expected growth this year depending on these measures, HSBC’s Qu Hongbin said in a note this week, underlining Beijing’s past willingness to print money and spend its way out of a crisis. “Beijing has sufficient ammunition (on both fiscal and monetary fronts) to avert a hard landing.”

Meanwhile, speculation about Li’s approach to monetary policy is far more rampant on account of a major shock to the banking system last month. Li’s role in the monetary maneuver is unclear.

Now referred to as a “cash crunch,” money drained out of the system last month because of several factors, including the typical liquidity squeeze in advance of holidays such as the Dragon Boat Festival and demand for cash rising as corporate taxes came due.

But the People’s Bank of China (PBoC) refused to step in with more redbacks when the country’s banks ran low on cash, causing interbank lending rates to soar. The central bank eventually intervened but not without admonishing commercial bankers for poor lending practices and leading Chinese investors into a panic on the country’s stock exchanges.

Some analysts have said the PBoC’s hesitation may have been a method of punishing irresponsible lenders. Others have posited that it was a ploy to expose the bad practices of the last decade of leadership. Some say the original squeeze on liquidity was unintentional and the central bank’s ineptitude led to the tardy response.

Yale professor and infamous China bull Stephen Roach attributed the banking standoff to “new marching orders” that Li and President Xi Jinping have handed down to regulators such as Zhou Xiaochuan at the PBoC.

With no way to know how the crunch came about, a directive straight from the top to tighten liquidity would at least be well in line with Li’s pledge to rein in credit growth that has surged during the past four years. The move also reinforces the idea that he’s willing to let the economy suffer temporarily in order to stimulate reform later.

Speculation on fiscal and monetary policy adds a degree of uncertainty to the real direction of reform. There are, however, signs of concrete, albeit fledgling, reforms in the banking and securities industries.

This week, Chinese business news service Caixin reported on a slew of potential reforms in the works for Chinese banks. Those included building a depository insurance system and stronger bankruptcy laws for banks.

“Yes, steps are being taking to make things better for international investors in the China market,” said Jim McCafferty, co-head of equities research at CIMB in Hong Kong, including the expansion of a foreign investment program. The new head of the China Securities Regulatory Commission, Xiao Gang, has been given credit for the changes, but new securities policy can still be traced to the highest reaches of the government.

“At the end of the day, the way that the Chinese authorities work is that it all goes to the top,” McCafferty said.

Interestingly enough, Li may be more pro-reform than financial regulators. Hong Kong-based newspaper South China Morning Post reported last week that Li fought for a plan to open a free trade zone in Shanghai against heavy opposition from the oversight committees of the CSRC and China’s banking regulator.

Both domestic and international observers have praised Li’s struggle for reform. But it has yet to be seen if these efforts will go below the surface to penetrate some of China’s deeper structural problems. Non-performing loans at local banks, as well as shadow banking, still pose a significant threat to the country’s financial system.

Runaway credit growth has slowed somewhat. Month-on-month growth of total social financing (TSF), China’s broadest measure of credit, fell to the lowest point in more than a year in June, with unofficial lending known as shadow banking notably contracting. But analysts highlighted that, despite the slowdown, TSF had still grown by more than 30% year-on-year.

This leads to questions over how much policymakers will need to tighten liquidity if they truly want to bring down credit growth. Deutsche Bank recently estimated the size of China’s sh
adow banking at about US$3.4 trillion, accounting for roughly 40% of GDP.

Investment as a component of growth is just as troubling. Of the 7.5% GDP growth announced for the second quarter, investment composed 5.9 percentage points, up from 2.3 percentage points in the first quarter. These figures fly in the face of what experts say are the most important aspects of real change to the economy, namely weening China off of inefficient investment.

“This is clearly a bad news for China’s leaders, as they have pledged to shift the economy away from investment,” Wang Qinwei, a London-based China economist at Capital Economics, told China Economic Review in an email. “It would be more comfortable if China’s slowdown was being accompanied by a shift in the drivers of growth from investment to consumption.”

That part of Li’s plan – big-picture, sweeping reform to China’s growth model – has yet to materialize.