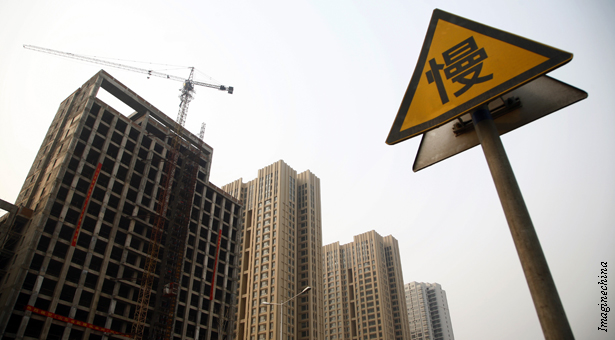 A decades-long infrastructure boom in China looks set to deliver firms like China State Construction yet another vibrant 10 years of tying rebar and pouring concrete. The company, a Hong Kong-listed subsidiary of state-owned behemoth China State Construction and Engineering, has been a major beneficiary of policy-driven building and infrastructure growth during the past 30 years.

Now the company is poised to build a portion of the more than 17 million units of subsidized housing that the Chinese government plans to construct, as well as two massive projects in Hong Kong and Macau. China State Construction recently reported US$274.5 million in profits in 2012 and projected that figure to climb by about 130% to US$631 million in 2015.

As investors in Hong Kong watch China State Construction take in strong earnings this year, some may be wary of the company’s prospects in light of new promises to overhaul the state sector and further allow for private business to compete. The new leadership lineup that took control of the government two weeks ago has acknowledged many of the problems with China’s state-owned enterprises (SOEs), and they have pledged to push on with much-needed reform.

Companies controlled by the Chinese government are bastions of inefficiency kept profitable by subsidies, low-interest loans and other barriers that have held the private sector down for more than 60 years on the mainland. They are also conduits for funneling the huge dividends of China’s rapid economic growth into the pockets of vested interests with strong ties to the government.

But while analysts can point to areas that should be reformed, they are hesitant to predict specific areas within China’s massive state sector where reforms might actually happen. Policy watchers can only guess how vague government statements will translate into on-the-ground practice.

State champions such as China State Construction will likely be protected from any major reforms and will continue to do business as it has for decades. “On China State Construction, I don’t see any impact regarding SOE reform,” said one insider who follows the company and spoke on condition of anonymity because he was not permitted to speak with the press.

As far off as it might be, experts said feasible reform wouldn’t significantly restructure SOEs but would rather change the way they are governed and regulated. Moves that could include changing the way SOEs appoint leadership or cutting subsidies that allow for high profits despite inefficiency.

China’s just-named leadership, led by President Xi Jinping, has given the impression that it wants to end business as usual for SOEs. New Premier Li Keqiang during his well-received speech at the National People’s Congress earlier this month spoke of leveling the playing field between SOEs and private enterprise, not the kind of talk executives at firms such as China State Construction like to hear.

Some reforms to the state sector are already underway. In early February, the government announced that SOEs must increase the dividends they remit to the state budget by five percentage points. These funds could be used to increase social spending, part of a larger plan to reduce inequality. But, the sum that actually goes into social benefits will likely be small if the past is any indication. Most of the earnings SOEs pay into the budget, currently between 5% and 20%, are actually recycled back into the firms themselves.

This, coupled with a measure to lower SOE salaries as part of China’s effort to reduce income inequality, is a positive sign that momentum could be gathering behind reforms, said Ryan Rutkowski, a research analyst at the Peterson Institute for International Economics in Washington, DC, in an email.

Beyond this, predicting how Xi and Li will act on reform or assessing their commitment to breaking down SOEs is difficult given China’s opaque policymaking process. Perhaps it’s easier to say what is not going to happen in the next five years. Rutkowski said privatization or major reductions in state ownership of the 117 SOEs that report directly to the government are not on the agenda.

The Chinese government is still far from loosening its grip on SOEs despite leaders’ recent public comments, said Hao Zhou, a Shanghai-based economist at ANZ Bank. The government’s ability to directing the operations and spending of state-owned enterprises remains a major policy tool. “I couldn’t see [a policy shift] that is substantial because I still think it’s difficult for the government to give up its role in the SOE sector,” he said. “So the SOEs will still continue to play a very important role in the economy as a whole.”

One important reform – albeit one that’s still far off – is the way that SOE leadership is appointed and assessed. At present, the government and the Communist Party have ultimate power over who heads the firms. The mysterious Organizational Department, which also directly appoints many government leadership spots, chooses SOE leaders as well.

The process is based far more on political merit than economic expertise, a trait that hurts efficiency and can make firms look like government bureaucracies. Allowing a firm’s board of directors to choose executives, as is done at normal companies, could boost productivity at SOEs. While the directors may have strong links to the government, they would be more concerned with an executive’s impact on the bottom line than an explicitly political agency like the Organizational Department.

“The most important thing is whether the government or the Communist Party will continue to appoint the leaders of the SOEs,” Hao said. If the government doesn’t budge on this, it should at least make market-based evaluations of the leaders and the performances of their companies, he added.

In the near term, the government could also reduce subsidies to SOEs, subjecting them to market forces that would increase inefficiency. Reducing subsidies for things such as land, power and other inputs is one area of much-needed reform, Rutkowski said. Continuing to liberalize interest rates and further allowing private firms to compete with SOEs for capital is another step that should be taken. But leaders will tiptoe around many of these forceful moves due to the risk in toppling debt-laden firms, a significant risk to China’s financial sector.

“The major challenge is how to reform costs for SOEs gradually, so you can encourage more efficient investments without leading to a significant rise in non-performing loans, bond defaults or delisting in the financial sector,” he said.

Even as Premier Li advocates reform, he finds his initiatives tangled tightly with interest of state firms. Li has been a major proponent of constructing millions of units of low-income housing that will assist in the urbanization process. None other than China State Construction will take a major share in building the flats, Citi Research noted recently.

As much as the new government entertains the thought of reforming SOEs, China’s new administration is inheriting an economy in which rigid state control is the norm. With every push to make headway toward a more market-based economy, leaders will find the state sector inseparable from their efforts to keep th
e country’s economy running at high speed.