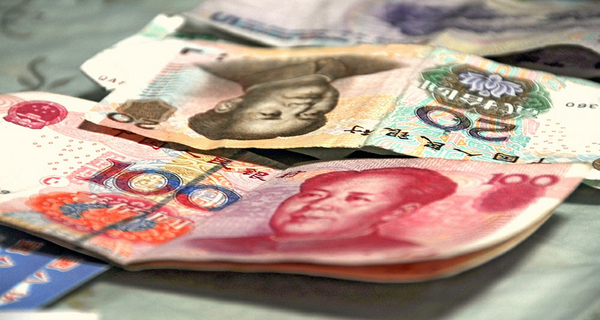 Markets shrug off higher inflation as Beijing focuses on easing

China’s consumer inflation accelerated for the fourth straight month, hitting the highest reading since February, according to Tuesday’s official data release. But market watchers are sticking to earlier predictions that a rise in inflation will not affect the government’s wider goals to stabilise the economy.

The headline consumer price index (CPI) picked up to 2.5% year-on-year in September from 2.3% a month earlier, according to data from the National Bureau of Statistics (NBS), staying in line with market estimates. Ignoring seasonal spikes caused by particularly high activity during the Chinese New Year period, this is the highest CPI figure since May 2014.

The increase has been heavily attributed to unforeseen weather and agricultural events at the end of the summer, namely outbreaks of African swine fever and severe flooding in China’s Shandong province. Pork and vegetable prices jumped 3.7% and 10% respectively on a monthly basis in September.

Although the scale of swine fever in China is tiny compared with the country’s entire pork supply, the continued announcement of up to 10 fresh cases into October may continue to cause uncertainty for inflation in coming months.

Stripping out food and energy prices, China’s core inflation eased to 1.7% compared with a year previous, suggesting that recent rises are a temporary blip and not symptomatic of wider, structural challenges. The government’s upper limit on inflation for this year is 3%, placing the latest figures well within the safety margin.

Beijing is currently unleashing a series of stimulus measures to help boost ailing demand and curtail slowing economic growth. Last week the People’s Bank of China cut the reserve requirement ratio of commercial banks for the fourth time this year, freeing up Rmb 750 billion ($110 billion) for the financial sector.

Creeping inflation at a time when Beijing is trying to spur growth could cause complications in terms of controlling the economy’s various policy levers. Analysts are in consensus, however, that the current commitment to easing will stay on top of officials’ list of priorities.

“We do not expect contained inflation to affect Beijing’s policy agenda to stimulate domestic demand,” wrote analysts at Nomura, who forecast easing will continue well into next year. “Although this time they should be narrower, slower and smaller than in previous easing cycles.”

The latest data release may not illicit a change in policy direction, but some are saying it may underestimate true inflationary pressures weighing on the economy. As the Wall Street Journal reported on Wednesday, rising real living costs driven by surging rent, education and healthcare could pose a threat to consumption not borne out in the inflation data alone.

As the Journal notes, the government-backed China Real Estate Association estimates that rents have risen 10% this year, much higher than the estimate provided by the NBS, which says that rents are up just 3%.

“Consumers definitely feel the pressure, though official data may not fully show it,” said Fan Lei, an economist at Sealand Securities.