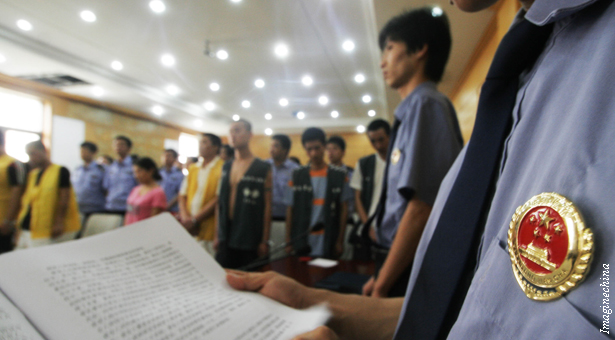 The Chinese government’s admission in February that “cancer villages” exist around the country is disturbing yet hardly surprising. Industrial environs that recall Friedrich Engel’s writing on 19th-century England are common place in the country’s hinterland. Perhaps the only thing surprising about it was the admission itself.

On second thought, however, in declaring that such toxic towns exist, is the government putting itself, its chemical companies or its massive coal burners at great financial risk? The answer is no, because although these obstacles to happiness and health are now officially documented, it’s very difficult – often impossible – under Chinese law to file a class-action lawsuit against a company. In the West, class action is well known for mustering popular support and attracting media attention.

The effects of a largely neglected framework for class-action litigation extend beyond the physical environment and into China’s consumer and investment climate. The prevalence of shoddy – sometimes deadly – consumer products and poor food and medicine standards on the mainland reflects a legal arrangement where the company rules and the wronged consumer rarely get adequate compensation.

Even securities reform is caught in the mess. Some of the reckless financial reporting by companies listed on the Shanghai Stock Exchange during the past four years, and the subsequent distrust and poor performance of A shares, can be attributed in part to the meager recourse retail investors have to collectively pursue claims.

Securities regulators and China’s Ministry of Justice saw the problems such suits could create for companies coming from a long way away. An early 2002 notice from the Supreme People’s Court barred shareholders from bringing class-action suits against companies that falsely reported earnings or assets, allowing for only individual or smaller joint actions.

Only with an official announcement from the court can any class-action suits be lodged. And this has been a rare route for courts to take. A legal journal produced by East China University of Political Science and Law called class-action suites “non-existent” in China in late 2011. “Obviously, without the court’s announcement, no [class-action suit] will come to be,” the journal said.

A mountain of litigation

Class-action litigation may touch a nerve in the central government. In the words of a Beijing-based lawyer who spoke with CHINA ECONOMIC REVIEW on Wednesday, China’s class-action problem isn’t in the framework of the law itself. Although rarely tested, class-action cases, or what the Chinese government refers to as “representative litigation,” do happen with court approval. The major challenge is a “social one,” the lawyer said.

Imagine if cancer villages banded together and brought state-owned chemical factories to court. Or if rural residents, disenchanted with land evictions, sought to take on their township cadres. China admits that up to 100,000 protests occur in the country every year (that number has flattened out and it seems Beijing is not willing to break that mark), with forced demolitions and clashes with police being the most common causes of unrest last year. The government may prefer a flipped police car to 150 villagers crammed into a court room.

The issue stopping adoption of class-action suits is that there are simply too many social problems. Consider if class-actions were allowed in instances of false financial reporting on the Shanghai Stock Exchange that resulted in a corporations failure to meet obligations to shareholders – Chinese companies would be tangled in costly litigation for years.

The government is talking about reforming laws, specifically the Consumer Rights Protection Law, that would make class-action easier. The consumer law was up for amendment to do just that during the annual National People’s Congress last month, but there was no visible progress on that. China has also set up a handful of “environmental courts” to better deal with the human side of environmental degradation. That initiative has so far been largely ineffective, according to a Xinhua News Agency report.

There were even signs in 2012 that class-action suits were losing support at the top reaches of the government. In April last year, an amendment to China’s Civil Law Procedure was proposed to limit the entities that can lodge the suits, generating criticism from legal authorities.

Perhaps the most promising reform is in the securities market. China’s securities regulator is in the process of establishing a “China Securities Investor Development Center,” which will, among other things, represent angry investors in class-action suits against cheating companies. The breadth for action appears to be limited in its first stage. Investors will need permission from the center to pursue any kind of litigation – and who knows what securing that could entail.

Still, threatening at least some form of large-scale punishment for shady financial reports is a step in the right direction. This project should be expanded and, over time, companies could be more hesitant to lie to shareholders.

On a larger scale, the Communist Party should let the people do what communists do best: band together and protect their interests from capitalism. However, it would be naïve to think that a sudden opening of a class-action floodgate would in any way solve the bigger environmental and health issues at hand. The suits should be kneaded into the formula for legal and economic reform to resolve systemic problems with development that, hopefully, China’s new leadership will introduce during the next decade.

In fact, a floodgate is not what needs to break in China as it undertakes its great economic rebalancing. It’s small, incremental reforms such as improvement to China’s laws – populist moves that new leaders should not be shy about enacting.