Home Columns & Interviews Paul Midler, author of 'Poorly Made in China', on the new wave of product scandals

Paul Midler, author of 'Poorly Made in China', on the new wave of product scandals 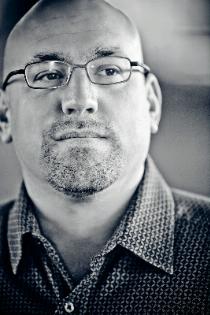 Q: Quality-control issues have remained a serious issue in China despite government efforts. Now we have another melamine scandal. What is your take on the problem and how do we solve it?
Before we get around to solutions, we must have at least some level of discussion on the topic, and before we engage in discussion, we have to admit that there is a serious problem. We can’t say there is no problem, and then jump straight to a solution. There’s too much to discuss, and there’s too much at stake. Just to give a simple example, many people don’t know how to differentiate between different kinds of quality problems. A shipment can be rejected because of a production error, or it can be the fault of willful shenanigans. You have to solve each of these problems differently.

On the issue of denialism, in general I think that many want to believe that everything is all right. Every time we have a quality scandal, the public genuinely believes that the manufacturing sector has learned its lesson. But then it happens again. Here we are. It’s 2010, and we’ve just been hit with another melamine crisis.  And now we have the cadmium cases. If you’re a parent, and you are told that some of your toys may be made with a toxic metal, what are you going to do? You can’t send trinkets that cost you a few dollars off to a laboratory for testing. Families are now forced to throw away things of unknown origin.

As of today, we still don’t know where the faulty accelerators in Toyota automobiles were actually manufactured. We know that the supplier was CTS Corporation, an American company, and that CTS’s largest manufacturing warehouse is in South China. And we know that the plant in South China does in fact make accelerator assemblies. The press has remained silent. They have not pointed out the connection between CTS and South China. There are many who want to see China avoid further embarrassment, but Quality – with a capital "Q" – is a much bigger idea than not getting caught in a scandal.

Q: To what extent is improved legal enforcement of quality control standards capable of addressing the problem?
There is too much negative reinforcement of behaviors when it comes to quality control, not enough focus on what is positive. Why can’t high quality be a goal in itself? Manufacturers often view quality as a barrier to greater profitability. The smaller number who engage in the most egregious cases of product manipulation threaten to ruin the opportunity for the whole country. If certain behaviors were happening in other economies, some might be more vocal in expressing displeasure. And the solution can’t be only legal. There are laws in place. Beijing has shown willingness to enforce related law, but just look at the reoccurrence of these scandals. The cadmium case is something of a shock if you believe that laws were going to fix the problem. Factories replaced toxic lead with another harmful substance, and their response has been, "you never told us not to use cadmium." One of the points I made in my book is that there are serious challenges in Chinese manufacturing. A lack of education is one factor, but then there is also this issue of trust. Contract manufacturing is a team effort, and customers should be able to count on their suppliers to use raw materials that are not harmful.

Q: Your book suggests that Chinese factory owners have an unconventional notion about customer service, and that this has something to do with quality failures. How so?
There are manufacturers that pretend they have a traditional notion of customer service. They will talk about how "the customer is God," and they will go out of their way to make their customer feel that they are cherished. China’s famous red-carpet treatment is one of the soft reasons behind why the economy has been able to capture so many of the world’s manufacturing orders. What is curious is the way that these relationships change over time, though. Ask foreign importers, and many of them will tell you, "my relationship has deteriorated over time." Others describe a roller-coaster effect. The relationship goes down, and then before it falls completely into disrepair, it goes back up, and then again back down. In many other corners of the world, business relationships improve over time as familiarity breeds trust and greater levels of mutual understanding. It can seem at times that these Chinese manufacturers think of themselves as "emperors," and they want their customers to pay tribute. What I suggested in the book was that the importers were paying tribute with foreign currency, and the gifts that they were allowed to return home with came in the form of factory merchandise.

Q: Some believe that these sorts of high-profile cases are exceptions, and that most of the cases are benign. Some say that quality problems are what every developing economy goes through. How do you answer these kinds of challenges?
Some read the headlines involving quality failures, and they see the number of cases as being small. One thing that I have tried to point out is that these public cases are merely representative of a larger problem. For every public case, there are probably hundreds of instances where an importer tried and failed to prevent some manner of quality manipulation at the factory level. If a manufacturer of stainless steel tubing is found to be making its product with not enough nickel, that’s not going to make the morning news. You would have to be working with a large number of suppliers to see how much product manipulation goes on in China. Let’s put it this way. Consider the thousands of inspectors who are running around China, and consider why they are there. Some have compared China in this last decade with Japan in the 1950s or 1960s (when it was known for making inferior goods). At no time during Japan’s development did any other economy send in as many foreign inspectors as have been sent to China. An entire industry of third-party inspections has arisen to match the sudden need, and it should be seen as a sign that there is something wrong. We can all appreciate where China is today as a developing economy, but at the same time we must have some sympathy for consumers in the West. In the 1990s, economists suggested that we would all save hundreds of dollars by allowing our products to be made in China. During this time, no one ever suggested that we would have to revert consumer product safety standards back to the 19th century. If you told most of these consumers that there would be a trade off, they would not have given consent. The problem is that China took on this role as the world’s workshop before it was ready to do so.

Q: Assume that Chinese factories do not change their strategy. What will happen?
I don’t mean to sound cynical, but what happens to most problems when you sweep them under the rug? What happens when you ignore problems in the hope that they will go away on their own? On this issue of quality control, we are faced with a serious issue. So long as nothing fundamental changes, you can bet good money there will be further headlines involving quality failures. Let me add one thing. China is capable of making some very high-quality products. I never say that China makes only poor products. But the problem is that a great many products are sub-standard, and the reason for these sub-standard products has often to do with a common view that improved quality has only a short-run, negative impact on profitability. A number of industrialists are threatening the opportunity for the country as a whole, and even more disturbing is that some are acting in bad faith. On the other side of the equation, there are a number of individuals in China – the good apples – who are not willing to stick their necks out to raise the issue and to get something done about the most unscrupulous actors. Every time something goes wrong, the government says that they are cracking down, and everyone says, "that’s good enough for me." Too many are looking the other way when they could be pressuring their peers to raise the bar for quality standards.

Q: In your book you describe a dart tournament in which a player from England faces a local challenger. The European player is actually world champion and the Chinese player is no match. The local player is losing the game and misses the board entirely at one point. The champion picks up his opponent’s darts and places them in the bull’s-eye, and the judge counts the score. The crowd goes wild, and you are baffled as to the reason for their applause. What does this sort of crowd behavior say about the Chinese?
It was an unusual scenario. The game was televised, and it was a serious match. I found it interesting that the perfect score was granted to the player, even though his opponent had placed the darts in the right spot so as to register the maximum score. When the crowd went wild, I didn’t know what to make of it. What it might show is that Chinese care about the appearance of something more than anything else. In other parts of the book, I speak about the malleable nature of reality in China. You have factories that don’t really exist, though the owners pretend that they have manufacturing operations. Sometimes people will stare at a problem and wish away the problem. China is an interesting place, full of curious behaviors of this nature.

Q: You seem to be making a pretty good case for not manufacturing in China. Is that the case?
It’s not that I make an argument for staying out of China. It’s that I would like some foreigners who are in business to have a more realistic sense of the risks. When it comes to quality challenges alone, you can consider that every one of these importers thinks, "it’s not going to happen to us." And they may play with odds that are quite long. Even if the odds of something going terribly wrong are 1 in 1,000, consider how many players there are in China, and what that means in terms of consumer safety risk. What disturbs me most are not the genuine accidents, but the more willful game playing that goes on in manufacturing. I am thinking here of those who placed melamine in milk, and those who replaced lead with cadmium and then said, "you never told us not to use cadmium." No one is really talking about certain behaviors that are common, and so you can expect to see more of the same.

NOTE: Poorly Made in China was reviewed in the August 2009 issue of China Economic Review.