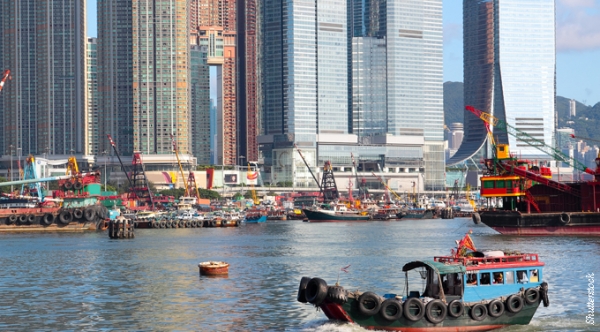 Tracy Dahlby, former Tokyo bureau chief, National Geographic contributor and author of the new memoir Into the Field: A Foreign Correspondent’s Notebook, looks back on a life of reporting on Asia

You got your start as a reporter for a financial newswire in Japan during the 70s, back when it was still big on heavy industry, but had begun shifting toward a consumer economy. China stories often echo that narrative these days, but was Tokyo ever so polluted?

I’d say “not as” but it could be pretty grim. I remember being profoundly disappointed when, in 1976, I climbed Mount Fuji for the first time only to stumble upon slopes strewn with trash. I wondered how the Japanese, who had a reputation, in poetry and prose, as world-champion lovers of nature could let their iconic mountain go to hell like that. So Fuji was my reigning metaphor. And it’s true that Tokyo often choked under a blanket of industrial smog. I don’t think it ever reached what China is coping with today. But it pays to remember that Japan got its pollution problems under control and, with the right policies, China has a shot at doing so too. How China does that while maintaining economic growth and meeting rising popular expectations is, of course, the compelling mystery.

Much is still made of the apparent economic similarities between China now and Japan during the boom years. You write in your book about covering both during your career — what comparisons hold up, and which strike you as misguided?

During my brief time at the financial news wire in Tokyo, I took the stock market closings in my shaky Japanese and wasn’t always sure I’d got the decimal point in the right place. Frankly, I’m still a little amazed that the global economy survived. In writing about those times today, however, I very much feel China looking over my shoulder because there are the obvious similarities between Japan then and China now—the active, pointed pioneering of overseas markets and the gobbling up of vast sources of raw materials, the frenetic building of roads, dams, bridges and airports and, above all, the psychological transformation that comes to a country with rapidly rising consumer expectations. The big difference, of course, is a matter of scale and scope. What China has undertaken dwarfs other models and that’s what makes it such a wonderful, wrenching, gripping story to behold.

When and why did you first come to China as a journalist?

I made my first trip to China in January of 1978, about 14 months after the death of Mao Zedong. Beijing was a city of bicycles, Mao suits and, for foreigners, a Friendship Store that was not exactly consumer-friendly. It wasn’t easy for an American to get a visa back then. But a friend of a friend in Hong Kong, a wonderful local businesswoman, insisted that I apply and that I turn over my passport to her. It turns out she had been at school with a man who worked the other side of the fence for China travel and presided over the tourist visa stamp. So I found myself headed over the border by train to Guangzhou and then Beijing with a group of Japanese, American and Australian tourists. I somehow managed to report a story for The New York Times travel section on that jaunt at a time when China had become an alluring ticket for American travelers. So I guess you could say I started my China watching as half tourist, half hustling hack, and that’s pretty much the way I proceeded in my career, as a friend recently put it, letting myself “wander and wonder.”

There were earlier motivations, too. I was a typically restless undergrad in Seattle, Washington, living at home and eager to trade a ho-hum life for the excitement and adventure of the wider world. I’d heard reports of the Cultural Revolution on a radio in my bedroom that was ridiculously large—the size of a shoebox. Today, we can dial up tons of information about China on our smart phones or e-tablets. In those days, China was a black box, information was scarce, and what there was required strenuous decoding. That of course meant that China was a tremendous mystery that fired your imagination. You really wanted to get out to Asia and take a crack at trying to figure it out.

It’s rare to go a week lately without a dust-up between China and any of the countries that ring the South China Sea. Did the region always seem destined for conflict, or did most seem to buy into China’s “peaceful rise” sales pitch?

It’s remarkable to me how little has changed in the fundamental terms of that dispute over the last two decades, despite today’s frenetic foreign press coverage of China’s new harder line. I open “Into the Field” by recounting a nearly three-month reporting swing I took through the South China Sea immediately after Handover in Hong Kong in 1997. With the help of friends in Manila, I managed to talk my way out to the Spratlys with a transport plane full of rifle-toting Filipino military men. It was starkly beautiful out there but blessedly little was going on, at least on the surface. Then as now, the billion- or maybe trillion-dollar question was the extent of resources that might rest on the sea floor. Such visions, part analysis, part ambitious national dreaming, will, I’d wager, continue to ratchet up tensions as China continues to rise, peacefully or not.

China is the clear center of attention for the financial press in Asia, but reporting long-term can create something like tunnel vision. Where in the region, if anywhere, do you see untapped economic potential on the level of a China or Japan?

That’s a good, tough question and journalists have a lousy track record when it comes to accurate prognostication, at least this one. I’d venture to say, however, that once investment and infrastructure gain even more traction in a place like India, China’s neighborhood becomes an even more competitive place. Add to that improvements in intra-regional trade and marketing ties between and among the countries of Southeast Asia and, barring the unfortunate and unforeseen, you have a recipe for sustained growth that will include China, perhaps be dominated by China, but will by no means rely on China alone.

In the mid-80’s you were brought in from Tokyo to eventually serve as managing editor for Newsweek International. How did the view of Asia from NYC differ from your own when you returned?

It reminds you just how much times have changed. Back then America was focused on what was generally perceived as a Japanese economic juggernaut and the challenges posed by Japan’s ballooning trade advantages vis-à-vis the United States. Japan’s economic advance had energized a group of formidable “Japan-bashers” in business, government and the media that made the Japanese seem ten feet tall. The economic challenge was real enough but there was something else at work, too. By the end of the decade, the Soviet Union was into its final fizzle, and imploding, and America needed a new focus for its ambitions and anxieties, and Japan was “it.”

As time went on, of course, Japan proved a disappointing bogeyman. Its economy had bottomed out by the early 90s and lapsed into a marathon, years-long recession. China began to emerge as a new focus of concern. The 9/11 attacks and the aftermath shifted America’s central preoccupation to the war on terror, which may have deflected an even more intense focus on China as America’s new rival for superpower status. Today, of course,  bilateral relations with China have today become an intensely observed gauge of how and to what extent America will be able to maintain its pride of place in world leadership.

What we tried to do at Newsweek, back in the day, was to help provide readers with the context they could use to develop a clearer understanding of complications of U.S.-Japan relations—the historical, political and, I dare say, some of the psychological factors that not infrequently contributed to one of the two sides not really hearing what the other side was trying to say. Fast-forward 30 years, and the U.S. media faces a similar challenge in preparing Americans for China’s rise and how it will affect the way we live our lives and do business in this country.

Freelance, especially in China, is the name of the game for many aspiring foreign correspondents these days. How did you make the jump from part-time to full-time reporting, and to what extent is the path you took still open to would-be journalists here?

My advice on that score never varies. As I say in my book, “Pick a part of the world you can fall in love with and plant yourself there for at least two years. Try your hand at freelancing. Teach English, tend bar, or give body modification classes—whatever it takes to ward off starvation. Meanwhile suck the place into your bones. Absorb its language and politics, its loves, hates, and idiosyncrasies, the alarming as well as the charming…. The place doesn’t have to love you back, at least not right away. But if doing journalism is your goal, make sure it’s somewhere the rest of the world wants to know about too.”

I think China admirably fills that bill. It’s both a place of endless fascination, big and small, and somewhere people who aren’t in China want and need to know about. In my case, in Japan, I used my freelance assignments to try to hone basic skills (and I had precisely none to start with), while I worked at the art of becoming pleasantly annoying until sources would agree to talk to me and somebody finally gave me a regular job. ♦