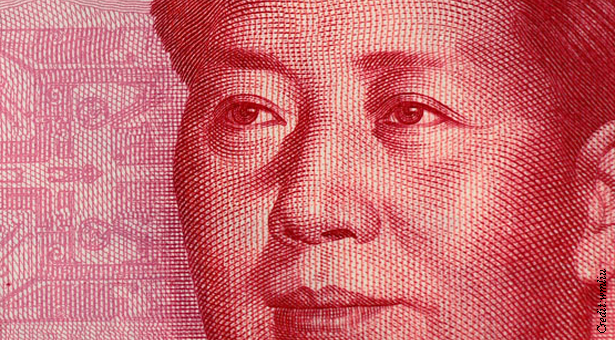 For a tightly controlled currency, the renminbi has had a volatile few weeks.

First, Deputy Governor Yi Gang of China’s central bank said on April 17 that China would widen the band that dictates how much the currency can vary from the official rate “in the near future.” The same day, the yuan hit a 19-year high of 6.1723.

That widening failed to materialize as fast as expected, and the currency then ran into planned regulations that the China’s primary foreign exchange regulator announced in early May and will work to curb appreciation. The value of reminbi fell for the first time in weeks on May 5, the day after the announcement.

But each of these events became a footnote when the next day the State Council, China’s cabinet announced that it would issue a plan in 2013 laying out the path it would take to full convertibility of the renminbi. The yuan shot up 0.2%, the biggest rise this year.

Economists applauded the decision as the most concrete step toward convertibility yet. Convertibility, or allowing the renminbi to be bought and sold freely, would go hand-in-hand with opening the capital account, essentially allowing foreigners to invest in all or most of China’s asset classes.

Traders also want the government to release its grasp on the yuan because, if allowed to float freely, it is widely believed it will appreciate, delivering big returns to those betting on the currency.

But while the 2013 deadline may have raised hopes of a free yuan, the announcement amounted to little more than a “plan to make a plan” that does not do anything substantive to achieve convertibility. Once released, the plan might set a clear timeline.

But it may only amount to vague guidelines as has been the case with, for example, many of the financial reforms being experimented with in the city of Wenzhou in Zhejiang province. Only when a plan is released with concrete steps and hard deadlines to achieve them will reform truly be on the horizon.

For now, the renminbi appears set to return to the slow road of appreciation and only gradual, incremental reforms. While economists disagree on the timing of full convertibility, there’s reasonable consensus that it remains years away.

“Chinese policymakers are moving in the right direction for the liberalized financial market, including the renminbi and capital controls,” said Qinwei Wang, a China economist at Capital Economics in London. “But it’s unlikely to be as fast as many think and ultimately the further liberalization will be only gradual.”

Two steps forward, half a step back

The renminbi has risen shockingly fast this year, even before the flurry of regulatory news. The currency has appreciated a whopping 1.66% since February, after being essentially flat for the three months before that. Yao Wei, China economist at Societe General, said she finds the sudden appreciation “puzzling” and is still trying to understand why regulators allowed it to happen.

Whatever the reason, such rapid appreciation is unlikely to continue. Despite the announced plans for convertibility in the long-term, the policy shifts at the State Administration of Foreign Exchange (SAFE) earlier this month indicate that appreciation will likely be slower for the rest of the year. The new policies indicate that the renminbi has appreciated faster than regulators are willing to tolerate, HSBC analysts wrote in a note last week.

The regulator will crack down on illegal inflows – money flowing in raises demand for renminbi and thus puts pressure on the currency to appreciate – entering the country in the form of misstated trade settlements. SAFE also dictated that banks must hold minimum long positions on the dollar, which are essentially bets that the dollar will rise. That will prevent bankers from pouring large sums of money into the renminbi in hopes of gaining when it appreciates.  These bets on the yuan are actually self-fulfillingin that they raise demand for the currency, and thus its value against the dollar.

The biggest jumps in the value of the renminbi have likely already passed this year. Capital Economics expects the currency to appreciate only to RMB6.1 to the US dollar by year’s end.

Looking farther into the future, economists disagree on the prospects for convertibility. Convertibility is desirable to make markets more efficient, allowing domestic investors to diversify their portfolios with foreign products and bring in foreign investment and competition from foreign banks that will boost the efficiency of capital allocation. But the worry remains that if Chinese banks and regulators are not adequately prepared, massive flows of cash in and out of the country could destabilize the entire financial system.

Yao said the recent announcement on convertibility hasn’t changed her view – she’s maintained for some time that the yuan will be fully convertible in the next five years.

There’s already been considerable progress on liberalization since 2010, she argues. The country has built up programs that allow money to flow in and out of the country. The Qualified Foreign Institution Investor (QFII) program that allows foreign institutions to invest in capital markets was expanded last year to US$80 billion from US$30 billion. A similar program for reinvesting offshore renminbi in the mainland, aptly named RQFII, launched in December 2011 and was recently been expanded to RMB270 billion (US$44 billion) from RMB70 billion.

Regulators also widened the trading band last year to 1% on either side of the official daily rate from 0.5% previously.

“Although they never tell you when and what is going to happen, they have been doing a lot since 2010, which we can all see,” Yao said. “Based on this progress, it’s very likely” that the currency will reach full convertibility in the next five years.

Wang of Capital Economics is far more skeptical of the government’s progress on liberalization and doubts that the government will take the plunge to full convertibility anytime soon. Steps like widening the trading band haven’t really had much effect because the government still fully controls the daily exchange rate that the band is based on. Regulators have also emphasized that they will liberalize the convertibility of renminbi-based assets, allowing foreigners to invest more freely, Wang said. But that does not mean  general capital controls will be eased significantly.

Many other financial reforms still need to happen before convertibility, Wang argues. Regulators should remove the cap on the interest rate that banks pay to depositors, as well as the floor on the lending rate. That way, banks will be forced to compete on their rates, leading them to learn how to manage risk properly. Banks would then better be able to compete with foreign financial institutions that will more fully be able to enter the market if full convertibility is reached.

The renminbi also must become more flexible. The PBoC should no longer set the rate for the renminbi and should also stop its direct trading in the forex market, Wang said. Should it take such a measure, the value of the renminbi would respond to broader market fluctuations
and accurately determine a fair exchange rate. The government has not indicated that it will make either of these moves soon.

In the meantime, the government’s ability to ease capital controls will be limited mostly to incrementally expanding programs like QFII. HSBC pointed out in a note on May 8 that the US$80 billion QFII quota still only amounts to 1% of GDP, compared to the average of 20% for foreign investment in developed markets. “[QFII] is still relatively small so that will take ages to have a significant improvement in capital flows,” Wang said.

So what does China forgo in not pursuing full convertibility more vigorously? Convertibility would help make capital allocation more efficient, something the country sorely needs. Banks currently lend primarily to inefficient state-owned enterprises. That has lead sectors like steel and solar to grow too large, ultimately resulting in wasteful overcapacity in both industries. Banks, if challenged by international financial institutions, would need to curb this waste in order to compete.

Convertibility would also alleviate inflationary pressures, particularly in the real estate market, Yao said. One of the primary reasons that housing prices have risen so rapidly is because investors have few places to park their money, other than low earning bank accounts or the poorly performing stock market. So many have chosen to invest in real estate. If allowed to take their money out of the country, that might take the pressure off of investing in property, which is also a key driver of overall inflation.

Both of these measures would be helpful in the country’s rebalancing toward consumption. Wasteful bank lending to industrial and infrastructure projects could instead be directed toward service and consumption-related industries. Lower inflation and more reasonable housing prices would also give consumers more spending power.

Neither of these factors are urgent enough to force the government’s hand soon, however. The renminbi likely won’t see the kind of excitement it has in the past months for quite some time.

There’s still a chance that the State Council will issue a concrete road map to convertibility in its plan later these year. The government will need to “go all the way,” as Yao said, sooner or later. With the country needing all the help it can get to rebalance, regulators might be better off making it sooner.