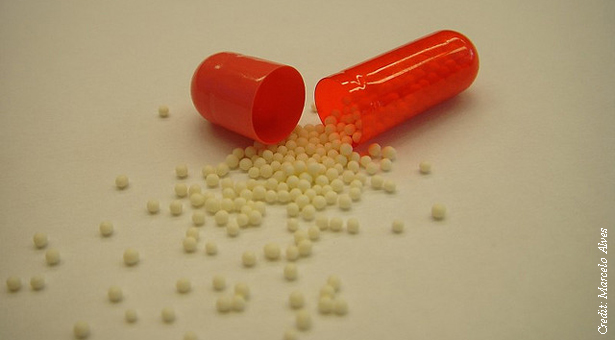 Americans that chewed vitamin C tablets during the past decade were likely getting a dose of Chinese medicine. And more often than not, they were probably paying a premium for the supplement.

Chinese manufacturers have controlled up to 85% of the US market since 2004. But, in taking over the market, they also banded together and substantially raised the price of vitamin C. In 2002, companies set the baseline price for a kilogram of the stuff at US$3.80, according to a report from independent Chinese news service Caixin. Just two years later, they set the price at US$9.

The scheme could come to an end after a New York district court ruled in favor of US purchasers in March and ordered two Chinese companies to pay out US$153 million in damages.

This may just be the beginning of price-fixing accusations against Chinese exporters. Law firms have noted that the ruling, which in now under appeal, has set a precedent that could lead to a slew of lawsuits against exporters involved in trade associations allegedly engaging in cartel behavior, a practice alarmingly common in China.

Perhaps the biggest surprise in the recent lawsuit was the frankness with which Chinese companies and government officials talked about how they set prices. In 2005, Chinese company leaders and trade officials testified that price fixing for exports via trade groups was common practice, and in many cases, required by law.

Chinese vitamin C exporters must join the Chinese Chamber of Commerce for Import and Export of Medicines and Health Products (CCCM), according to Caixin. The chamber has a vitamin office specifically designed to deal with producers such as North China Pharmaceutical Group and Hubei Welcome Pharmaceutical, two of China’s biggest vitamin C makers and the losers in the US case.

Only by joining this trade group can the companies get licenses to export the vitamin.

Any company seeking to export under Chinese law must similarly join their corresponding trade group. Hence the large number of groups, reportedly 60,000, operating in China.

CCCM avers that price fixing was just one measure the group took to better control a burgeoning market rocked by medicine and food safety standards. The group held several meetings with some of the largest manufacturers and set a minimum prices. Minutes from the meetings were presented in court by the defendants in order to prove that the government-designated group had led the effort.

The price setting was “a regime instituted to ensure orderly markets during China’s transition to a market-driven economy,” according to a statement from the Ministry of Commerce that was read during the trial. In other words, the group was trying to weed out low-quality producers competing primarily on price while keeping the market profitable for firms with higher standards.

Regulators have the right instinct to try to maintain minimum quality standards. China’s export markets need more oversight, especially in the food and drug sectors where confidence in Chinese products is low. And trade groups and associations are a good way to set industry standards without placing the full burden on the government.

But price fixing, is a hamfisted means of accomplishing this goal. It’s no big surprise that US judges told the Chinese companies to pay up. The firms were foolish to try pawning off a highly lucrative pricing-fixing scheme as a means of maintaining an orderly market. As Caixin reported, the regime doubled profits for vitamin C exporters between 2001 and 2002. This is clearly in the interest of individual Chinese companies, not overall market development.

More questions must be asked of the effectiveness of Chinese trade groups in guiding the market toward safety and quality. In 2006, when tainted medicine from China killed several people in Panama, where was the CCCM then? Or when toothpaste with toxic ingredients reached the US market the following year? The list goes on.

These issues fall under the direct purview of the trade groups. Trade organizations, as former Federal Trade Commissioner Jon Leibowitz noted in a speeech in 2005, can serve productive or detrimental roles in the market.

Chinese trade groups are powerful, far-reaching organizations. These powers, many of which are conveyed on them by the government, should be used to set much-needed standards in the export market. The Chinese government should foster such trade groups activities while cracking down on cartel behavior before companies end up shelling out large sums of money in court battles overseas.

It may be too late for some industries. After the vitamin C precedent, US companies may continue to target Chinese firms on antitrust allegation, according to a report from law firm Shearman & Sterling issued in April. Next under the scrutiny of US courts could be Chinese bauxite producers as well as Chinese companies that produce animal feed, the firm said.

For other sectors that haven’t been caught fixing prices, trade groups should aid their members not through short-term gains based on cartel activity, but on increased quality checks. Export licenses should be issued for maintaining high-quality business practices, not joining in on price gouging. These efforts could mean the difference between developing trustworthy brand names abroad and perpetuating a reputation of faulty products and uncompetitive pricing.