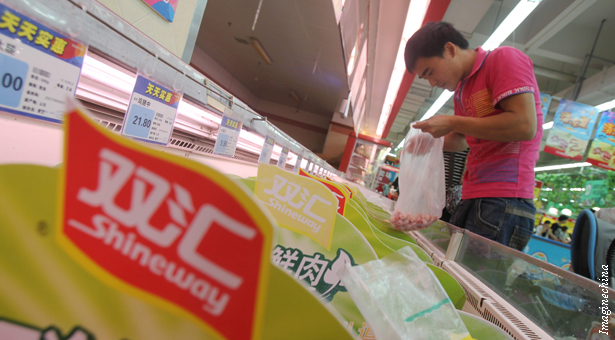 It was a deal that took more than four years of brutal negotiation. In the end, Shuanghui’s buyout of Smithfield Foods forced the Chinese firm to take out financing for US$3 billion of the US$4.7 billion acquisition while also taking on the US$2.4 billion in debt that Smithfield has on its balance sheets. It also paid a 30% premium to Smithfield shareholders.

But brokering the deal – the largest-ever Chinese buyout of a US firm – was the easy part.

Once the papers are signed, Shuanghui (branded as Shineway in English) will actually have to manage and operate the world’s biggest producer of pork, a task that will not prove easy on a number of levels. Only time will tell if the Henan province-based company is up to the task, but experts said company culture is bound to be an obstacle to integrating in the US.

The US media has shown some skepticism over the deal, but the most intense criticism has come from China. The state-backed news site Economic Information even likened the acquisition to a “snake swallowing an elephant,” referring to smaller Shuanghui taking over Smithfield. Others have questioned whether or not the deal will give Shuanghui indigestion.

On the production side, the two companies look relatively similar. Both produce about six billion pounds of pork a year and are the leaders in their respective markets. Although Smithfield was founded in the 1930 and has a deeper cultural resonance with US consumers than the Chinese firm does at home, Shuanghui’s operations date back to the late 1950s – a considerable heritage for a mainland company.

Shuanghui, which is backed by investors such as Goldman Sachs and Singaporean sovereign wealth fund Temasek, employs more than 60,000 people, compared to Smithfield’s some 46,000.

Both companies have had food-quality problems, namely concerning the use of hormones.

There are, however, ungainly differences between the meat packers, particularly in the size of the firms.  Shuanghui’s assets total at about US$326 million, a fraction of Smithfield’s US$7.4 billion. The US company took in US$1.31 billion in revenue in 2012 while Shuanghui saw US$815 million the year before. Unlike Smithfield, Shuanghui isn’t listed so access to reliable financial data is limited.

Another disparity is in the technologies the two companies wield. Smithfield has some of the world’s most advanced meat processing equipment, while Shuanghui is far behind in the industry relative to its size.

Of course, these valuable assets are why the Chinese firm wanted to buy Smithfield in the first place.  But a rift will no doubt remain between the quality and efficiency of production on the two sides of the Pacific – an operation that could soon be bringing to market 12 billion pounds of pig.

These challenges could be short lived as technology should eventually diffuse from West to East. For Shuanghui, and any Chinese firm buying up Western-raised operations for that matter, the thornier problems will be an enduring cultural disconnect. According to one report, cultural misgivings are the reason that about 70% of Chinese cross-border buyouts fail.

Take Geely Automotive as an example. The Zhejiang-based car maker bought Volvo from the US’s Ford for US$1.5 billion in 2010. Since then, integration has been strained and has nearly broken down  entirely at certain times.

In April, Geely chairman Li Shufu told the Swedish press that Volvo interiors were “too Scandinavian,” much to the abhorrence of customers in the brand’s home market. Swedish representatives tried to downplay the comment, but Li’s attitude represents a divide between the bluntness of China and the couth of European speak.

The bigger the scale of the buyout, and the more layers of management involved, the more acute cultural problem will manifest, according to Gao Yang, a Shenzhen-based management consultant and an adjunct professor at Guangxi University. In the case of Shuanghui and Smithfield, cultural fallout could be severe. Gao said Tuesday that he’s skeptical of the ability to resolve cultural differences between the two companies.

Shuanghui’s is headquarters is far removed from the country’s globally savvy coastline. “It’s based in central China, Henan province,” Gao said. That’s the home of Yellow River culture. Chinese culture here runs strong. Their exposure to the West isn’t comparable with companies on the coast.” While business practices on the coast still differ from international norms, businesspeople there have far more exposure to the way business is done across the Pacific.

The clash of cultures is a real threat and the two companies must focus on communicating effectively. Some of the other accusations surrounding the deal are probably overblown, however.

Soon after news of a near-completed buyout was leaked to the press, rumors also circulated that US regulators would approve the deal. One US senator shot back that the deal was a threat to the country’s pork supply and therefore an issue of national security. The notion has gotten much attention.

Chinese may have their eyes on US pork, but that exposure will be a boon to the economy and its eastward exports. The real concern lies in Shuanghui’s ability to manage and integrate with a US company of this magnitude.

The real danger is if the Chinese from Henan province fail to engage US staff and customers on a familiar level and the merger breaks up, leaving Smithfield in a weakened state. China’s top porker will need to learn to cook American-style spare ribs, lest it leave this US titan of industry in disarray.