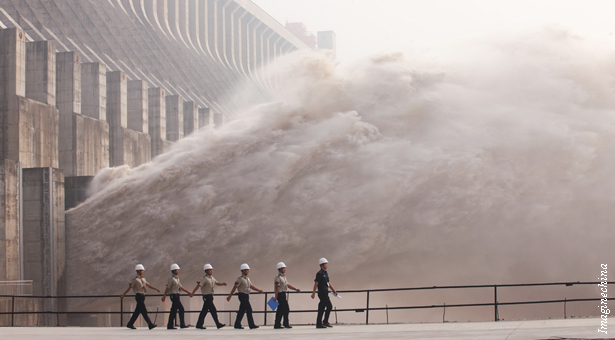 Businessmen in line for policy posts in Beijing hinder reform

Who’s the government’s right-hand man? The state-owned enterprise, of course. Or maybe it’s the other way around.

The leaders of state-owned enterprises (SOE) have always maintained tight connections with the officials who in theory oversee their firms. In practice, the relationships are incestuous, characterized by rampant gift-giving and favor-granting. And it’s not always clear which side is on the receiving end.

But only recently have SOEs become farms for rearing the officials that will one day write policy. An older generation of state bosses, such as outgoing Cosco chairman Wei Jiafu, kept their careers strictly business – in a government-controlled industry kind of way.

For younger SOE leaders, however, the firms have become “incubators” for economic policymakers, according to an article in the Chinese newspaper The Economic Observer. The newspaper cited a report published last month by Renmin University in Beijing that tracked 189 top SOE leaders between 2008 and 2012 as they slipped into high-power government roles.

This SOE influence stands strongly at odds with the reforms that China’s new leadership lineup is promoting. President Xi Jinping and Premier Li Keqiang, who took stage at the National People’s Congress in March, have said they will boost credit access to dynamic small and medium companies while fighting against inefficiency and low-return investment – efforts crucial to reviving the country’s waning growth. But those reform targets strike at the heart of state business.

Executives-cum-officials will likely hinder reform efforts as they seek to support the businesses to whom they owe for their political stripes.

Li and Xi weren’t the only ones to get promotions in March. Amid the leadership turnover, several SOE executives made the jump to officialdom and now hold China’s economic reins.

For example, Miao Wei, named the head of the Ministry of Industry and Internet Technology this year, had been the general manager of state-owned Dongfeng Automobile until his switch to politics in 2005.

Other government roles that have been filled in the past four years by SOE leaders include the minister of public security, deputy secretary-general of the State Council and governor of Fujian province. The list goes on.

The scholars at Renmin University have charted a list of requirements that these chief executives must meet in order to move into a political role. Many of the leaders making the jump today will be in their 50s. They will have nationally noted achievements and a high level of education. In addition, they are often members of the Communist Party’s Central Committee, the roughly 350-member body that is essentially two steps below the supreme Politburo Standing Committee.

The men may have officially condoned accolades to their name, but the implications of this SOE-to-government turnstile will be detrimental to the new government’s attempts to reform.

With a little help from my friends

One main force for opposition in the reform process is what has been sweepingly branded as “vested interests.” The term generally refers to officials and SOE leaders who have profited wildly from the state’s lasting control over the economy – and have nothing to gain from reform.

Alliances between SOEs and their government counterparts keep many of the mammoth firms alive. The heads of government-backed companies have secured ample access to credit from banks despite balance sheets and outstanding loans that would make private firms toxic. Their institutionalized advantages also keep competitors out of their sector, robbing the market of competition that increases quality.

As China’s economy showed signs of slowing last year, the hand of the vested interests became increasingly visible in the level of subsidies China-listed firms received.

The figure climbed to US$13.5 billion in 2012, or a year-on-year increase of 23%. It’s this kind of government support for Chinese industry that is propping up huge inefficiencies in the economy and hindering efforts to reform. As SOE execs pile into top government spots, this cycle is only guaranteed to spread cash where it doesn’t belong.

Take China Yangtze Power, last year’s biggest recipient of government support, as an example. The company took in about US$343 million in subsidies, about one-tenth of its annual profit.

Yangtze Power is a Shanghai-listed firm, but the majority of its shares are controlled by China Three Gorges Corporation, the firm that built the eponymous dam and one of the country’s largest SOEs. Yangtze Power’s chairman of the board, Cao Guangjing, is also the chairman of Three Gorges.

Cao is an ideal candidate to be bump to a top-level government position, according to the guidelines in the Renmin University report. He is 49, which makes him peers with several other recently promoted former chief executives. Handling the dam, one of the government’s largest infrastructure projects, has given him significant clout in not only China’s engineering world but also throughout the government. In addition, Cao is a high-profile scholar who has acted as a visiting professor at Durham University in the UK.

One final credential that could seal the deal for Cao is his membership in the 18th Central Committee of the Communist Party.

The problem with an engineer like Cao moving on to fill a governmental role is that much of his companies’ success is thanks to government support. Cao is, like his predecessors, indebted to this system.

Yangtze Power’s US$343 million subsidy only scratches the surface of the systemic advantages the company is given thanks to China’s highly regulated energy market. In a policymaking position, Cao is likely to perpetuate the model, feeding colleagues at his former companies the cash and favors they need to keep afloat and keep rich. In the same sense, the minister of finance, who formerly the head of China’s sovereign wealth fund, and the minister of industry and information technology are unlikely to help dissolve the organizations that brought them to power.

A cycle such as this also perpetuates and widens China’s wealth gap.

The onus is now on China’s new government to reverse this trend by striking directly against this system. Hacking away at government industry is not impossible for top leaders. Starting in the early 1990s, then-President Jiang Zemin substantially reduced the role SOEs played in the economy.

The challenge for President Xi and Premier Li – and a major difference between this administration and the era in which Jiang served – is the degree to which vested interests have entrenched themselves throughout the government.

Unfortunately for the two reformist-hopefuls, there are an increasing number of former SOE executives among their peers. Real reform will require them to come down hard on fellow leaders, risking the loyalty of the same networks that brought them to power.

But time is of the essence. Because on
ce the business is the government, it’s the end of real hope for a more balanced China.