Home Banking & Finance Will a targeted stimulus give the same bang for Beijing’s buck? 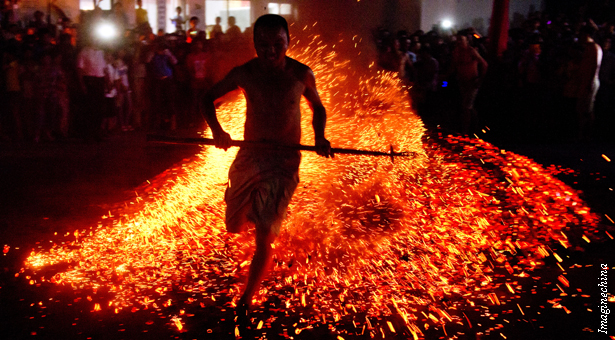 Will a targeted stimulus give the same bang for Beijing’s buck?

Like most macroeconomic data coming out of China lately, last week’s reading of manufacturing activity failed to meet expectations.

A flash reading of the purchasing managers index (PMI), produced by investment bank HSBC and data firm Markit, declined to 47.7 from 48.2 for July. (A number below 50 indicates slowing growth.)

Most economists were expecting the figure to stay flat. The reading, while still preliminary, indicated that the final July PMI will tack on another month to a three-month streak of declines.

That merely added to a heap of poor data released this month: GDP growth registered its ninth decline in 10 quarters, fixed-asset investment slowed and exports contracted 3.1% in June.

Clearly, all is not well with the economy. In this environment, the government feels it must act to reassure businesspeople and a public uneasy with the slowdown.

Stimulus is no doubt being discussed in Zhongnanhai. Analysts have been speculating for weeks that a spending plan is in the works, although nowhere near the scale of the US$586 billion stimulus that propelled China through the global financial crisis

This would be the wrong prescription for the ailing economy, undermining efforts to make the necessary shift away from the increasingly inefficient investment model of growth.

Thankfully, the government’s response has been measured. China’s State Council said last week that it would cut taxes for small enterprises, boost international trade by slashing fees and red tape for exporters as well as build more train tracks and reform railway financing.

That followed on Premier Li Keqiang’s statement on July 12 that the country would provide support for the energy-saving, environmental protection and information technology industries, although it remained unclear whether that would be accomplished through fiscal spending or other means.

These moves so far amount to “policy actions” that can help deliver growth to the economy without triggering the problems inherent to a stimulus.

How much these policies might contribute to headline GDP growth is difficult to discern. These efforts may be more about perception than the numbers, and Beijing appears to be winning the PR game.

“These three measures will have limited direct impact on boosting aggregate demand in the short term, but they can surely help boost confidence by telling the market that is Mr. Li’s team is caring about growth by introducing sensible measures,” Bank of America Merrill Lynch chief China economist Ting Lu said in a note.

A promising sign for real reform is that these measures aim to inject more private capital into the economy. The State Council’s announcement last week said a development fund drawing on both private and public investment will be set up for railways.

The government announcement remained sketchy on the details of how that fund will operate and its broader pledges to allow private investment in the industry.

Railways could adopt the private investment model from toll highways, Patrick Xu, engineering and construction analyst at Barclays, told China Economic Review. Companies are awarded contracts to build and operate railways that are then returned to the government at the end of the concession period.

That’s not to say private investment would completely allow the government to avoid spending to boost the economy. Already, the railway budget for 2013 has been increased to US$112 billion (RMB690 billion) from US$106 billion.

Once clarified, the policy support for energy saving, information technology and environmental protection are also likely to involve the government doling out some money, even if it’s not announced as a major spending campaign.

Stimulus isn’t necessarily bad. If the government targets the right areas, such as these, it could actually promote rebalancing away from heavy industry.

China is entering uncharted territory stimulating these areas of the economy and using non-stimulus measures to promote growth in traditionally favored industries. These measures may not provide the same bang for the government’s buck in terms of headline GDP growth as directly stimulating industrial growth has in the past.

If the economy looks like it will miss the 7.5% growth target this year or the longer-term average target of 7%, Beijing will likely be tempted to push through a more traditional stimulus.

Even then, however, it isn’t clear to what extent the government would act. The GDP growth target is a constantly changing figure and there is no fixed “magic number” at which the government will push all the buttons to stimulate economic activity, Xianfang Ren, senior economist at IHS Global Insights in Beijing, told China Economic Review.

The pace of economic expansion has to come down a few notches before any meaningful readjustment of the economy can take place. Should these recently announced measures not be able to deliver expected growth, the government will have very few other options left. A full-blown stimulus that would inflict longer-term damage to the economy hopefully isn’t one of them.