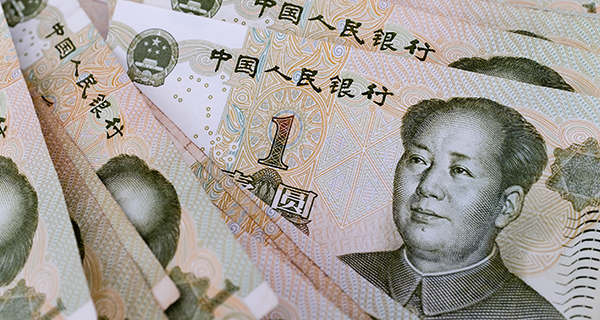 The case of Baoshang bank

We might never know the context in which the Chinese government took over the Baoshang Bank given the opaque nature of China’s financial system and the controversial nature of some of the story’s elements. But it is worth considering the case to try to get a sense of whether it is an exception or a reflection of an endemic problem within the system.

On May 24th, China’s top financial regulators, the People’s Bank of China (PBoC) and the China Banking and Insurance Regulatory Commission, jointly announced that they would take over the management of Baoshang Bank for a period of one year because of its serious “credit risk.” The news sent frantic waves through global financial circles over what the implications were for China’s banking system.

It was the first such case in China since 1998 and it took place against the backdrop of rising defaults, growing debt burdens and a slowing economy. The privately-owned bank had RMB 576 billion ($83 billion) in assets at the time of the takeover, said financial market data provider Refinitiv. Baoshang Bank had not filed on its assets and liabilities since 2016 and the last report showed the bank had a total of RMB 156.5 billion in outstanding loans, a 65% jump from the end of 2014.

The main concern of the markets was whether or not Baoshang’s problems were reflective of wider problems among smaller regional banks across the country.

Media and analysts discussed whether or not the case of Baoshang Bank was a one-off instance. But a more pessimistic view of the crisis would be suggested by what Barclays has called the RMB 4.47 trillion “blind spot” in the country’s financial reporting by smaller city and rural commercial banks. There are 19 banks yet to publish 2018 financial results, including Baoshang Bank, a delay which could signal a potential build-up of non-performing loans. The delay has at the least left investors in the dark about the levels of bad debt these banks now hold.

The Baoshang Bank case is muddied further by the fact that the bank is partly owned by Tomorrow Holdings whose founder is Xiao Jianhua, the Chinese billionaire who vanished from a luxury Hong Kong hotel in early 2017. Xia was reportedly placed under graft investigation by Chinese authorities and his current situation is unknown. His involvement in the bank inevitably raised the question of whether or not that was factor in the takeover by the central bank and if it was meant to send a message of some sort.

Around the time of the takeover, Bank of Jinzhou, a small bank based in China’s northeastern Liaoning Province and another of the institutions yet to release 2018 results, fell into trouble when its auditor Ernst & Young resigned because they said they were unhappy with how the bank’s loans were being handled.

In response, the PBoC has assured the markets that it does not have plans to take over other institutions and that it is confident in maintaining financial stability. The central bank has also announced plans to resolve the Baoshang and Jinzhou problems. In mid-June, the China Bond Insurance Co., a state-owned credit insurance provider backed by the central bank, announced it would make up the balance of any certified deposits from the Jinzhou bank.

The central bank also transferred  98% of Baoshang’s corporate clients to an insurance fund management company, completing the first phase of the takeover in less than a month.

The markets have reacted positively to the steps taken by the PBoC and Interbank market interest rates have also indicated that the hype around the takeover has died down.

The current picture seems to align more with the theory of Baoshang Bank a one-off situation. But the markets are still going to be watching closely for further similar cases.