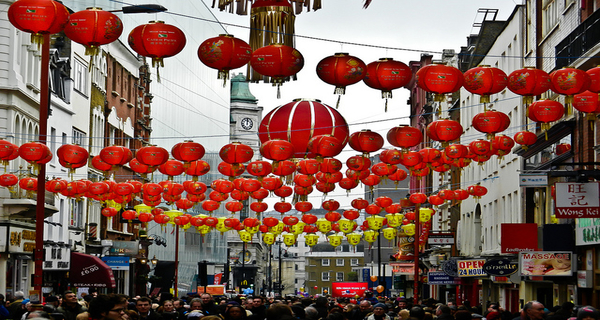 The ‘golden era’ of trade and investment between the UK and China won’t end with Brexit. In fact, most signs are pointing to the reverse.

Developing closer economic ties with China was a key priority of former UK Prime Minister David Cameron and his Chancellor George Osbourne, with Britain signing a wealth of deals from energy projects to cultural exchanges and becoming the first Western country to join the Asian Infrastructure Investment Bank during their tenure.

Following the decision of the UK to leave the European Union in 2016, which also led to the departure of Cameron and Osbourne, many anticipated this flourishing relationship would come to an end as the UK would lose its appeal as an entry point to the lucrative European market for Chinese investors. Big money firms from China would take their business to the continent instead, critics argued.

Since the referendum in 2016, however, an opposite trend has emerged. Chinese investment into the UK more than doubled last year, hitting a total of $28 billion from $11 billion the year before, according to research conducted by global law firm Baker McKenzie. This included major investments in supply chain and logistics businesses, Manchester airport, several English football clubs, and the construction of a new nuclear power station in Somerset, Hinkley Point.

This is all the more striking since the rest of Europe has not experienced a similarly dramatic influx of Chinese capital. European countries excluding the UK saw a sizeable 76% growth in Chinese FDI in 2017, but much of this was driven by a single record-breaking deal: the takeover of Swiss agribusiness company Syngenta by ChemChina for $43 billion in May. If you remove that deal, Chinese FDI into the region actually fell by 22% to just $38 billion.

The UK’s property, technology and luxury retail sectors in particular appear to have lost none of their appeal to Chinese investors in the wake of the European referendum. In 2017, China became the top investor by total value in London’s property market, outstripping the US, with major properties like ‘The Cheesegrater’ and 20 Fenchurch Street (‘The Walkie-Talkie’) both being bought by Chinese firms.

“That’s one remarkable statistic,” says Kegang Wu, a China trade specialist and managing director of the British Chamber of Commerce LinktoChina programme. “Especially given that China, last year, was trying to heavily regulate its outbound capital flow. It seems to me as if, at least in such areas as property and tech, Chinese investors, encouraged by a weaker pound and an appreciating yuan, continue to see the UK as an opportunity.”

According to Tracy Cheng, vice president at London & Partners, a promotional branch of the London Mayor’s office, Chinese companies’ hunger to invest in hi-tech sectors in the UK also remains strong.

“China is experiencing rapid economic growth and is keen to engage with more innovation technology,” said Cheng. “The number of [Chinese] delegations to London to explore hi-tech investment opportunities has increased sharply each year. The UK government is now also making more and more efforts to send delegations to China.”

Total trade in goods and services between the UK and China has also continued to increase, though there is certainly room for expansion. The UK is China’s second largest EU trading partner after Germany, and fifth overall. In 2016, UK-China trade stood at $83 billion, with China holding a surplus of $36 billion. Trade between the two countries could increase even further if the UK were to leave the EU Customs Union, which would enable it to sign free trade agreements with economies outside the EU market, including China.

The services industry – the crown jewel of the UK economy – will undoubtedly play a central role in the development of UK-China trade in coming years, especially given its relatively modest contribution at present. In 2016, the UK held a surplus $2.3 billion in services with China, which was dwarfed by China’s $38.2 billion surplus in goods for that year. However, China’s transition into a consumer-led services economy is likely again to point them towards the City for opportunities.

“For services, the UK is the best in the world,” says Wu. “If China wants the best service provision, they will have to invest in the UK over other European centres.”

A revealing gauge of this sentiment may be the success of the recently-commissioned $1 billion infrastructure investment fund spearheaded by David Cameron.

The concept of reputation and image is what underpins the steady and optimistic outlook for UK-China trade, according to John Geldart, Director of Greater China at accounting and consultancy firm Grant Thornton International and an advisor to the Confucius Business Institute at Leeds University.  “Perception is everything… even more so when it comes to the brands of countries,” he says.

Though Brexit has been a “short-term” political distraction, Geldart believes that this will be overshadowed by the UK’s strong fundamentals as a “basically sound economy with good brands and valuable assets at a good price with reasonable returns.”

Britain’s cultural image is also likely to continue to act as a powerful magnet for both Chinese talent and money. “Many Chinese brands that we work with, such as Alibaba, Air China, etc. are still investing strongly in marketing activities in the UK market,” says Carol Chan, Managing Director of Europe-China marketing firm Comms8. “Although the UK market is not necessarily the largest revenue driver, they see the UK market has a profound significance in setting the trend globally.”

This is not to say that Brexit will not have an impact on Sino-British trade, nor that the UK is set to become a key trading partner for China. According to the World Bank, the UK was only China’s 20th largest source of imports in 2016, and its 10th largest destination for exports. Some sectors of the British economy are likely to be hit during the Brexit transition phase, but the key revenue-generating industries should remain robust.

Discussion of the downside risks of Brexit to the UK’s ties with China have dominated much of the coverage of the issue since 2016, but there is more to the UK’s attraction to China than simply access to the European Single Market.