Home Business Why China and the US are fighting over 5G 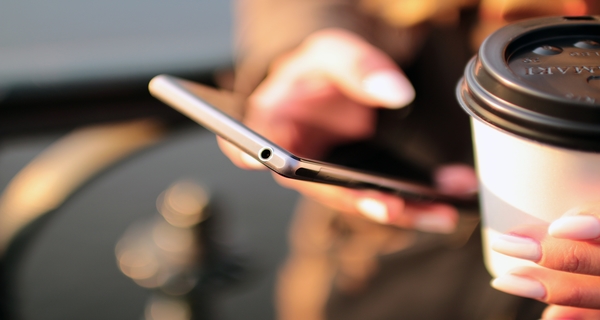 Why China and the US are fighting over 5G


This article was kindly contributed by Technode.com. For the original article, click here.

5G has been making headlines recently. It came up in a White House memo leaked in January that argued creating a nationalized 5G network was the only way for the US to protect itself from Chinese security threats. Though lawmakers quickly dismissed the idea as an infringement on the private sector—”We’re not Venezuela,” said one congressman, “We don’t need to have the government run everything”—the fact that the idea was even considered shows how nervous the Trump administration is about Chinese efforts to develop 5G technology.

5G was also on the President’s mind earlier this month when he signed an executive order blocking a $117 billion take over of Qualcomm by Singapore-based Broadcom. The decision came amid warnings by the Committee on Foreign Investment in the United States (CFIUS) that the deal would affect Qualcomm’s ability to develop 5G. This, they said, could allow China to take the lead in advancing the technology.

So what exactly is 5G? Why does it matter who develops it first? And how close is China to developing a global standard?

5G will be the fifth generation in mobile networks. Experts expect it to have peak download speeds as high as 20 gigabits per second—fast enough to download a full-length HD movie in seconds. It will have lower latency and greater connectivity, which means lower lag time in sending data and more devices able to connect to the network at once. Experts believe that improvement in these areas is necessary to usher in the Internet of Things (IoT)—driverless cars, smart cities, virtual reality and even remote surgery.

Standards defining 5G are being written by two major international organizations: the International Telecommunication Union (ITU)—a United Nations agency responsible for information and communication technologies—and the 3rd Generation Partnership Project (3GPP)—a collective of seven different global telecommunications standards organizations. Together, they are working on a timeline set by the ITU to put standards in place by 2020, when most mobile network providers expect 5G services will be available to the public. 3GPP just completed one set of standards late last year.

High-frequency signals are definitely going to be in the standards. Mobile networks transport information at various frequencies. However, in most countries, the majority of low-frequency signals are used for things like radio, TV, satellite communications and military functions. For 5G to deliver the ultrafast data speeds promise, it will require a wide spectrum of unused frequencies that are free from competing signals. For this reason, some countries—including the US—are opting to rely more heavily on higher frequencies.

High-frequency signals have downsides, however. They are more susceptible to interference from rain, fog, buildings, and trees. They also can’t travel as far, so more antennas will be needed to maintain a signal. Instead of mounting large antennas on tall towers, wireless carriers will mount clusters of small antennas on poles and rooftops. The increased number of antennas will make switching to 5G costly for service providers.

These higher costs could be difficult for telecom companies to swallow, especially in the short term. “The seemingly insatiable appetite for mobile connectivity has a downside for telecoms companies . . . in that it demands massive capital expenditure,” argues a report by The Economist Intelligence Unit. “At the same time, increased competition is forcing down prices.” The report predicts that these and other pressures will cause total telecoms’ revenue in the 60 biggest markets to fall by 2% in 2018, in US dollars terms.

We still don’t know if the ultrafast download speeds promised will hold up in real-world conditions. For most people, 4G networks don’t meet the data rate standards that the ITU and 3GPP have declared necessary for 4G. It might turn out that 5G doesn’t meet these standards in practice, either.

Why does it matter who develops 5G first?

Being the first to develop 5G is important. This is because whoever develops 5G first—or, more realistically, various components of the technology—will likely have their intellectual property rights (IPRs) engrained in the 3GPP’s and ITU’s international standards. Having essential IPRs as part of the international standard will convey a huge commercial advantage for companies because it will allow them to sell products that comply with the standard. It will also allow them to collect royalties from other companies who use the technology.

The US and Chinese governments’ decision to encourage and support 5G development is, therefore, at least in part about protecting domestic industry. According to a report by the China Academy of Information and Communications Technology (CAICT)—the research arm of the Ministry of Industry and Information Technology (MIIT)—5G is likely to drive RMB 6.3 trillion in Chinese economic output by 2030 and create 8 million new jobs.

In addition to economic benefits, influencing international 5G standards carries security advantages as well. This is because whoever develops the standardized technology is likely to have a deeper knowledge of how it works—including any access points or vulnerabilities. Because these technical standards will affect anything that connects to the 5G network, any vulnerabilities could exist across all smart devices and the IoT.

This is why the US government is so nervous about losing control of 5G development. In a letter regarding the proposed Broadcom-Qualcomm deal, CFIUS wrote, “Reduction in Qualcomm’s long-term technological competitiveness and influence in the standard setting would significantly impact US national security. This is in large part because a weakening of Qualcomm’s position would leave an opening for China to expand its influence on the 5G standard-setting process.”

The Chinese government has regularly asserted its commitment to developing 5G technology. It emphasized 5G in the 13th Five-Year Plan as well as in its “Made in China 2025” plan. 5G was also highlighted in the annual Government Work Report delivered by Premier Li Keqiang during this year’s annual “two sessions” legislative meetings.

China is especially eager to play a leading role in developing international standards within the 3GPP and ITU. China was largely left behind during standards creation for the previous network generations, and this time around they hope to make up for it. A report by Jefferies calls 5G the “opportunity of a century for China,” and states that with 5G, “China can participate in the design process from day one, and it has.”

5G took a front seat during China’s Two Sessions, when Liu Duo, deputy to the National People’s Congress and president of CAICT, reported that China led on about 40% of the 5G standardization items at the 3GPP. She also said China submitted 8,700 related documents to the 3GPP or 32% of the documents submitted. China Daily reported Liu Duo as saying that “the nation has joined the top ranks in the field of 5G technology, transforming from a follower to a global innovator.”

According to the Jefferies report, Chinese representatives served in 10 of 57 positions as chair or vice chair of 3GPP groups or subgroups last year. This is up from 8 in 2013. LexInnova, a legal services and technology consulting firm, estimates that China owned about 10% of the “5G-essential” IPRs by early 2017.

Huawei especially has been pouring funds into research and development. The New York Times reported that Huawei has spent $600 million on 5G research since 2009, and has designated $800 million for 2018 alone.

China has also worked hard to develop 5G networks at home on a timeline that is in line with developed countries. China’s wireless network providers are already testing 5G services in a number of cities. This includes the Huairou district in Beijing, which Liu Duo claims (in Chinese) is the largest 5G field test currently operating worldwide.

It also includes Xiong’an, a new development area outside of Beijing that some experts believecould be the first place in China to offer 5G networks. Both China Telecom and China Mobile have run pilot tests there. Just a few days ago, China Mobile completed a test (in Chinese) of a remote-controlled vehicle in the area that was operated through 5G networks.

Clearly, 5G is a big deal. It is necessary to usher in a whole array of future technologies and will determine how machines, people, and cities connect. Yet, we still don’t know what the final product will look like and, more importantly, whose ideas will be used to create it. That’s still being decided by international bodies.