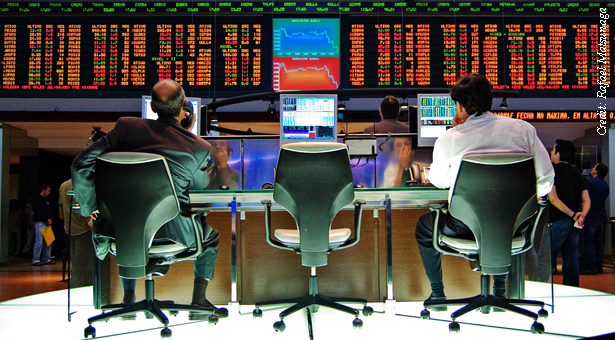 Knowing the owner of a joint is a surefire way to jump the queue. Xinhuanet.com, the website of China’s state-run news agency that announced its intention to IPO in January, may be attempting to take this liberty on a grander scale. It may seek to jostle ahead of private companies such as Tulip Media (Shanghai) and Shanghai Edunburgh Elevator who are waiting in a hundreds-strong queue of IPO hopefuls by flashing its trump card – that its owner is the state.

More than 870 firms are now waiting to list on Chinese exchanges, after the China Securities Regulatory Commission (CSRC) stopped approving new mainland IPOs last October. The move was an attempt to breathe life into flagging shares, after the Shanghai Stock Exchange fell below 2,000 at the end of November for the first time since 2009. By halting IPOs, regulators are controlling the supply of new shares that otherwise might divert badly needed funds from stocks already on the market, while also allowing pent up demand for new issues to build.

However, this strategy will prove little more than a quick fix. The government’s attempts in 2008, 2005 and 1994 to manipulate mainland exchanges have shown that shuttering the IPO doors only causes a temporary hike to share prices. Meanwhile, companies have been left stranded without funding and private equity firms are unable to return cash to their investors.

The CSRC should abandon this futile effort to manipulate the market, instead concentrating on the measures to improve investor confidence – such as policing accounting practices.

“Last year, our application to list China National Building Materials Group Corporation worth RMB12 billion (US$1.92 billion) was rejected … If it had floated, it would have drained liquidity and put downward pressure on price,” said Lisa Tian, Managing Director of the Global Capital Markets division of Morgan Stanley Huaxia, who added that her views did not represent those of her company.

The CSRC also hopes that shutting the IPO mill will improve the performance of new offerings, which have recently become a lot less profitable, when listings does resume. “IPOs do not earn money at the moment,” Tian said. The price to earnings ratio for new IPOs – a metric for valuing a company’s stock – has declined to approximately 30 in 2012, from 71 in 2010, according to Tian.

But history shows that halting listings only provides temporary relief from low share prices and poor IPO performance. The CSRC suspended IPOs four times in the Shanghai Stock Exchanges’ 23 years of operation. During each moratorium, share prices would rise, only to slump again a few months after IPOs re-started. IPO earnings would also spike immediately after the end of a suspension, driven by pent-up demand, but they too would soon slip back to normal territory.

Furthermore, halting IPOs has negative side effects elsewhere in the financial industry. It limits the ability of private equity firms to cash out their investments, according to a report released in January by China First Capital. Approximately US$22 billion remains tied up in 2,200 PE deals completed before 2008, meaning time is fast running out for firms to find a way of returning cash to investors within the five- to seven-year period that is generally promised, the report said.

The halt in IPOs has also been bad news for investment banks that generate much of their revenue from new share debuts. Chinese banks such as Guosen Securities and Citic Securities have been forced into the largest round of layoffs and bonus cuts since the 2008 crisis.

The stoppage also prevents IPO hopefuls from raising the capital they need to expand their businesses. Private companies have few other funding options in China’s undeveloped capital environment, where banks lend primarily to state-owned firms and the bond market is limited to certain industries and cities.