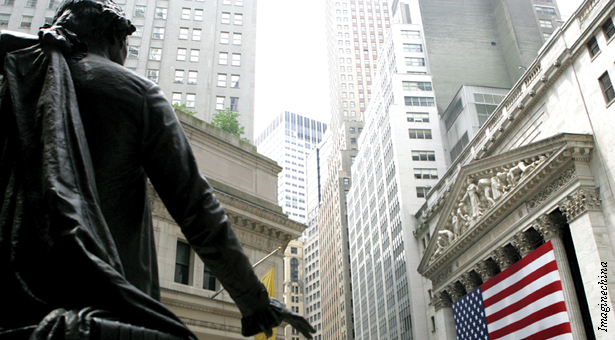 Spring is fast approaching, yet American and Chinese securities regulators show few signs of waking from their apparent hibernation to restart negotiations on the future of US-listed mainland firms.

For years, agencies on both sides of the Pacific have battled over whether US regulators can access the financial documents of Chinese firms. The dispute came to head late last year when regulators from both countries met in Washington, DC, but failed to strike a deal. Rumors in the Chinese press also circulated that the Chinese regulator had submitted recommendations to the State Council on how to deal with the US but results from this have yet to surface. Accountancies, including the Big Four, continue to refuse to cough up the paperwork, opting to uphold Chinese law that guards the state secrets that corporate documents might contain.

Observers say pressure is now building on the US’s Public Company Accounting and Oversight Board (PCAOB), the congressionally appointed body that has tangled with China on the issue for more than three years, to finally take action. But the PCAOB has reason to drag its feet since its actions could lead to a historic delisting of US$100 billion in securities if it boots Chinese firms from New York exchanges.

Such a looming possibility creates a tremendous amount of uncertainty for investors. Regulators say there is no timeframe for taking action – or at least one that is available to the public. Depending on how the board proceeds, its action could remain out of public view for some time. In the meantime, the possibility of Chinese companies cooking their books free from regulatory oversight will also continue to hold back interest in US-listed Chinese firms.

Turning up the heat

Very little has changed in 2013. Chinese firms have halted IPOs in New York. The PCAOB and China Securities Regulatory Commission have maintained an eerie quiet on where the talks are headed.

Scandals regarding the veracity of Chinese company financial reporting have continued to rock the market into the New Year. In late January, US machinery maker Caterpillar said it would write off US$580 million of the US$700 purchase of China’s ERA Mining Machinery due to accounting misconduct at the Chinese firm. The US company said ERA had overstated its 2011 profits before the buyout in June last year.

“The fiasco at Caterpillar certainly turned up the heat, since it shows that accounting problems in China have not gone away,” Paul Gillis, an accounting professor at Peking University’s Guanghua School of Management, said on the urgency for the PCAOB to take action.

There was a flurry of activity at the end of 2012 before the silence this year. The US Securities and Exchange Commission in early December brought charges against the Chinese affiliates of five of the largest US auditing firms after they refused to produce the auditing work on nine unnamed Chinese companies. The cases, most notably the one against Deloitte, are moving slowly through the US legal system.

The last reference to timeframe for action came more than two months ago. On December 31, the PCAOB reached what Gillis called a deadline to inspect foreign accounting firms. In fact, he says the board is now operating out of compliance with its own rule to inspect Chinese companies by the end of 2012. The PCAOB has pushed back against that, saying the so-called deadline was no more than the expiration of a previous rule, and that the board has the right to make another rule.

Last week, the PCAOB declined to answer CHINA ECONOMIC REVIEW’s questions regarding a timeframe for the talks with China. A spokeswoman said there was nothing to add to what was already public.

Perhaps what’s public and what’s not makes all the difference at this point. Gillis pointed out that if the PCAOB’s negotiations proceed without results, it could propose deregistering the accounting firms. The proposal would be public, alerting investors to what could very well lead to the biggest delisting process in the history of capital markets.

However, there is another option – one that could be out of the public eye for quite some time. The PCAOB could start taking disciplinary actions against individual accounting firms. But in this case, the actions would not be made public until they are final. If the board chooses to take individual actions to tackle this drawn out, international regulatory dispute, Gillis said “it could be considerable time before we learn of them.”

The silence taken as inaction during the beginning of 2013 could simply be the PCAOB pursuing individual auditors – or at least the beginning of such a process. But this method would leave out opportunity for public participation in the process. It would also no doubt put investors even deeper in the dark on the state of their investments in Chinese firms.