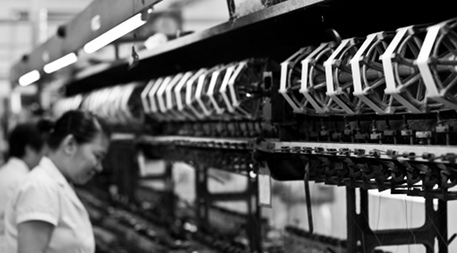 The growth story of the last decade has been told by the BRIC (Brazil, Russia, India, China) economies. China, in particular, contributed 1.5 times as much as the US to global GDP growth, despite having an economy in 2000 that was only one-third the size of the US economy. China now accounts for about one-seventh of the global economy. Some now argue that China has already replaced the US as the global growth engine.

But how much horsepower can this engine produce? Predicting long-term growth rates is a hazardous activity – not that the hazards seem to dissuade many from doing it. But there is now an emerging body of evidence that suggests that maintaining high growth will be a challenge for China in the not-too-distant future.

One important piece of this evidence is a recently published study of growth slowdowns by Barry Eichengreen, Donghyun Park and Kwanho Shin, who examine the patterns of these decelerations and their causes.

The finding that has received the most attention is that growth slowdowns appear to occur most often when countries reach a per capita income of roughly US$17,000 per annum (at 2005 international prices), a threshold that China will likely reach by 2017. The study found that declines in the growth rate of total factor productivity (TFP) – the efficiency with which labor and capital are used – appear to cause the slowdowns. A high share of employment in manufacturing, a low rate of consumption relative to GDP, and an undervalued exchange rate – all of which are characteristic of China – also increase the likelihood of a slowdown.

In simple terms, TFP increases when capital and labor are combined in ways that leads to higher output without using more of either factor. Economic growth through TFP improvements is something of a “free lunch” in comparison to growth by either capital investment or labor, which both require using more of the two factors to increase output.

TFP grows for a variety of reasons. For example, a shift to using market signals instead of central planning for the allocation of labor or capital generally ensures that both factors are used in their most productive manner, and hence leads to TFP improvements. TFP improvements also come from developments in technology that reduce the amount of labor or capital needed to produce goods or services, and through better management, which eliminates waste or improves products.

Not surprisingly, improvements in TFP have been an important part of China’s growth story for the last 30 years, with research suggesting that roughly half of China’s recent growth stemmed from growth in TFP. However, two recent studies using more fine-grained enterprise-level data lead to somewhat pessimistic conclusions about future TFP growth.

In another study, John Whalley and Xin Xian concluded that all of the improvement in TFP between 1996 and 2004 came from the foreign-invested sector of the economy. For this time period, the difference across sectors in productivity growth rates is quite striking. In the foreign-invested sector of the economy, growth in TFP contributed approximately 22% on average to output growth  – as compared to capital investment, which contributed approximately 66% of output growth.

However, among domestic entities – those without foreign capital – increases in capital provided virtually all of the output growth. The people, plants, and equipment used by domestic companies actually produced less each year on a per-unit basis between 1996 and 2004.

For the foreign-invested companies – most of which headquarter in mature economies – improvements in how well they deploy labor and capital and how they develop and use new technologies are critical to their success. Labor and capital markets in their home countries are highly efficient, forcing them to continuously adjust their strategies to make the most efficient use of their resources. Hence, they are highly skilled in the process of improving productivity and are able to import into China the methods and technologies on which their growth in developed markets is based.

Chinese domestic entities, on the other hand, have focused primarily on driving cost out of their production processes through ever-increasing capital investment. This process has been supercharged by a government-controlled financial system that directs financial capital towards industrial development and the state-owned companies that dominate this sector of the economy. In the short run, these investments have added significantly to economic growth in China, but in the longer term, incremental improvements to productivity coming from fixed assets will decline, no matter how cheap the financing of fixed-asset investment might be. Growth will therefore slow.

Finally, China is running out of room to increase its wealth by shifting people out of agriculture into industry. It will increasingly rely on growth in services, a shift that is profoundly different from previous economic changes.

Unlike manufacturing, growth in services  does not require much fixed-capital investment; hence it cannot be achieved through large-scale, centrally planned infrastructure projects. Rather, it requires increasing amounts of human capital that are divided into ever more specialized occupations. Such an economy is highly decentralized and provides significantly smaller returns to fixed-asset investments.

Taken together, these studies provide compelling evidence that China will not be immune to a growth slowdown, and indeed may face an even more dramatic one than has been seen in the past. Given the track records of different types of enterprises in achieving TFP growth in China, overall economic growth could slow dramatically unless domestic enterprises, and in particular state-owned enterprises, learn how to increase output in ways other than throwing more capital at the problem. Indeed, policy makers in China may face an unpleasant policy tradeoff: Encumbering the competitiveness of private and foreign enterprises through regulations may provide support for the ascendance of the country’s “national champions,” but such policies may also come at the cost of the TFP growth necessary to sustain overall growth.

For China, the growth challenge is both one of policy and of management. Will policymakers allow private and foreign-invested enterprises to play a bigger role in China’s future development? Can domestic enterprises attract and develop the managerial talent that will be needed to generate TFP growth from the inside? Only time will tell, of course, but if China is to fulfill its potential as the driver of global growth, policy makers and enterprise managers will need to energize TFP growth in sectors that have to date been able to grow only by using cheap but increasingly unproductive
capital.