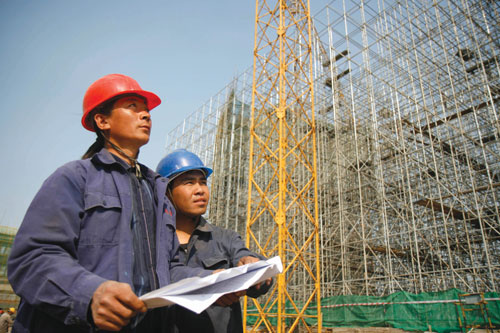 How to prevent a protest, June 5:

If China had chosen not to silence discussion of Tiananmen, it would probably only be remembered by a few activists inside the country and commemorated by some token news stories. There wouldn’t have been a week of media coverage in the runup to the anniversary detailing the ways Beijing was cracking down on dissent, or about undercover police officers blocking foreign cameramen in the square – thereby making it sound like a bigger deal than it already was. Few in China today really care about the events in Tiananmen Square… They have a better life than those who protested and are less likely to make a fight for greater rights today. But it’s probably not the people that wish to remember the events of June 4, 1989 that Beijing is worried about. It’s the protests over factory closures, the forced relocations and local corruption that are happening right now across the country.

The protests in Iran that followed the contested election there have been notable for the degree to which they have made use of social media tools such as Twitter… China’s online censorship regime is comparatively effective. Trying to control the world’s largest internet population has given China unsurpassed experience in censoring online content. That makes me wonder if the Ministry of Industry and Information Technology (MIIT) might consider marketing its home-grown system overseas. China does not have many claims to leadership in advanced technology, but in internet censorship, it is the uncontested champion. The know-how China has gained puts it in a perfect position to act as a censorship consultant to foreign governments. Maybe a technology transfer to sweeten future energy deals with countries such as Iran and Saudi Arabia? It must have crossed the minds of at least a few entrepreneurial-minded MIIT officials.