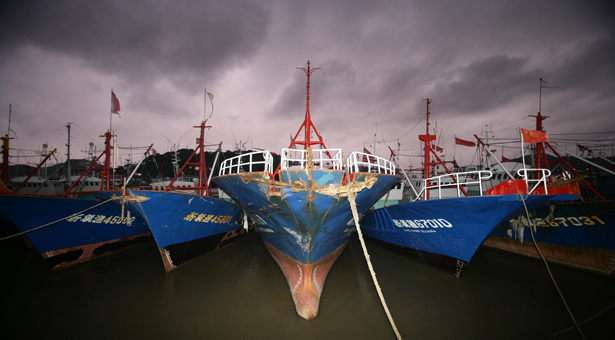 Chinese leaders encountered choppy waters last year, first with standoffs over disputed territory in the South China Sea with Vietnam and the Philippines, and later with Japan in the East China Sea. Those paying close attention to each run in between rival nations would note the wide variety of vessels: coast guard ships, navy warships, surveillance boats, fishing regulatory vessels and more. With so many different ships sailing the seas, no wonder they were encountering rival nations.

A plan announced this week won’t reduce the number or type of ships on the seas but will bring many of them under the authority of a single agency, the National Oceanic Administration. The consolidation, part of a larger effort to streamline China’s agencies, has broad implication for Chinese national security and foreign policy, despite claims that the move has “no military thinking behind it.” Unified leadership of the previously fragmented maritime agencies is necessary to ensure that territorial disputes in the South and East China seas don’t boil over.

The change could go a long way to leash the so-called “nine dragons stirring up the sea,” or the many Chinese agencies whose lack of coordination threatens maritime stability. Consolidation gives NOA, sometimes referred to as the State Oceanic Administration, oversight of the Ministry of Public Security’s coastguard patrols, the Ministry of Agriculture’s fishing patrols and the anti-smuggling efforts of the customs administration. The NOA already oversees marine surveillance.

Placing these various duties under one agency will make it easier to quickly diffuse maritime disputes. Take, for example, the tensions in the South China Sea. China, the Philippines, Vietnam and others contend that all or part of the sea falls under their control. Low-level Chinese officers patrolling for fisheries violations, for instance, could encounter Vietnamese fishing boats that they deem to be fishing illegally. If Chinese patrols move to detain the fisherman and Vietnam’s own patrol boats attempted to intervene, the standoff could quickly spin out of control if neither side backs down.

In such a situation, cooler heads in Beijing would need to quickly intervene to diffuse the situation. That process will be simpler if the security duties are combined under the NOA rather than spread across many agencies.

The consolidation may reduce the number of dragons stirring the sea but will not fully eliminate the potential for miscommunication. The navy of the People’s Liberation Army will continue to patrol the seas and obviously must remain separate from civilian enforcement agencies. Provincial and local governments along the coast could also drive disputes in a rush to grow their economies through fishing and sea-related tourism. Chinese energy companies exploring offshore could also lead to standoffs with rival nations.

Perhaps the most sensible reform to tame the seas would be to make all agencies answerable to the Ministry of Foreign Affairs. Among the many agencies, the ministry alone has the authority to negotiate with rival nations, the key to resolving potential disputes. The ministry has no clear authority over many of the other agencies and is outranked by the Central Military Commission with oversight of the PLA Navy. Elevating the ministry would ensure that top-level policy matches up with actions on the seas.

The plan announced this week to reduce the number of agencies begins to address the potential for miscommunication that could lead to conflict in disputed waters around China. But it falls short of giving the motley crew of agencies the single cool-headed captain they need to steer into calmer waters.