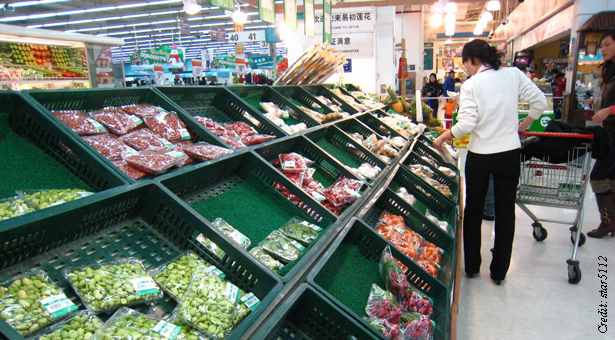 Adil Husain is president of Emerging Asia Group, a market intelligence and M&A firm headquartered in Shanghai. Chenni Xu is a consultant at the firm

Rat meat passed off as lamb meat, dead pigs dumped in the Huangpu river, milk tainted with melamine and rice contaminated with cadmium – living in China, it sometimes seems like our food comes from the infamous factories of Upton Sinclair’s The Jungle. In the eyes of many Chinese consumers, any food safety violation that can happen already has. It’s just a matter of whether it has been discovered or not.

Historically, increased food safety usually comes from economic development, better-informed consumers, stricter manufacturing standards and increased transparency. But even in the UK, the recent discovery of horse meat in what were supposedly beef products underlines the fact that food safety issues do occur in more developed countries.

The situation in China, however, seems dire. A 2012 survey by market research firm Ipsos, in conjunction with China Business News, showed that more than 75% of respondents are concerned about the quality of everything from raw meat and seafood to grains and oil to dairy products, or in other words, nearly everything in a typical food pyramid.

This has reduced consumer confidence in domestic food companies and increased middle class consumer demand for imported food. Consumers prefer imported food because of the stricter safety controls during packaging and processing, the absence of unhealthy additives and the rigorous product testing – areas where China is lacking.

Nearly two-thirds of Chinese consumers reported a decline in confidence in domestic food quality in 2012, with nearly 30% reporting that they intend to purchase more imported food products in lieu of reputable domestic brands. Dairy products top the list of most purchased imported food products at 77%, followed by grains and oil at 57% and children’s food at 56%, mirroring the list of recent food contamination scares.

So how can confidence be restored in domestically sourced food? More stringent government regulations and oversight are one important way. But domestic food businesses need not wait for government.

There is an opportunity for businesses in China to tap into the demand for foods that are perceived to be healthy or at least safe. Businesses can gain consumer confidence by providing transparency regarding their supply chain, meeting or exceeding the food safety standards of developed countries, properly training employees who handle food and ensuring that customers are aware of all these commitments.

Transparency of the food supply chain, especially regarding the handling of raw materials and processing, begins with educating consumers about the food production process itself. This not only builds confidence but also helps consumers to hold a business accountable in the future.

One example is Metro Group, a German retailer with significant operations in China. In 2007, Metro Group set up Star Farm, a local consultancy company and purchaser of agricultural products, in cooperation with the Chinese Ministry of Trade and local authorities. The objective of the project is to train local farmers, factory workers and retail employees in food quality, safety and traceability along the entire value chain for both domestic and export markets. Currently, Metro Cash & Carry offers customers more than 1,000 products bearing the Star Farm seal.

In 2009, Star Farm introduced an integrated traceability system, with bar codes and QR codes on domestic food products traveling from farm to market, providing consumers with transparent and clear information about each product’s sourcing.

Star Farm’s traceability system begins at the farm. Next, the factory uses the system to ensure compliance with strict good manufacturing practices (GMP) and Global Food Safety Initiative (GFSI) standards. The codes – which can be tracked on Star Farm’s website, through an iPhone app or by an in-store terminal machine – provide immediate access to the name and address of the originating farm, basic logistical information and the inspection report of any Star Farm product.

While Star Farm focuses on grocery purchases, restaurant chain Element Fresh is training its employees on standards for the safe handling of food in its central kitchens and at its restaurants. The concept is that although food safety is supported by well-designed systems, systems are ultimately driven by people. Proper training is needed to operate the restaurant’s raw purchasing, cold supply chain and kitchen based on hazard analysis and critical control points.

Businesses can choose to exceed rather than just meet regulatory standards. Inner Mongolia’s Kerchin Cattle Industry, one of the five biggest profit earners in China’s beef industry, is an example of such a business. In 2001, the company built a slaughterhouse, designed and supervised by German engineers, that it claims is in full accordance with EU regulations.

Such best practices coupled with better communication with customers, preempt consumer doubt and help them to recognize safe and healthy sources. By operating a business that is accountable to customers, Chinese companies can provide a viable and presumably less expensive alternative to imported food products. However, until the widespread adoption of these practices, imported food products will continue to enjoy a strong preference among those consumers who can afford the sticker price.

Revision: An earlier version cited a statement made by Kerchin’s chairman at an off-the-record event. The article has been updated to reflect publicly available information.