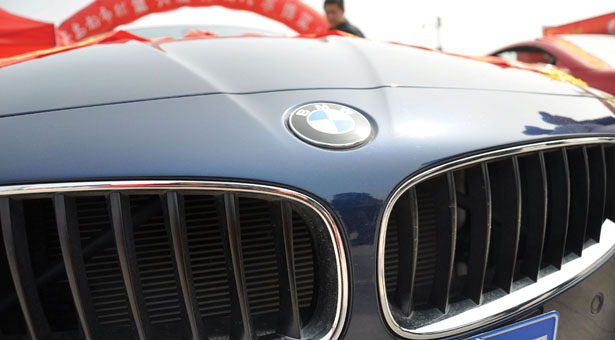 China’s auto industry has a short history. Only 54 years ago, First Automobile Works produced China’s first car, the Hongqi CA770, in the northeastern city of Changchun. The Hongqi, or the “Red Flag,” was a ride for Chinese officials, a symbol of power and status at a time when most people felt fortunate to have a bicycle.

In the decades that followed, the Chinese market gradually opened to other auto brands. Since then, Chinese car manufacturers have had trouble re-capturing the Hongqi’s sense of prestige. Most high-ranking Chinese officials now favor luxury German sedans with blacked-out windows, especially Audis and BMWs, underlining a popular belief that owning foreign brands is an easy way to gain status.

Driving has historically been an elite activity in China, but that is rapidly changing. Annual car sales have risen 265% since 2005. As of February, 239 million Chinese had a driver’s license, and 228 million owned cars. It remains to be seen whether China’s future car owners will continue to seek out foreign cachet or be lured by cheaper prices in the domestic industry. CHINA ECONOMIC REVIEW spoke with a variety of Chinese consumers and auto industry employees to explore how Chinese preferences are changing.

Timothy Zheng, a business development manager at a Chinese internet company in Shenzhen:

I’m thinking about buying my first car. I may only drive it with friends or for fun on weekends – it’s too expensive to drive to work every day. Besides, our company offers a shuttle bus, and it’s a good chance to get to know my coworkers. The car needs to be less than RMB100,000 (US$15,850) with a 1.6-1.8 liter engine. I’m considering a Great Wall or a Geely Emgrand, my favorite domestic brands. Local cars work fine for getting around; the problem is they often fail in some details. For example, the window controller and windshield wipers malfunction unexpectedly. But I think a domestic brand would be a good choice since this would be my first car and I’m a new driver. If the car gets hit or scratched, it won’t bother me as much because it’s cheap. I’ll consider buying a new car in two or three years if my income grows. Honestly, if the quality of domestic cars improves, I really want to continue to support them.

Ms. Ni, a sales consultant at a Shanghai dealership for Roewe, a luxury brand based on technology SAIC acquired from defunct British carmaker MG Rover:

I haven’t seen our sales volume change much since I started working here two years ago. We sell 70-80 cars a month, but it’s clear that prices fluctuate more than before. We have more promotions now: We used to give a RMB10,000 (US$1,581) discount on every car, but now we give RMB20,000 (US$3,163) off. Most of our customers are middle-class buyers with families. They care most about price and comfort, but brand is also an important factor, as well as promotional packages, such as auto accessories. Only about half of customers ask about safety features – I guess they think they have good luck. Before only about 40% of customers seemed to care about oil consumption, but that’s risen to about 60% now. I don’t see the disadvantage in Chinese-made cars, but it will take time for local carmakers to develop strong brands. No matter how much money consumers have, they always want a better brand.

Yan Yuan, a manager of Mercedes-Benz dealership in Jiangsu province:

Our target consumers are successful people like entrepreneurs and property owners. My opinion is that people buy Mercedes-Benz to display their wealth and success. Foreign brands have this advantage, unlike cheap and low-quality China-made cars such as the Chery QQ. Few Chinese people buy cars for patriotic reasons; they only buy domestic brands because they are practical and cheap. I believe that if people have been using foreign brands for a long time and get used to them, they won’t want to switch to domestic brands, even if the domestic ones are luxury models.

I’ve been thinking about buying a car for about a year now because I hate crowding into the subway to commute. My priorities in purchasing a car are design, brand and the price-to-performance ratio. I don’t know a lot about cars, but I gravitate towards certain brands. I was debating between the Mini Cooper and [Volkswagen] Golf. Both have a sleek design, but I finally narrowed my choice down to the Golf VI with 1.6-liter engine, which is assembled in China by FAW-Volkswagen. I test drove the Golf, and the height is perfect for girls. The oil consumption, engine and model are all very nice. I wouldn’t have considered buying a domestic brand – they are just cheap copies of foreign brands. But I think local brands could have a bright future, especially among consumers in third- and fourth-tier cities, if they had clearer market positioning.

Zhang Yinfan, a college senior in Shanghai, driving a Buick made in China by Shanghai General Motors, GM’s joint-venture with SAIC:

Safety is my first priority, and unfortunately most domestic brands don’t meet the same safety standards as foreign brands. There’s also a gap in design, production, marketing and aftermarket services. I love German brands like Mercedes and Volkswagen, but I drive a joint-venture brand myself because it has better aftermarket services and fits local conditions; for example, the engines are usually smaller. I think the priority for local manufacturers is to improve their brands – the gap in technology is not the most important factor. The car market has been really competitive in recent years and consolidation is coming. Both local and foreign brands are going to face problems with over-investment.