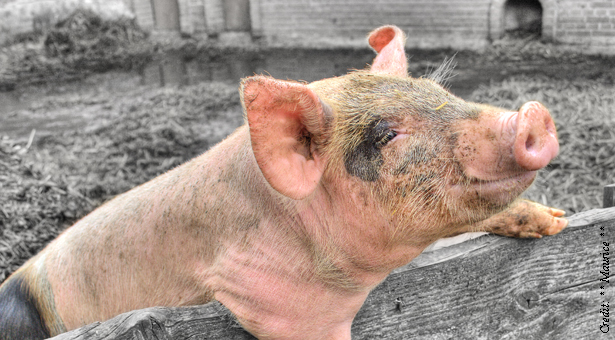 How to break into China's piggy bank following the pork megamerger

The media has been going whole hog on coverage of the China’s Shuanghui Food Holdings acquisition of Smithfield Foods (SFD.NYSE), the world’s largest pork farmer and processor. The Wall Street Journal at one point on Thursday, the day after the deal became public, had nine articles related to the acquisition on its China page. The US$4.7 billion purchase, which would be the largest Chinese acquisition of an American company, is certainly a big deal. While such a major M&A usually raises interest in investing in a sector, there actually aren’t many plays on the news for equity investors. Only institutional funds with the right permits can invest in Henan Shuanghui Investment & Development (000895.SHE), Shuanghui’s listed subsidiary in Shenzhen, or other mainland listed pork companies. Internationally, the major play was meat processor Zhongpin (HOGS.NASDAQ), but the company is on the verge of going private. That leaves No. 2 pork producer China Yurun Food Group (1068.HKG), which did indeed see its Hong Kong shares rise 1.9% on the news of Shuanghui’s acquisition. But the stock’s rise seems to defy logic as the deal would presumably make Shuanghui harder to compete with. Nevertheless, with a price-to-book valuation less than 10% of Henan Shuanghui and well below others in the sector, Yurun appears to be cheap. With few plays to be had on China’s pork sector, the company may be worth considering on the valuation alone.

Chinese regulators have quietly reopened its airline market to independent carriers after a six-year hold on approvals. In the past month, the country’s airline regulator gave the green light to Ruili Airlines, based out of southwestern Yunnan province, and Qingdao Airlines, based out of northeastern Shandong province. With profits dropping by half in 2012 for the big four airlines, the last thing the sector seems to need is more competition. However, the major airlines – Air China (AIRC.NYSE, AIRC.LON, 60111.SH, 0753.HKG), China Eastern Airlines (CEA.NYSE, 600115.SH, 0670.HKG), China Southern Airlines (ZNH.NYSE, 600029.SH, 1055.HKG) and Hainan Airlines (900945.SHA, 600221.SHA) –  likely won’t be hurt by these small upstarts and may even be helped, said Patrick Xu, a Hong Kong-based transport analyst for Barclays. The majors already serve the cities of Kunming and Qingdao, competing in the home hubs of each of the new airlines. The smaller carriers may actually help the Big Four if they serve smaller cities that aren’t covered by their larger counterparts, feeding those travelers into the existing flight network. “I think these new entrants will fill in the empty spaces and provide additional feeder traffic,” Xu said. The majors also won’t need to worry about further carriers flooding into the market: With tight profits across the sector, there isn’t that much incentive to launch an airline. New competition or not, poor profits does mean it’s not a good time to buy into the major carriers, and investors should hold out for signs of a turnaround.

No better way to break into a culture than to marry into it. American International Group (AIG.NYSE; 8685.TYO) announced that it was getting hitched with People’s Insurance Company Group of China (PICC; 1339.HKG) to form a joint venture on Thursday to sell life insurance in the mainland. The American firm is looking to break back into international markets after selling off many of its foreign units to pay back its 2009 bailout by the US government. For its dowry, AIG will put in US$4.1 million on the operation while the Chinese insurance giant will contribute US$12.25 million, according to a PICC statement. Admittedly, the two were already in bed together after AIG took a US$500 million stake in PICC’s initial public offering at the end of last year, and the JV is tiny by comparison. For investors in PICC, the implications of the deal are small but positive. The Chinese firms can expect a boost to its reach on the mainland. “It will strengthen [PICC’s] market share in China,” said Olive Xia, a Shanghai-based insurance analyst at Core Pacific-Yamaichi International. “That will happen because it will bring more expertise in product development to the joint venture.” Investors in New York may have been watching the deal more closely than those in Hong Kong. However, the JV should not be overlooked as a move that will give PICC a firmer hold on the mainland insurance market.

More bad news this week for the Hong Kong IPO market as Langham Hospitality (1270.HKG) flopped on its debut Thursday. The shares had fallen by more than 9% from the issue price at market close. IPOs may still be under the curse of mixed sentiment, as one analyst suggested last week. Perhaps it’s best not to read too much into Langham, as it was mostly a play on the Hong Kong hotel market rather than on the mainland. China Galaxy Securities (6881.HKG) continues to trade above its issue price by more than 5%, while Sinopec Engineering Group (2386.HKG) trades below by a similar margin – continuations of their day one trends. More big issues are on the horizon to test the market, so sentiment at least hasn’t frozen out the market. Most notably, mid-size China Everbright Bank will forge ahead with a planned July listing in Hong Kong hoping to raise up to US$2 billion.